Lauren Shippen on her Bright Sessions Novel, Working With Kelly Marie Tran and The Future of Podcasts 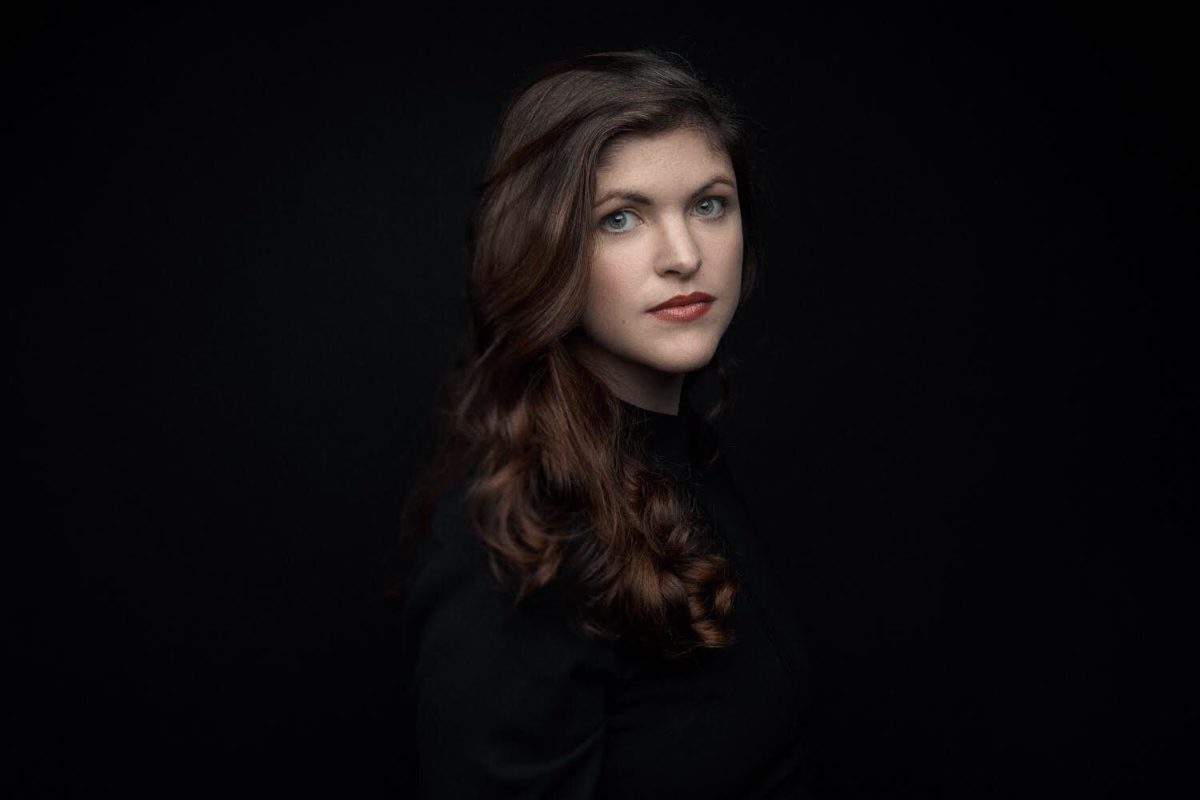 Lauren Shippen is having a very big week. And month. And year. The creator/writer of/actress on The Bright Sessions podcast is working on a new podcast, Marvels (yes, like the comics) on Sticher premium. She recently wrapped the first season of The AM Archives, a spin-off of The Bright Sessions. The AM archives was carried by Luminary, and was Shippen’s  first foray into premium podcasting. Shippen also just debuted another podcast project, Passenger List, starring Kelly Marie Tran, which dropped on Monday. Oh, and did we mention that her first Bright Sessions novel, The Infinite Noise, will be released by Tor Teen on Tuesday the 24th? Thankfully, Shippen was able to take some time out of prepping for her book tour and her many other projects to talk with us about Passenger List, The Infinite Noise and the evolving landscape of podcasts in general.

For those of you not familiar with The Bright Sessions, the audio drama explores the practice of Dr. Joan Bright, a psychiatrist with a focus on treating those with strange and usual abilities. These people, known as atypicals, have abilities that range from mind reading, to spontaneous, panic-induced time travel, and mind control. The Infinite Noise is the first of three planned novels exploring various characters from the podcast and focuses on teenage empath Caleb and his classmate (and complicated crush), Adam. Shippen summed up the novel for us:

“It is a story about two boys in high school who are both struggling to fit in for different reasons. On the one hand, we have Caleb, who is your consummate jock character except, he has this supernatural ability where he can feel what everybody’s feeling around him at all times, and on the other hand we have Adam…who is the quiet, emo nerd, who struggles with depression and always feels like he’s on the outside of everything…It’s about the two of them connecting, both through the people that they are and through Caleb’s empath ability and figuring out how to fit together.”

Caleb and Adam’s slow burn romance was one of my favorite aspects of The Bright Sessions, which is fantastic all around, So I was so excited to hear that these two would get the first novel treatment. It’s a good starting point for fans of the show, because as, Shippen explained, out of the three planned books “This is the one that tracks closest to the podcast.” But it’s also completely accessible to new fans and readers who would enjoy a sweet, slightly supernatural, queer teen romance.

Shippen enjoyed how the novel let her do beyond the format of The Bright Sessions, which is told almost entirely in the form of session recordings. The novel is really about “all these things that happened off the recorder,” Shippen said. Now, Shippen can tell both sides of the story and in a far more intimate way. I joked that it’s almost like she got to write fanfic of her own series, but Shippen agrees it was a similar experience. “Definitely when I wrote that first kiss…it was that feeling that I get when reading or writing fanfiction.” Shippen is a proud reader and writer of fic, which delights me. “I’m such a sucker for like pining and slow burn,” Shippen confessed (also: SAME), “Those are always the tags I’m filtering into on Ao3.”

But adapting a story from her podcast also had its limitations. “Honestly, it tracking so close to the podcast was a real point of frustration a lot,” Shippen shared, noting that being stuck with the specific dates (and the questionable presence of football practice in the winter and spring) from podcast was sometimes hard to square with the narrative of a novel. “There were a lot of things I didn’t consider,” when initially writing the story for the podcast and drafting the first chapters of the book at the same time. “Like football,” Shippen laughed, noting that “The Bright Sessions takes place in an alternate universe where football takes place year-round.”

And The Bright Sessions, when it began, was all Lauren Shippen, which is why her current packed calendar and list of projects is so inspiring. She started small, but worked tirelessly to make a great product. And that’s the real beauty and potential of Podcasts as an art form. The “main run of The Bright Sessions was recorded in my bedroom,” Shippen explained when discussing how small it was.

It just grew out of me wanting to make something of my own. And having this idea about this girl who lie me had Panic attacks but unlike me time traveled when she had panic attacks…It was truly an experiment, I did everything myself until episode 17 when I got my sound designer, Mishca Stanton…It really was something that was always meant to be just a creative experiment.

It was a creative experiment that listeners responded to, especially the way the show explored mental health and trauma and so easily incorporated diverse characters and voices. “The stakes were so low I was just able to explore,” Shippen went on. “To all of our surprise and joy it grew into this…runaway train situation, where it barreled away in ways we never expected.”

There’s been a lot of talk recently about “the future of podcasting,” with the focus maybe too much, on celebrities with built-in audiences stepping into the genre. But that discussion has almost entire left out audio drama, which is such an exciting and accessible form. “It’s a very interesting moment for audio fiction right now, ” Shippen mused. Podcasts, like Limetown, have become the basiss for television and well known actors like Ramil Malik stepping into the form have provided “more mainstream access points” for audiences, according to Shippen which will make fiction podcasts “more appealing to people and hopefully bringing in in larger audiences and bringing in mass appeal.”  Speaking of mainstream access points, Passenger List, which Shippen co-wrote with John Scott Dryden, and Mark Henry Phillips stars an actress whose next film might just be the biggest release of 2019: Kelly Marie Tran of Star Wars: The Last Jedi. 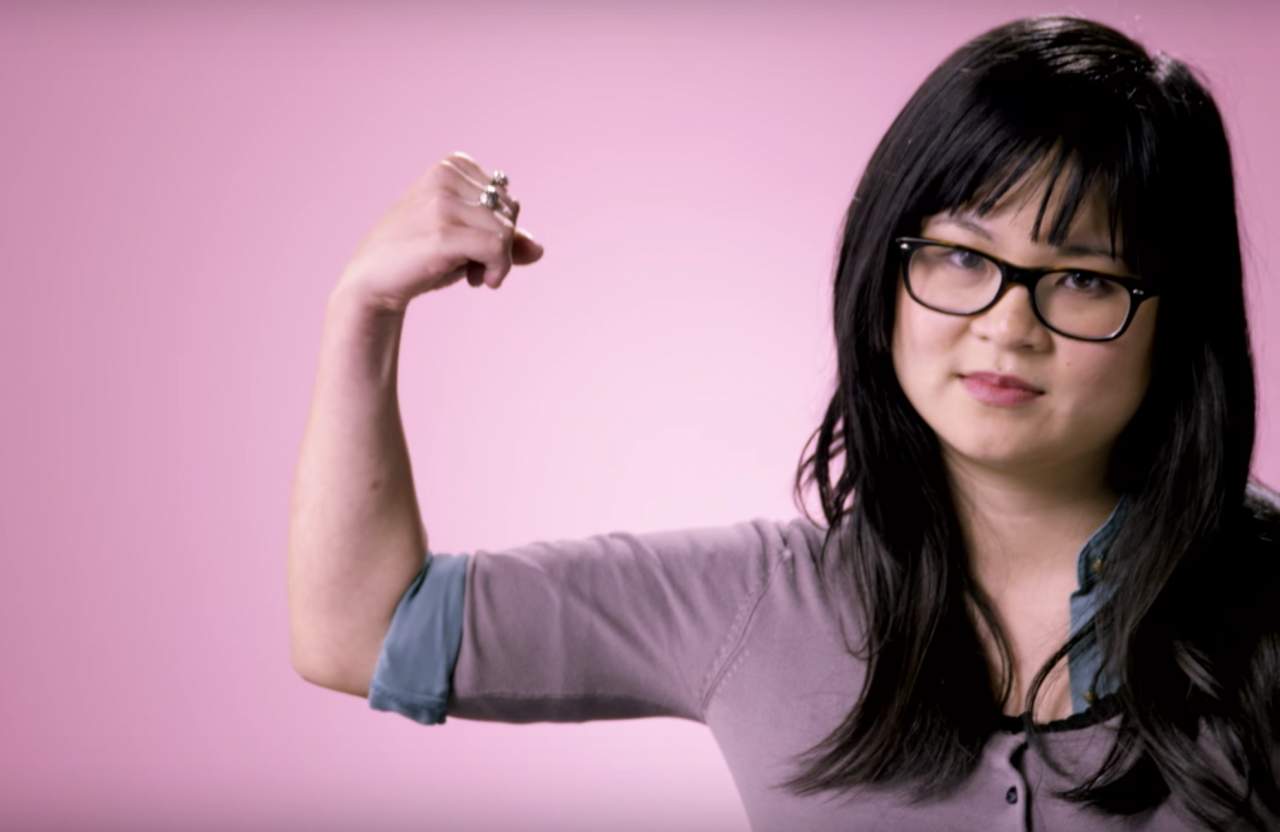 Along with Tran, Passenger List also boasts the voices of Colin Morgan, Rob Benedict and Patti LuPone, but it’s Tran who is at the center of the mystery, investigating her brother’s death. According to Shippen, working with Kelly Marie Tran “was incredible” She went on: “We knew we wanted a young, talented actress,” and hopefully a woman of color. “She was the first name that came up and then she said yes.” Shippen had nothing but praise for Tran: “One of the things that’s so wonderful is that she is so curious and so hungry to learn about all different aspects of a production. She treats everything that she does with a real learner’s mind.” Tran was interested by and involved in every aspect of the project. “She really was in so many ways the story producer on this. We sat together for about three days and went through every script and talked about her character and made sure that her character fit naturally in her voice and made sure that the arc made sense to her and resonated to her as an actor”

Tran’s character, Caitlin, becomes obsessed with what happened to her brother’s doomed flight, but the show is more than a mystery. “It becomes,really, this story about grief.” When the project was recording, Tran had just finished working on Sorry For Your Loss, which was also about grief and informed the process. “It was meant to be this kind of ripped from the headlines mystery and ended up being this contemplation of how we process losing somebody.”

Aside from audio drama, Shippen also believes there is a future in podcasts for premium, paid content, but it’s a hard sell. “In the podcast industry, I think there’s still a struggle to get people to take a risk and get people to pay for quality audio fiction.” But it’s also an area where there is a need. Quality audio fiction isn’t as easy to produce as a simple movie discussion podcasts and the creators of those works do deserve to be paid for their efforts. “You need to treat it like a TV show,” Shippen noted. And any well-produced show does take money and time. “We’re in a weird transitional moment where it’s the shining toy of the podcasting industry but it’s struggling to be taken seriously as an endeavor.”

Given her insanely packed schedule, it’s clear the industry is taking Lauren Shippen seriously, and her work will be in our ears, on our nightstands for years to come. The possibilities are Infinite.