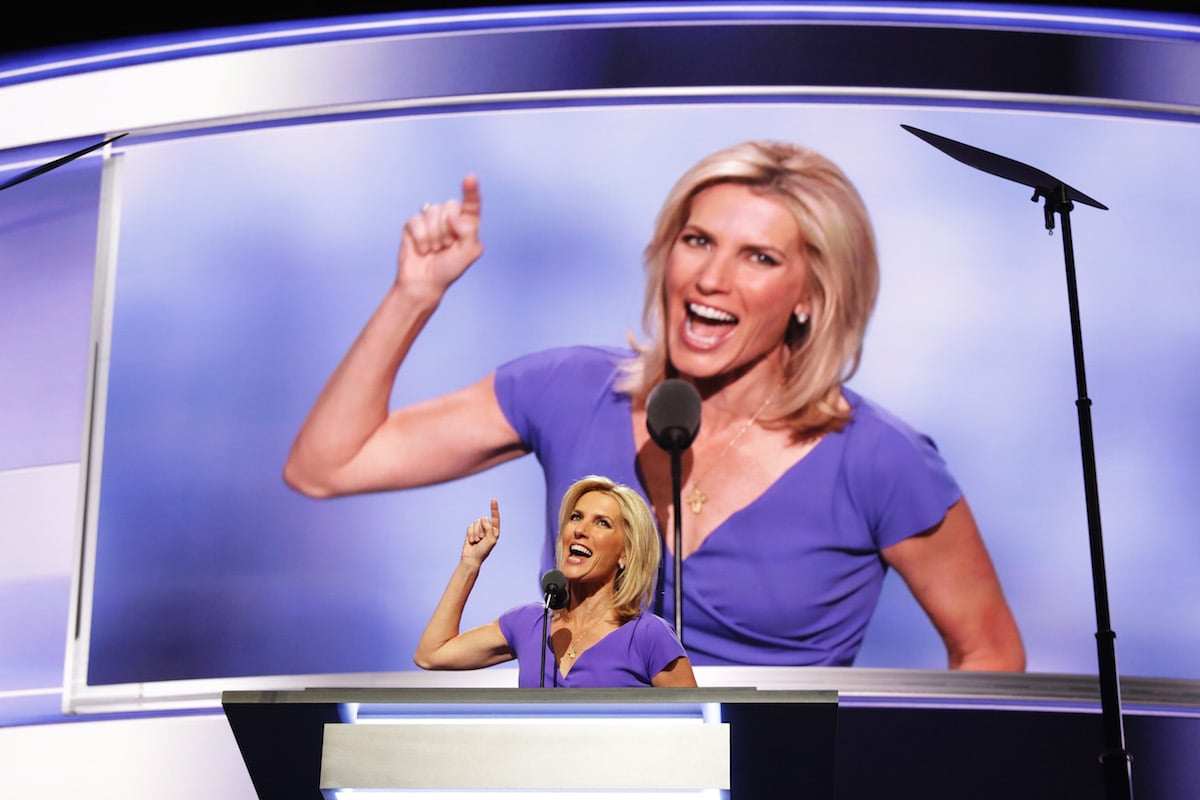 Fox News host Laura Ingraham is not known for her great takes on current issues. She lost a significant number of advertisers after mocking Parkland shooting survivor David Hogg for not getting into his top college choices. She’s the self-proclaimed free speech defender who infamously told LeBron James to “shut up and dribble.” She insinuated that the journalists assaulted and arrested in Ferguson deliberately provoked the police, in part by exercising their legal right to record interactions. Anyway, you get it. Laura Ingraham is bad, and she has bad opinions.

Still, I continue to find myself surprised when she manages to out-bad-opinion herself, like she did Monday, when she defended Trump’s “zero tolerance” policy of separating immigrant and refugee families at the southern U.S. border by declaring love–yes, the concept of love itself–to be a finite resource we must hoard and protect.

Laura Ingraham justifies family separation because “there’s only so much of the love you can spread around” pic.twitter.com/HTIw37KFo4

She was referring to a now-viral scene between a mother and her daughter being reunited after two months in which the mother said, “The laws here are harsh. And people don’t have hearts.”

Ingraham glibly said, “I understand the heart argument, I get the compassion argument.”

“But Americans have been struggling for, like, three decades, and haven’t seen a raise,” she continued. “So, there’s only so much of the love you can spread around, when your own family, an American citizen, or an American veteran on a street is having trouble.”

Cool sentiment, except 1. “Love” is not a limited resource, and 2. it would be a lot easier to accept that she actually cares about making sure Americans see that “love” if she and those like her weren’t constantly spewing hate.

Maybe we could believe that she cares about Americans seeing a “raise” if Fox News pundits didn’t belittle efforts to raise the minimum wage. She might be able to convince us she cared about American families if she didn’t do things like mock Jimmy Kimmel’s impassioned plea for health care reform when discussing his newborn son’s rare heart defect. (She mocked Kimmel because he is a celebrity and a liberal, which apparently undermines his status, in her mind, as an American and father scared for the life of his child.)

Do we believe she cares about love for American families, this woman who was sued by a former employee for discrimination after the employee became pregnant? (Ingraham denied those allegations.) And there’s no way she actually cares about America’s homelessness epidemic, as she has largely (and falsely) blamed the issue on–you guessed it–immigrants, and continues to serve as a mouthpiece for an administration that only works to hurt and grow the homeless population through their disastrous tax plan and health care proposals.

So maybe Ingraham is right and there isn’t enough love for everyone. Because she sure as hell doesn’t seem to have an ounce of it in her terrible, musty heart.