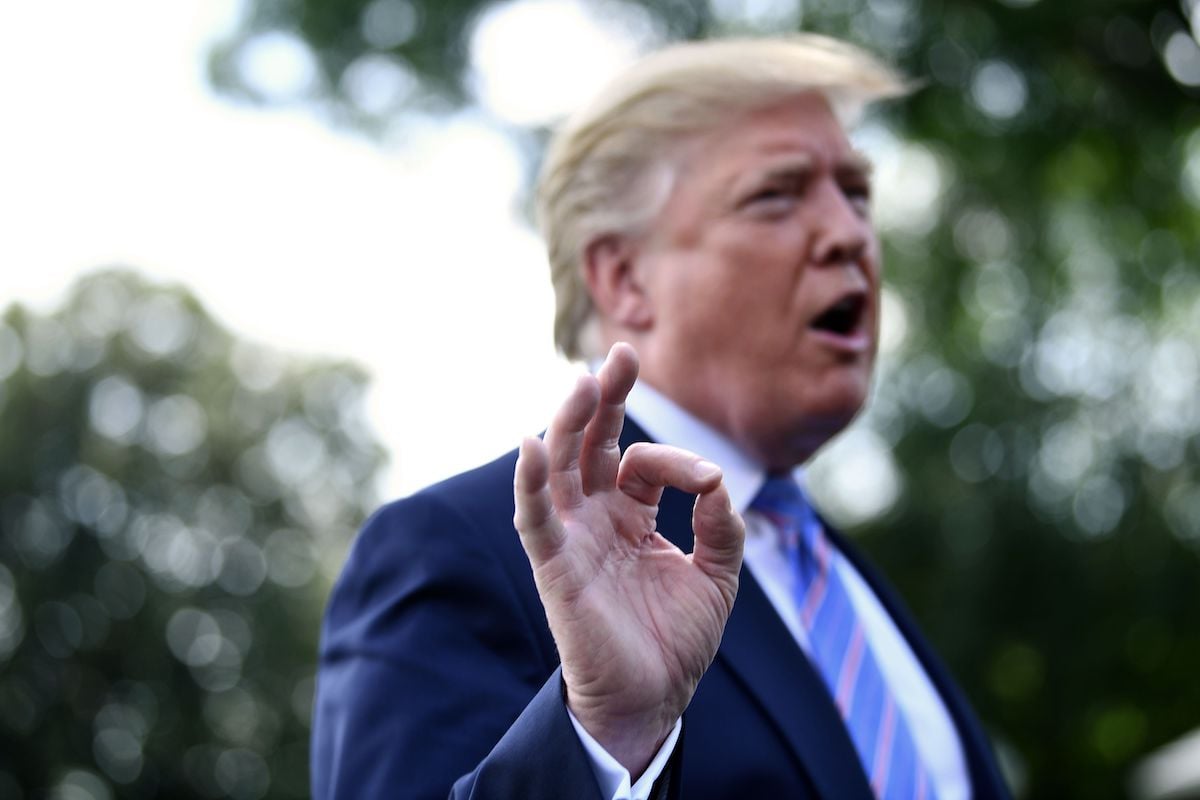 The New York Times is reporting that Donald Trump’s administration will begin penalizing legal immigrants in the country who rely on public programs such as food stamps, and could refuse to give them green cards. The regulation will go into effect in 60 days, and is designed to punish immigrants who can’t support themselves, rather than those who can. This was dreamed up by Stephen Miller, who, according to the Times, “views it as the most significant change to regulations that had encouraged migrants to come to the United States.”

“We certainly expect people of any income to be able to stand on their own two feet, so if people are not able to be self-sufficient, then this negative factor is going to bear very heavily against them in a decision about whether they’ll be able to become a legal permanent resident,” said acting U.S. Citizenship and Immigration Services Director Ken Cuccinelli, as reported by CNN. That’s flagrantly nonsense when workers at some of the country’s biggest corporations rely on food stamps to get by (notoriously Walmart and Amazon), but why try to fix things so that everyone can get what they need to live when you can just demonize people receiving assistance solely because of where they were born?

The Washington Post writes, “Analysts say the public charge change could dramatically reduce family-based legal immigration to the United States, particularly from Mexico, Central America and Africa, where economies have been suffering and incomes are lower.”

This is, of course, cruel and unusual. The government, not content with attacking refugees, asylum seekers, and everyone else, is now attacking immigrants applying for green cards by saying that if they use public programs, they are at risk of not being allowed to stay in the country. In its likely areas of effect, this move specifically targets immigrants of color, as well—particularly Latinx and Black immigrants—which is another cruel move on the administration’s part.

This was pointed out to Ciccinelli in the following exchange with a reporter:

Trump, his administration, and his supporters love to claim that they’re not racist when they target migrants on the southern border of the country. They’re not really racist, they say, as they keep children in cages, because they just want people to come to the country “legally” (reminder: seeking asylum is legal). However, they’re now making it harder for people to become legal residents of our country by placing these regulations in their way. If the legality was all that bothered them, they’d focus on making it easier to legally obtain residence or citizenship in the United States, not harder.

There really isn’t much more to say about this. This means, essentially, that only immigrants coming with a job in place or who have larger incomes can receive green cards. Immigrants who are trying to come to the country for a better life, who might not have a job lined up or whose incomes are lower and require assistance for themselves or to care for their families, will face more struggles. As the Washington Post says, this will also affect families’ abilities to travel together. This is cruel. There is no other way to put it.

Trump claims he wants legal immigration, but really he wants to make it harder for immigrants of color to come to the United States, no matter how they do it. He’s previously admitted as much, saying that he’d like “more people from places like Norway” instead. Only the willfully oblivious don’t know what he means by that. It’s a deeply cruel practice, and one that we need to push back against as vocally as possible.