The Last Jedi Will Clock in as the Longest Star Wars Movie Ever Made. Is That a Good Thing? 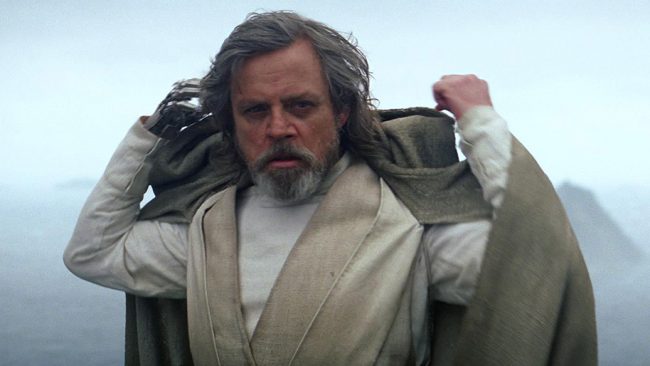 Rian Johnson’s turn in the director’s chair is hopefully excellent, but what we know for sure is that it is will take up a significant chunk of your time.

Movies, especially science fiction and fantasy movies, have been expanding in length for the last few years, ending up with results that can be either brilliant or seem way too over-padded. It’s become a trend: sometimes the initial movie runs so long they end up splitting it in half and making it a two or three-parter that no one asked for (I’m looking at you, The Hobbit).

I’m immensely excited for The Last Jedi, but I can’t figure out if the news of the movie’s runtime makes me happy or wary. The happy part of my brain is screaming “More Star Wars! All of the Star Wars!” while the wary voice whispers that maybe all that length wasn’t necessary and the film may be hard on my brain (as well as my bladder).

As Syfy reports, at 152 minutes, Johnson’s Last Jedi grabs the title of longest Star Wars movie ever. Previously the record holder was Attack of the Clones, at 142 minutes. The Last Jedi will be two and a half hours; by contrast, A New Hope and The Empire Strikes Back were both almost exactly two hours long. While Attack of the Clones is actually my favorite of the prequels, I think most of us agree that all of those films could’ve used a hearty shave.

I know a lot of you are thinking, that’s only a half an hour difference, Kaila, WTF? But in a theater, watching a film for the first time, half an hour can feel like a thousand years if the content isn’t super compelling. At around the two hour mark, in my experience, you start feeling like you want to stretch your legs and maybe go for that bathroom run. Not to mention, while I love Star Wars and I have friends who will treasure every frame of The Last Jedi, this is a time commitment for anyone who’s a casual Star Wars fan or not a fan at all. If I tried to make my sister sit through this film she would disown me. 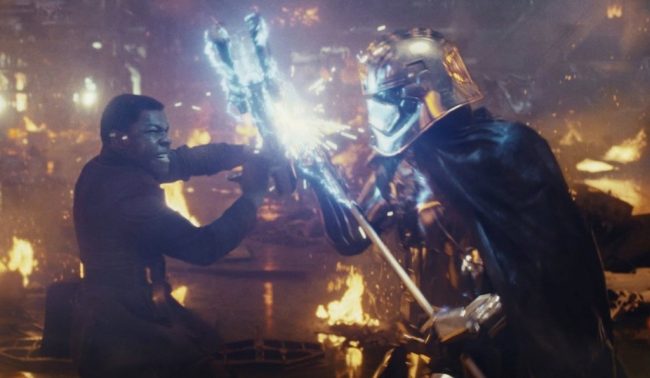 I know my preference for shorter movies is hardly universal—there’s a reason extended editions exist—and I am crossing all my fingers that The Last Jedi holds up as well as a feature as it tantalizes in trailers. Johnson has a lot of story ground to cover, with a ton of moving parts: from what happens with Rey and Luke, to Leia and Poe, to Finn’s adventures with Rose; on the other side of things we have Kylo, Hux, Phasma, and Snoke skulking about. Not to mention what’s surely a plethora of new characters and species to meet. Maybe this runtime will feel just right.

What do you think? The more Star Wars the merrier, or do directors and studios need to learn how to cut back?