The Last Jedi Will Deal With Some Very Empire Themes 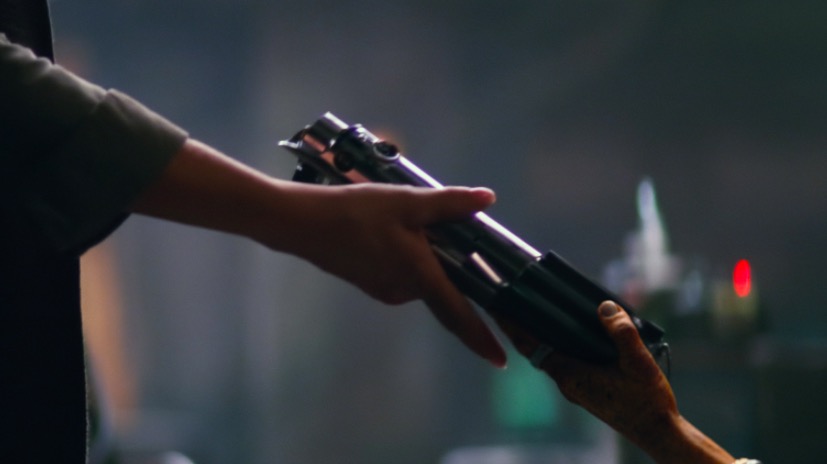 Entertainment Weekly recently posted a bunch of new images from Star Wars: The Last Jedi, as well as two articles about the upcoming film. If you’re one of those readers who avoided the trailer after Rian Johnson tweeted to “absolutely avoid it” if you wanted to “come in clean,” you’ll probably also want to avoid reading these interviews.

Speaking to Entertainment Weekly, director Rian Johnson said that The Last Jedi will examine the pull between the dark and light sides of the Force. “There’s a history in Star Wars of the attraction between the light and the dark,” he said, “whether it’s the story of Anakin basically turning from this sweet kid and seeing his seduction to the dark side, or even with Luke.”

“Even though you never really believe he’s going to go over to the dark side,” Johnson continued, “the whole revelation of ‘I am your father’ has to do with Vader and this darkness that [Luke] thought he could just dismiss as ‘That’s the bad guy. I don’t have any of him in me.’ Suddenly he realizes ‘No, I come from him. I have quite a bit of him inside me.'”

Johnson, Daisy Ridley, and Adam Driver all hinted that both Rey and Kylo Ren will have to choose a side – and it won’t be a clear-cut decision for anyone. “[Rey] doesn’t really know what she wants,” said Ridley. “She really is trying to do the right thing and morally, her compass is really pointing north.”

However, she isn’t as tied to the cause of the Resistance as some of the other characters, and that leaves her future less clear. “The Resistance is really not that much to her,” said Ridley. “I mean, she’s been left her whole life, and very quickly is eager to sort of help other people, which is wonderful. She wants to be part of something. I mean, everyone wants to be part of something.”

Johnson elaborated on this idea of Rey choosing her path – an idea we’ve definitely seen in the trailers. “This is very much about Rey trying to figure out how she fits into all this,” he said, echoing the language of the trailer, “much like any of us as we’re growing up, as we’re transitioning from childhood into adulthood. You’re going meet people who you think are going help who don’t. And help is also going come from unexpected places.”