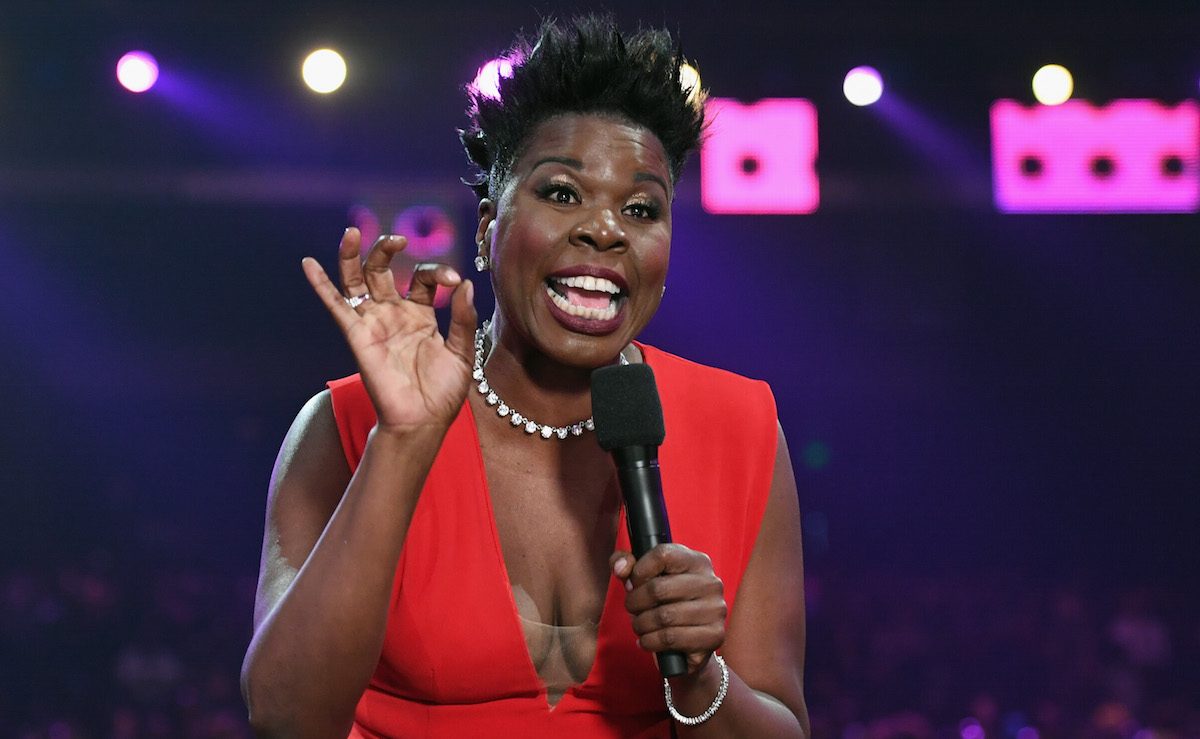 Leslie Jones’s Twitter is consistently one of my favorite things, whether the SNL actress is live-tweeting the Olympics or whatever movie she happens to be watching at the time—most recently, Avengers: Infinity War.

Jones’s social media blew up yesterday and Wednesday with her reactions to everything happening in that hilarious (“Why dude won’t tell Thor that he not a rabbit?”), crowded (“Ok can someone explain the the dude with stone in his head who is that?”), the beautiful (“Dayum!! Captain America!), the Thanos (“Like what a dick?”), and the tragic (“FUCK!! NOT SPIDER MAN!!”).

She had strong thoughts about plot developments:

No dammit lmao you just can’t do that

It was like watching the movie all over again, or watching it with your friend who hasn’t seen it and delighting in paying very close attention to their every emotional reaction. Some of the superheroes were all about it, like Chris Evans and Paul Bettany who responded:

You can see it in my eyes in this shot- I’m only human… well… Kinda. pic.twitter.com/0trb41Dh8a

Also, Jones reaching the end credits scene and discovering who Captain Marvel is and, like us, being incredibly excited because Brie Larson is amazing:

Um who is this captain marvel?! And why have I heard that before? Tell me more please? Where is she now? And where is the justice league? I’m pissed like tell me this marvel lady!!

I LOVE YOU!! Why you didn’t tell me you was gonna be marvel that’s so dope!!

A Leslie Jones take that I fully agree with though?

Ok I have slept on it the dude from the guardians of the galaxy fucked up everything. For though!