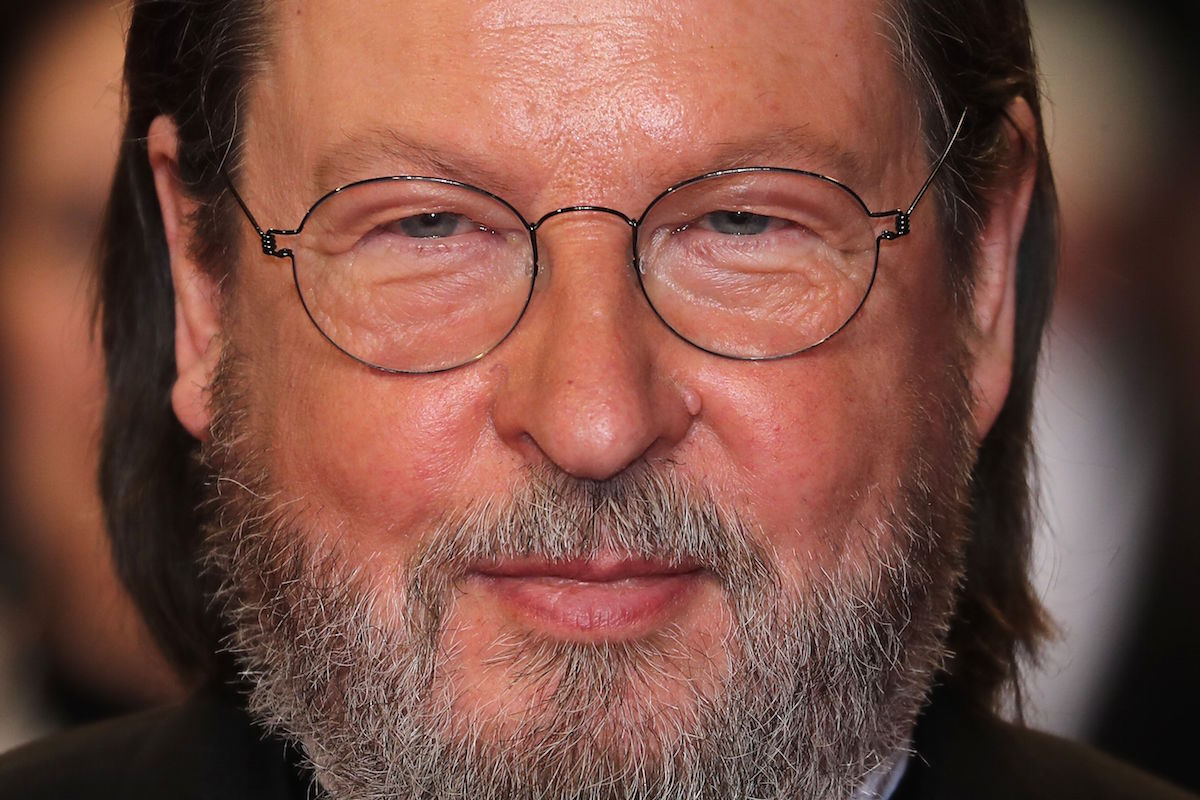 Back in 2011, director Lars von Trier was promoting his film Melancholia at Cannes when he made some comments (presumably jokes, except not at all funny) about being a Nazi and sympathizing with Hitler. The festival immediately banned him. They still let the film compete for awards, but said that if it won, Von Trier wouldn’t be able to accept it at the ceremony.

Now, seven years later (and only seven months after Björk accused von Trier of sexual harassment) the festival has apparently forgiven the director and allowed him to screen his new film, The House That Jack Built. Turns out that screening didn’t go too well, though.

I’ve never seen anything like this at a film festival. More than 100 people have walked out of Lars von Trier’s ‘The House That Jack Built,’ which depicts the mutilation of women and children. “It’s disgusting,” one woman said on her way out. #Cannes2018 pic.twitter.com/GsBGCoyHEG

The movie stars Matt Dillon as Jack, a serial killer. The story is told from his point of view and follows his killings, which he views as art, over the course of twelve years as he tries to create his murder masterpiece. The film currently has a 40% rating on Rotten Tomatoes, although that seems generous since most of the early reactions have looked like this:

Lars von Trier’s ‘The House That Jack Built’ was one of the most unpleasant movie-going experiences of my life. #Cannes2018

As of writing this, that 40% score is based on only twenty critics’ reviews, all of one of which is from a female critic.

If you’re curious as to just how violent a movie has to be to inspire 100+ people to walk out of a screening, Vulture’s Kyle Buchanan has a spoilery breakdown. It’s incredibly upsetting. (As is the trailer.) There’s animal mutilation and torture, the torture and murder of children with exceedingly lingering shots of their bodies, and what seems to be a deep hatred of women. From the sound of it, that’s not just Jack’s hatred, but the film itself’s.

Jack’s first victim is Uma Thurman’s character, whom he picks up when she has car trouble, and who proceeds to be, as Buchanan describes, “a needy ball-buster,” a crime worthy of death in this “incel murder fantasy.”

It’s worth noting that von Trier stacks the deck so considerably against Thurman’s character — as well as every female character in the movie, since they’re portrayed as dim, hectoring, or both — that a few members of the press-screening audience clapped when Dillon attacked her.

While Jack mutilates his girlfriend, played by Riley Keough, he delivers a monologue about how “men are the real victims.” Whether deliberate or not, this is a direct echo of the response to Björk’s recent accusations of sexual harassment on the set of Dancer in the Dark. Von Trier denied harassing the actress and singer, and his producer and frequent collaborator Peter Aalbaek Jensen said that on that set, “we were the victims.” He said of Björk, “That woman was stronger than both Lars von Trier and me and our company put together. She dictated everything and was about to close a movie of 100m kroner [$16m].”

On top of all of that, von Trier doesn’t even bother–or actively refuses–to give his female characters names.

Lars von Trier really is on some next level feminist trolling with the characters in THE HOUSE THAT JACK BUILT. #Cannes2018 pic.twitter.com/agJYf1GXVO

Many of the early reviews and reactions to THTJB invoke #MeToo, saying Von Trier Is “baiting” or “targeting” or ‘attacking” the movement. From the sound of it, it’s hard not to see it as such. Von Trier has long been criticized for presenting the torture of women (both onscreen and off) as art, and now he’s made a movie from the point of view of a man who tortures and kills women because he sees it as art. The women’s lack of names and their awful, nagging demeanors fit with the idea of committing to Jack’s POV. But it doesn’t sound like there’s any commentary on Jack’s view of women, or any differentiation between Jack’s opinions and the larger vision of the film. Rather, Jack seems by all accounts to be a stand-in for Von Trier himself.

I would say I’d reserve judgment until I’ve seen the movie myself but that is 100% never going to happen.