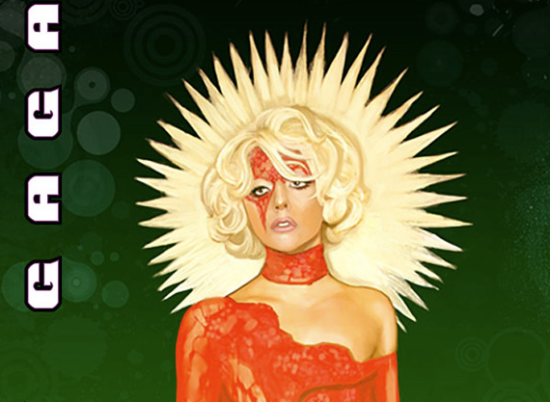 First there was [Grammy-winning album] The Fame; now, there’s “Fame: Lady Gaga,” an unauthorized biography of Ms. Gaga in comic book form. Sources say that it wants your love and it wants your revenge.

Bluewater Productions, the graphic novel and comic publishing house that’s also brought us William Shatner‘s Man O’War and an upcoming graphic novel about Sonia Sotomayor, is releasing the comic in time for May 5th, which is the date of “Free Comic Book Day,” a promotional event in which independent comic book stores give out mostly special issues of comics for free.

MTV’s Splash Page has gotten its hands on some of the covers from the upcoming edition, including the full version of the cover shown above and an alternate cover of a sunglass-wearing, blonde-poofed Gaga blowing you a kiss. Ooh la la, etc.