Plus an excerpt from the forthcoming book on monster maven Milicent Patrick.

Mallory O’Meara’s The Lady from the Black Lagoon dives into the story of Milicent Patrick, one of Disney’s first female animators and a movie creature-maker. As she researched Patrick’s life, O’Meara ran headlong into the sexism that had dogged her subject decades ago. Like an unvanquishable monster, it’s still alive and kicking.

“Milicent Patrick didn’t actually do any work on Creature from the Black Lagoon. She must have been just a hot chick used for publicity,” was just one of the many delightful sentiments from men directed at O’Meara about the subject of her book.

In reading some of the Tweets she received in the process of writing The Lady from the Black Lagoon: Hollywood Monsters and the Lost Legend of Milicent Patrick, O’Meara is giving voice to the sexism that women on the Internet encounter all too frequently. The messages are also a sad and striking parallel to what Milicent Patrick must have experienced as a female animator and artist in the heavily male-dominated film world of the 1950s. 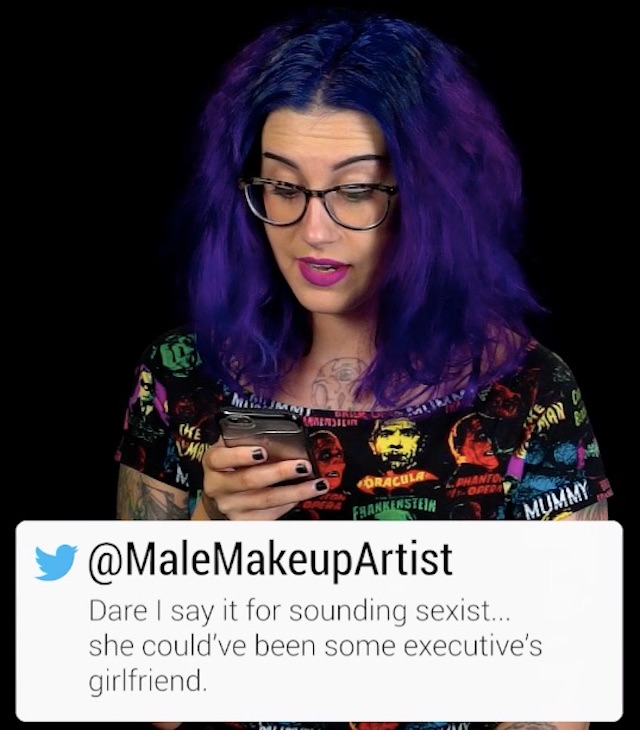 By exposing these tweets to the light of day Celebrities Read Mean Tweets-style—with tongue firmly in cheek—it’s the men who sent the tweets to O’Meara whose insecurities are laid bare. Imagine being so dedicated to the idea that a woman couldn’t be creatively competent that you’re driven to denounce her all the way into the next century. On Twiter. @-ing her biographer.

If you’re as curious about Milicent Patrick now as I am, you’re in luck. We also have an exclusive excerpt from the book below. But first, everything you need to know in bite-sized form:

The life and work of Milicent Patrick – one of Disney’s first female animators and the only woman to create one of Hollywood’s classic movie monsters reads like a true-life detective story (as told by your bad-ass best friend). Milicent was pushed out of Hollywood when a jealous male coworker took credit for her work. No one knew what happened to her. Until now.

Mallory O’Meara, a screenwriter and genre film producer for Dark Dunes Productions in LA, uncovers the full, fascinating story of an ambitious, artistic woman and a forgotten feminist trailblazer. She also points out the present-day resonances of Milicent’s work (Guillermo del Toro cites the Creature as one of his inspirations for The Shape of Water).

Now, without further ado, we go to The Lady from the Black Lagoon:

The phone rang for a few seconds. While it was ringing, the realization that I had absolutely no idea what I was going to say flattened me like an anvil in a Road Runner cartoon. My mind struck a perfect blank.

Lawrence Green sounded like a nice, older man. He was probably mowing a lawn and drinking homemade lemonade. Definitely not doing anything out of the ordinary, like searching through secret Mormon archives dressed like a night prowler. How was I going to make this not weird?

“Hi! My name is Mallory, Mallory O’Meara, and I’m a writer. I’m writing a book about Milicent Patrick and I was doing research about her life and found you listed as one of her relatives, along with a public phone number, so I, uh, figured I’d call.” All of this was said in one shaky breath.

There was a pause.

Lawrence was a little off-put and confused. This was understandable. After a few minutes of talking and convincing him that I wasn’t crazy, his tone warmed. He explained that he hadn’t been close to his aunt, but his sister was. He said he’d call her and give her my phone number so she could call me later. I thanked him profusely and he hung up.

In a car service on the way back from the archives, one important fact finally floated to the surface of my excitement. Lawrence was confused because no one else had ever contacted them about Milicent. No one else knew they existed. I was venturing into unknown territory. This wasn’t just the scoop on Milicent Patrick. This was the whole… I don’t know. Pint? Gallon? What is it actually a scoop of?

When I got home, I had to lie on the floor for a very long time. I was too excited to do anything else. I kept trying to remember that this might not work out. This family might think I’m a weirdo and never want to speak to me again. They might not know anything. They might be crazy cannibals. But something told me that anyone who referred to Milicent as “Aunt Mid” must have more to say.

Lawrence’s sister did call me that night. When I picked up the phone, an older woman introduced herself as Gwen and apologized for calling a little late (it was around 7:00 p.m.). She explained that she worked as a therapist at a college. Gwen was kind and patient and not freaked out in the least by me. She told me that she did some research beforehand and that I seemed like a nice girl. I went weak in the knees with affection for this woman.

I took a big breath and explained the project to her. I went into more detail than I did with Lawrence, telling Gwen about how Milicent was my hero and that I worked in the same industry that she did. Then, I had to ask the most important question.

“Is she still alive?”

I was nearly two decades too late.

The chance that I’d find Milicent alive had always been a slim one. But I’d held out hope, even though she would have been over a hundred years old. After all this time, I wanted so badly to talk to her. It took a few seconds to swallow my grief.

But there I was, talking to her niece! This was the closest I had ever been to Milicent and now, knowing she had passed away, probably the closest I ever would get.

We continued to talk and Gwen answered some of my big questions. After a few minutes, we both realized that this wasn’t something that could happen over the phone. Gwen very graciously asked if I wanted to visit. She had all of Milicent’s effects stored in big plastic bins at her home in Northern California and offered to take everything out so that I could go through them. Gwen just needed to talk it over with her husband, Frank, and she would get back to me about a good weekend.

We hung up and I leaped around the room while simultaneously calling and texting all the people closest to me. This was it. 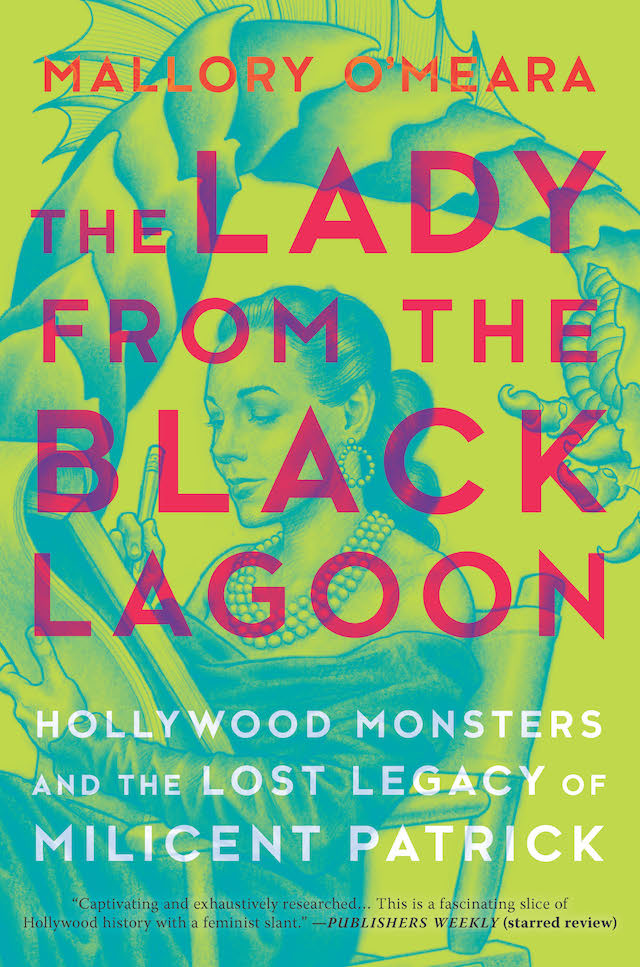