But how long before they can grow Krang? 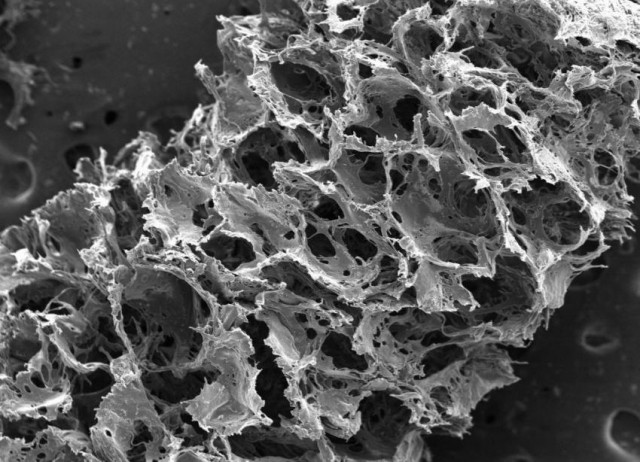 Rat brains are notoriously hard to grow without them being part of an entire rat. Some new research from Tufts University in Boston might change that, as they’ve discovered a way to grow artificial brain tissue that functions similarly to the brain of a rat.

Specifically, the new tissue behaves the way rat brains do after a traumatic injury or exposure to drugs. It could also provide a better model for research on normal brain function, and that could lead to better treatments for brain dysfunction.

The breakthrough is in how the tissue is structured. Typically lab-grown brain cells are flat, and earlier attempts to make them three-dimensional in a gel have failed. The new tissue developed at Tufts uses a silk protein as scaffolding for the neurons to anchor themselves to and allows axons to grow into a collagen gel. If the silk protein is cut into a donut shape and the middle is filled with just the collagen gel, then only axons will grow, forming differentiated areas of white and grey matter. 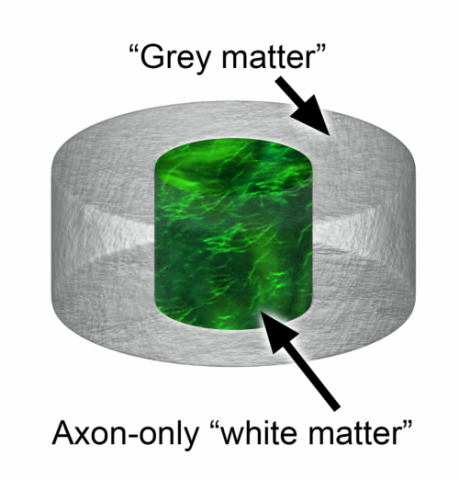 Try not to think about rat-brain donuts.

The grey-white matter distinction is another breakthrough in this material, as the earlier two-dimensional tissue could not effectively separate the two.

The team behind this innovation was led by Tufts University’s David Kaplan, Ph.D., the director of the Tissue Engineering Resource Center. Kaplan and his team will do further research to learn how they can make this tissue behave even more like a real brain. The more brain-like they can make the material, the more accurately brain dysfunction can be studied, which should lead to better treatments.

It’s really an exciting breakthrough that holds a lot of potential for brain research. Now, if you’ll excuse me, I have to go re-read Mrs. Frisby and the Rats of NIMH for no particular reason.

(via Proceedings of the National Academy of Sciences, images via Tufts University)