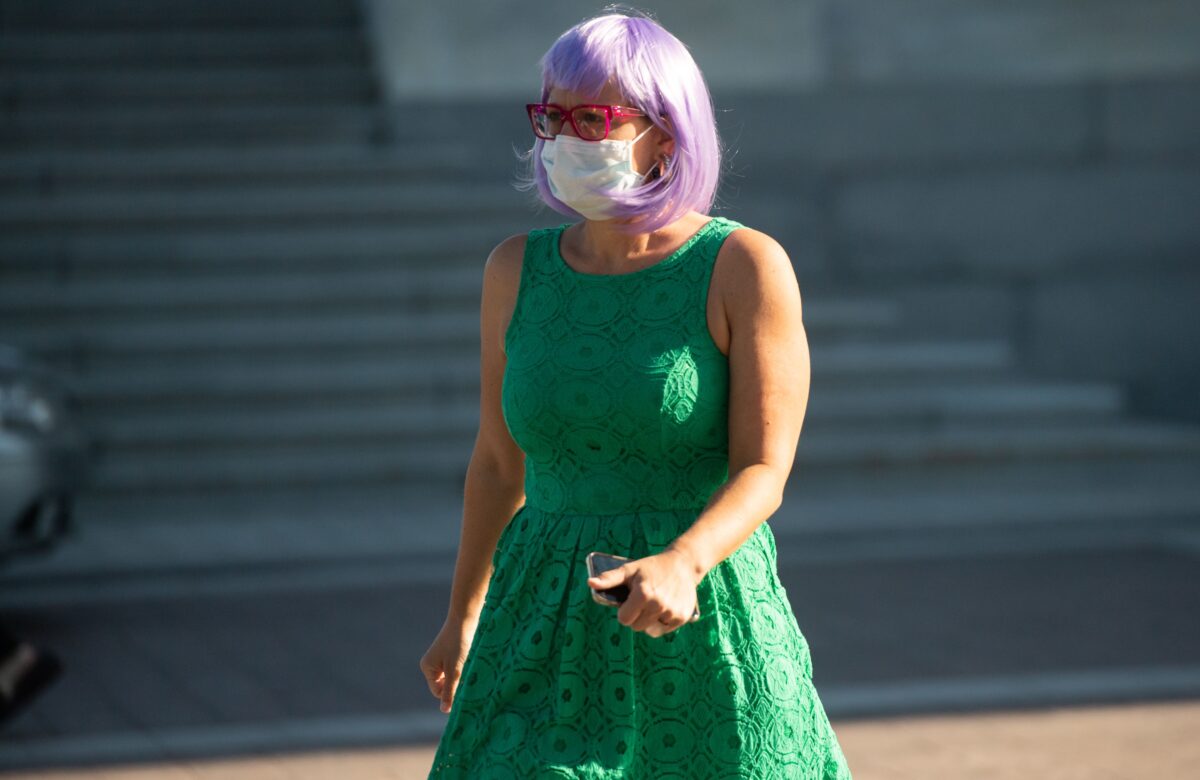 Arizona Senator Kyrsten Sinema has been a fashion icon since she took office. The first openly bisexual senator’s bold dresses, coats, signature glasses and coiffed blonde hair prove that being a Senator doesn’t mean you can’t look fabulous and express yourself. But lately, she’s been using her look to make a point about social distancing and keeping away from salons. And she’s done that with some awesome wigs.

Sinema first showed up on the Senate floor in a lavender-pink wig in May. She wore it to make the point that no one needed to go to a salon and risk spreading COVID-19. And it looked pretty snazzy too!

But the Senator wasn’t done (much like coronavirus!). She’s kept it up, and today she was seen rocking a new wig with a particular hue.

This, suffice it to say, got some reactions from the twittersphere.

Do men ever get tired of themselves? Asking for a Senator. https://t.co/e8ftW4ErgG

To the men who think Senator Sinema wearing a wig is weird:

I hate to break this to you… but most of the women you’ve found fantasized about on TV and in magazines have hair tied to and clipped to their heads. — Kristen Keogh-Yurus (@KristenKeogh) July 21, 2020

Incredible, right? Imagine being a statesperson AND interesting. So few achieve either, let alone both. https://t.co/pS1lRGwRL4

You keep being your fabulous self, Senator, if only for how much it annoys the old, crusty white guys.

Here are a few other great things we saw today: