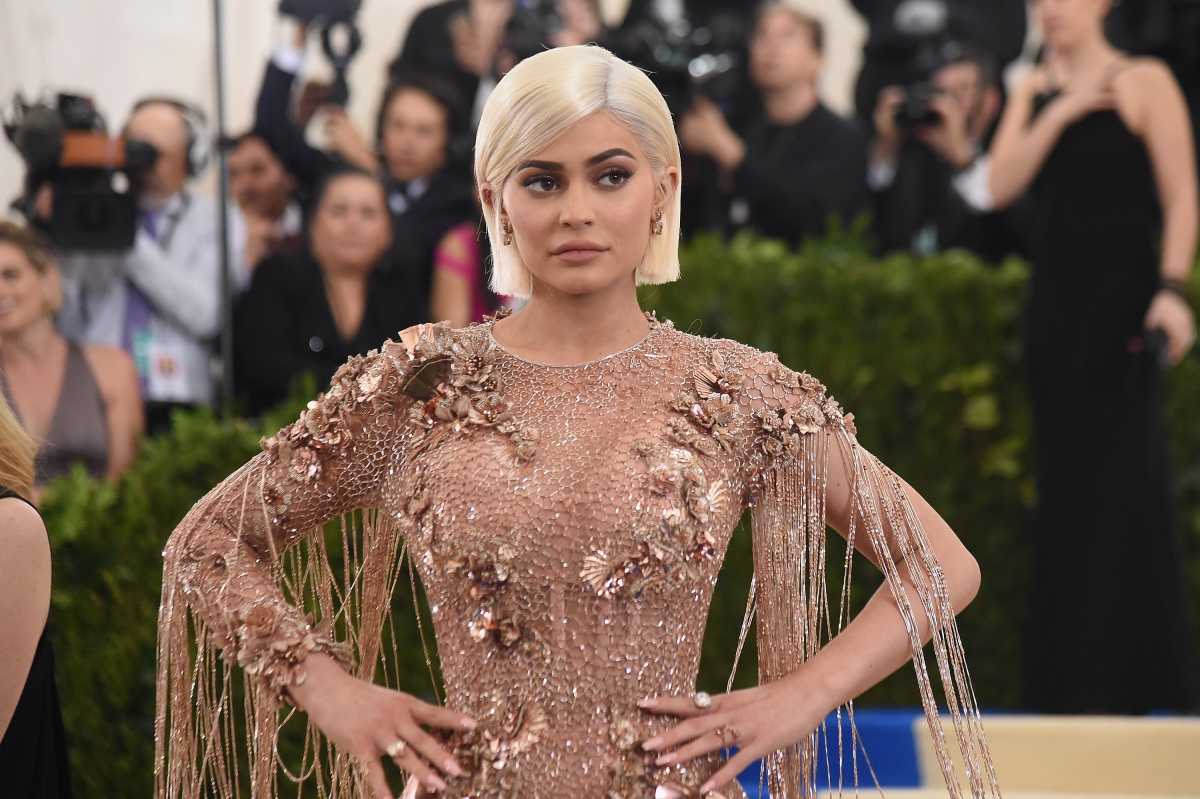 Forbes putting Kylie Jenner on the cover of their magazine and presenting her as on track to be the youngest “self-made” billionaire ever, supplanting Mark Zuckerberg, was basically a 101 seminar on how to build hype for your upcoming issue.

Kylie and the rest of her family are some of the most polarizing figures in media right now, so placing them on covers will always make waves. What people took most umbrage with, rightfully, is that Kylie Jenner is anything but “self-made.”

Jenner has been on television since she was 10 years old because of the successes of her older half-sisters the Kardashians and—let’s just be honest—the amazing brand-building machine that her mother Kris Jenner built. Jenner’s other parent, Caitlyn Jenner, was also a wealthy former Olympian. Basically, Jenner was born with a silver spoon in her mouth that only got more valuable over time. So it’s no surprise that people called her out for that.

Comedian, actress, and author Franchesca Ramsey was one of the people who started off a Twitter thread calling out that naming someone who makes most of their money off their social media influence cannot be “self-made” if she inherited that fame.

erm. being born into extreme wealth & instant fame is the exact opposite of “self made” https://t.co/c9rZyx03Al

starting on 3rd base makes it real easy to get a home run. acknowledging that doesn’t take away that person’s success or wealth. i’ll never understand why people on this app put on capes for folks who don’t give a fuck about them. but go off i guess.

it was wrong of me “come for” a young woman who’s sacrificed SO MUCH to chase her dreams of repackage colorpop lip gloss AND put full lips on the map. as a black woman stating facts is really aggressive and threatening to the status quo. i should know better.

That last Tweet was a response not only to those who labeled Ramsey a “hater” for calling out this Forbes headline, but also a part later in the feature where the magazine makes this really out of their neck-ridiculous remark like: “What her half-sister Kim Kardashian West did for booty, Jenner has done for full lips. Like Kardashian West, she has leveraged her assets to gain both fame and money. But while her sister is best-known for the former, Jenner has proved adept at the latter. In historic fashion.”

Yes, thank goodness Kylie Jenner got lip injections and finally made full lips cool. I’m sure generations of black and Latinx actresses and models were so grateful for a white savior to finally rise up and claim full lips for everyone and pick up the battle that Angelina Jolie started.

For people who dislike the Jenner/Kardashian brand machine, it isn’t because they are oversaturated, it is because the ways they have made their money have been by promoting things like FitTeas and waist-trainers and because their images are completely wrapped around appropriating black and Latinx looks into a white, overly bronzed package.

Bustle wrote an article titled: “Kylie Jenner’s ‘Forbes’ Cover Celebrates Her Success & It’s A Perfect Clapback To All Her Critics” and the author does point on the problematic things that helped make Jenner her almost billion dollars, but at no point addresses the racism.

Of course, not everything about the Kardashi-Empire is perfect. The 20-year-old’s past promotion of FitTea products and waist-trainers is more than a little problematic and has some sparked backlash in the past, given her young, impressionable fan base and the implication that women’s bodies should look a certain way. Not dismissing that sore spot at all, but her entrepreneurial efforts still go well beyond that — she’s dabbled in fashion with her sister Kendall Jenner, sold YA books, and created an entire line of merchandise with her name on it.

The discourse around the Jenners, Kardashians, etc. will always be annoying because any valid critics against them are viewed as “hate” and any positive feedback for anything good they do will always be advertised as proof they should be excused for all their bad behavior. Kylie Jenner may be the youngest almost-billionaire ever, but just like the robber barons, we know how she made her money and calling that out will always be valid.

And just because she is a woman and can be considered a “businesswoman” doesn’t mean we need to excuse the things that make the Jenners more than just annoying. Selling laxatives and food appetite suppressors presented as tea and lollipops to teenagers and young women is not, in this universe or anywhere else, something to be proud of.