Things We Saw Today: Kurt Russell Reciting “Brandy (You’re a Fine Girl)” in Guardians of the Galaxy Vol. 2 Will Never Leave Us Now 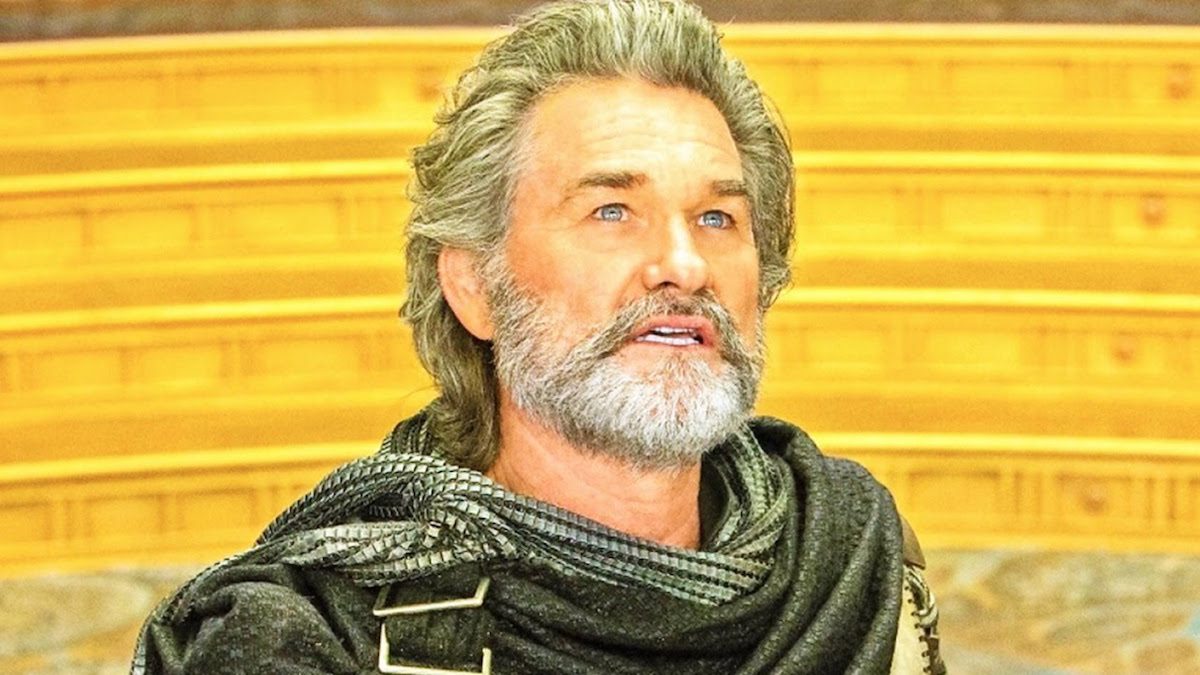 Last night, Comic Book held another fun Quarantine Watch Party with the cast and crew from Guardians of the Galaxy Vol. 2. It was a night filled with behind the scenes info from the likes of James Gunn, Chris Pratt, and many more friendly faces, and an entertaining way to revisit the movie. I haven’t really watched Vol. 2 that frequently and to go back and see my favorite little “triangle-faced monkey” (Rocket Raccoon) growing as a character alongside his friends was refreshing and nicely distracting.

But one thing I completely forgot about (how, I’ll never know) was the fact that Kurt Russell (who plays the villainous Ego) dramatically recites a verse from Looking Glass’s 1972 song “Brandy, You’re A Fine Girl” in the film. Not an outrageous moment by any means normally, there is something about the scene in Guardians of the Galaxy Vol. 2 that refuses to lessen its hold now that I’ve witnessed it again. I can’t stop thinking about it and rewatching today.

Let me explain: The movie opens with Ego (Russell) falling in “love” with Peter Quill’s mother. The two are singing “Brandy (You’re A Fine Girl)” while driving around in a convertible and we, from context clues, know they’re going to get down to some romantic shenanigans. That’s just the way of the world, my children.

But never did I think that “Brandy (You’re A Fine Girl)” would have such importance (or be carved into my mind this way). Later in the film, Kurt Russell talks through the lyrics of the song for … a bit too long, while having an incredibly awkward conversation with his son. I’m not saying he says one lyric and that’s it. He speaks pretty much an entire verse and chorus of that song and you just sit there and kind of can’t look away. It’s mesmerizing.

Revisiting this moment last night? I realized that I’m a fully changed because of this scene. It’s just one of those moments where you think back on it and there is a clear divide. Pre-Kurt Russell talk-singing “Brady, You’re A Fine Girl” and Post-Kurt Russell talk-singing “Brady, You’re A Fine Girl.” Some movie moments alter you as a person and you weren’t even fully aware of it until you’re exposed to them again.

It was also incredible that Kurt Russell was part of the Marvel Cinematic Universe and no one knew that better than those who worked on Guardians of the Galaxy Vol. 2. The cast and crew throughout the watch party continued to talk about filming with Kurt Russell and what it meant to get to work with him on set.

Playing catch with Kurt, who was a minor league baseball player, was an incredible experience. We used a real LED ball. Great memory #QuarantineWatchParty

It was pretty overwhelming for me working with Kurt Russell and @TheSlyStallone – two of my heroes growing up. #QuarantineWatchParty #GotGVol2

Kurt Russell kept calling @prattprattpratt “Star Wars” instead of Star Lord in this scene. He couldn’t get it out of his head! 🤣#QuarantineWatchParty #GotGVol2

So now that we are all fully new people in this Post-Russell reciting Looking Glass world, we’re all better for it.

And what else did we see today?

Guardians of the Galaxy Vol. 2Kurt Russellthings we saw today