Things We Saw Today: Your First Look at Kristen Stewart as … Princess Diana? 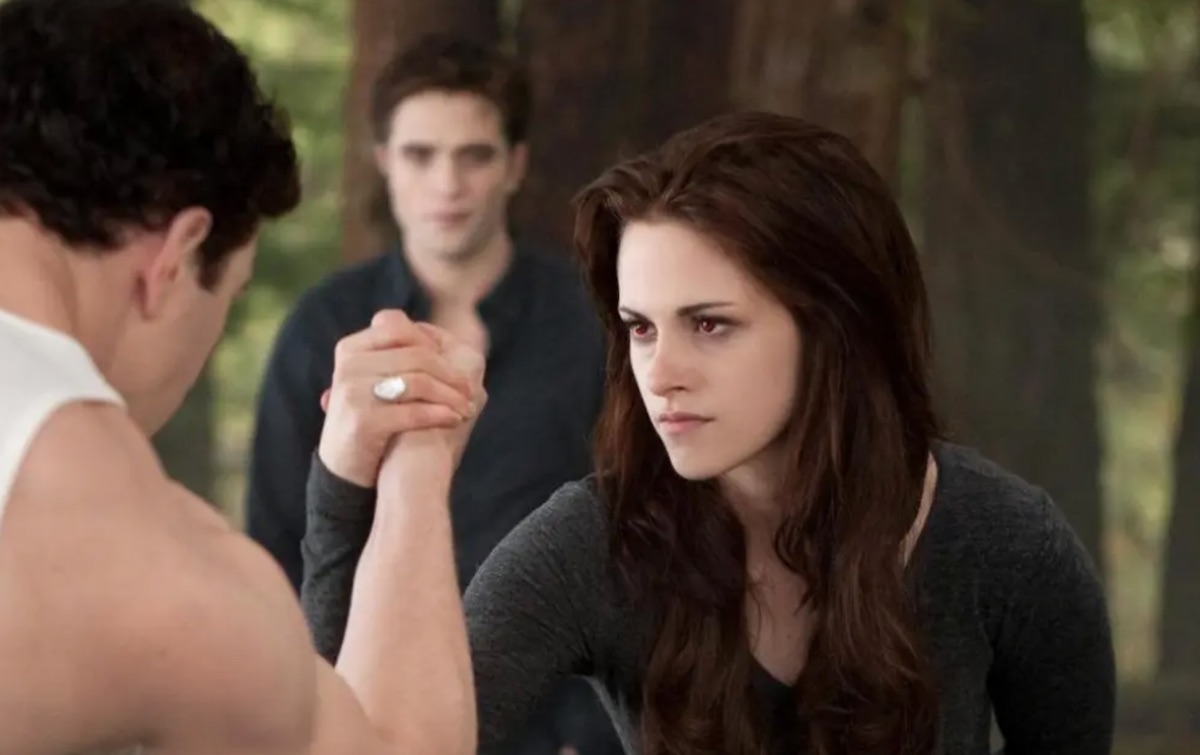 If you’re not glued to Hollywood casting news, you might have missed the part where Twilight and Happiest Season actress Kristen Stewart was cast as Britain’s Princess Diana in the movie Spencer. Well, she was, and now we have our first promo look at Stewart playing the People’s Princess.

Here’s a first look at Kristen Stewart as Princess Diana in #Spencer, Pablo Larraín’s imagining of the weekend Princess Diana decides to leave her marriage to Prince Charles. pic.twitter.com/LSn4C7cF0h

Stewart’s casting took some heat when it was first announced, mostly due to the fact that one of the most iconic British people in modern history would be played by an American. As you can see from the above shot, she’s definitely committing to the bit, and makes for a convincing Diana visually. The movie is coming from Chilean director Pablo Larraín, who directed Natalie Portman’s Jacqueline Kennedy Onassis in a similar biopic style in Jackie. Larraín had previously explained his decision to cast Stewart, per Glamour UK:

“To do this well, you need something very important in film, which is mystery, Kristen can be many things, and she can be very mysterious and very fragile and ultimately very strong as well, which is what we need,” Larrain told entertainment news site Deadline.

The film’s director also spoke about Stewart’s qualities on camera. “As a filmmaker, when you have someone who can hold such a weight, dramatic and narrative weight just with her eyes, then you have the strong lead who can deliver what we are looking for.”

Spencer won’t be a comprehensive take on Lady Diana Spencer’s life but rather a sort of zoomed-in look at one particular stretch of days in which the Wales’ imploding marriage further imploded. The film will focus on the royal holiday weekend at Sandringham Estate in 1992: “Over Christmas Eve, Christmas Day and Boxing Day, Diana realises that her marriage is breaking down and that she doesn’t want to be the future Queen.” Other than Stewart’s central part, no other roles have been announced yet, though IMDb has Sally Hawkins, Sean Harris, and Timothy Spall on its Spencer cast list.

Steven Knight, the creator of the excellent/nail-biting British period crime drama series Peaky Blinders, is on board as screenwriter, an aspect that makes me all the more interested in this movie. I’m keen to see how Knight’s trademark edgy, foul-mouthed, razor-sharp tone translates over to this topic. I’m also curious whether the popular Netflix series The Crown’s recent foray into this same time period has whet the audience appetite for more of the story or made them feel like they’ve seen it all already. I thought actress Emma Corrin did a fantastic job embodying Diana in The Crown, so it will be interesting to see Stewart’s interpretation.

I think Stewart is a talented actress, though it’s a bit difficult to imagine her as Diana, if only because she hasn’t done this sort of “prestige biopic” feature before. (Though she did star in JT Leroy, so biopics are not totally new.) If this works, it will likely be considered a transformative turn that could net her many awards and plaudits. Stewart is also quite the online LGBTQ+ icon these days, and has a loyal following of fans who will be excited to see what she has in store. This casting seems like a bit of a gamble, but it just might pay off. What do you think of Stewart’s look?

What did you see out there today? Trade any stocks?