If you haven't seen Knives Out yet honestly what are you doing. 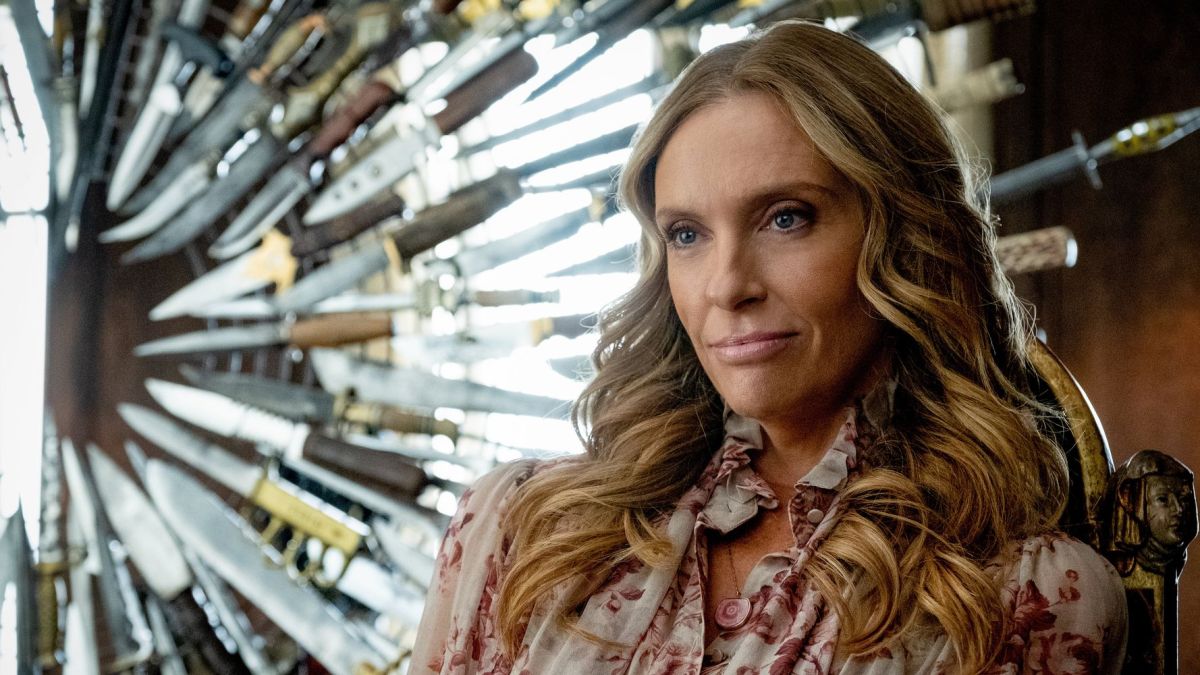 It’s hard to say anything bad about Knives Out. Rian Johnson’s twisty dark comedy delivers a sharp script and deft performances, making it one of the best films of 2019. If there’s any criticism to had, it’s simply this: the film is so stacked with talented actors that you wish you could spend more time with all of them. It’s the rare case where you actually wish the film was longer so you could enjoy the murderer’s row of talent assembled for the film.

Luckily, we’ve got deleted scenes to look forward to from the Blu-ray release of Knives Out, with the first one exclusively airing at Entertainment Weekly. The scene features Toni Collette’s lifestyle guru Joni Thrombey being questioned by Daniel Craig’s private investigator Benoit Blanc.

The scene delves into Joni’s lifestyle brand Flam, a not so subtle play on Gwyneth Paltrow’s Goop empire. We know from the film that Joni has stolen $100,000 from her father-in-law/murder victim Harlan Thrombey (Christopher Plummer) and that he was planning to cut her off. But what we didn’t know what just how much Flam was struggling to stay afloat.

In the clip, Benoit tells Joni that he tried her Snail Jelly Moisturizer, which gave him a rash. Upon googling the stuff, he discovers many people complaining online about rashes from the product. Flam is broke and the only thing keeping it afloat was money from Harlan. As Benoit says, “when good people are desperate, things go bad.”

As for the other cut scenes, Johnson told Pajiba, “We didn’t end up cutting a ton out. Usually, I chop a lot of stuff while I’m cutting. With this, it was just a few scenes … there was one in regards to Toni Collette’s character that reveals just a secondary layer to their possible motivations [for murder]. Which we ended up realizing partway through that we didn’t quite need it. So we stripped those out.”

What makes the film so satisfying and relevant is its merging of a classic whodunit with a modern sensibility. Knives Out has the structure of a murder mystery while delving into present day issues like immigration, wealth inequality, political divide, and class warfare.

Johnson said of the characters, “They’re caricatures in the same way the characters in a Clue game are, except with modern-day types. So you have the internet troll and you have the lifestyle guru — that was a world that seemed very funny to me. And then we have Toni’s daughter, Meg, who’s the perpetual liberal-arts student, all the way to the conservative asshole. It’s all about creating your range of suspects and using that as a real cross-section of society right now.”

If you haven’t seen it yet, Knives Out will be available on VOD February 7th, followed by a Blu-ray and DVD release on February 25th.