Darwin Married His First Cousin, New Book Says You Shouldn’t Rule It Out 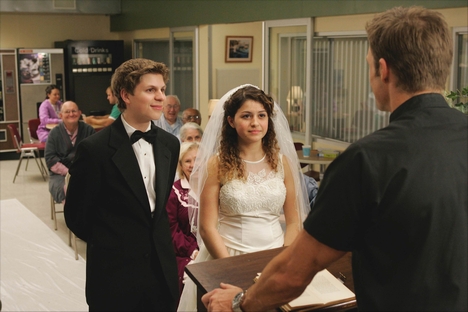 It pretty much goes without saying: You aren’t supposed to marry your cousin. Or is it really that bad? 31 out of the 50 United States have some kind of law outlawing or restricting it, and most people — I think — would tell you it’s “pretty weird” at best. Charles Darwin and Albert Einstien did it though, and according to a new book, you shouldn’t necessarily rule it out either. Consanguinity in Context by Alan H. Bittles of Murdoch University in Australia doesn’t go as far as to endorse cousin marriage, but it does argue that the dangers are greatly exaggerated. Whether or not it weirds you out, on the other hand, is entirely subjective.

Bittle’s argument doesn’t so much extole the virtues of cousin marriage or even provide its own scientific evidence as much as it calls existing evidence into question. According to Bittle, offspring that is the result of a cousin marriage is 3% to 4% more likely to suffer from illness or early death, but this is, he argues, a misleading statistic. Apparently, the risks are astronomically higher when both cousins carry a relatively rare genetic disease. 90% of the time, Brittle posits, the risk of genetic abnormality for the spawn of a cousin marriage is no higher than that of a non-cousin marriage. Bittle also notes that much of the data on the subject fails to control for things like environmental factors, socioeconomic status, and prenatal care, rendering it “exceedingly poor” in his opinion.

Beyond that, Bittle points to a storied history of cousin-marriage. Cousin-marriage is much more accepted — even encouraged — in other parts of the world. Reportedly, 20% to 50% of marriages in South Asia and the Middle East are between first cousins or closer. That’s not to mention that earlier on in history, when humans lived in much smaller social groups, interbreeding to some extent was practically unavoidable, and we got through that just fine, didn’t we? In fact, a phenomenon called purging, during which diseased genes are effectively removed from the gene pool by increased number of abnormal children who fail to reproduce might help humanity at large, but whether that’s worth marrying your cousin is a judgment call.

All said and done, I think the largest barrier to cousin-marriage, in the United States at least, is pure taboo. Thanks to social mores, many people find the idea offensive and just plain old gross, and who wants to go into a gross marriage? Still, Bittle raises some interesting questions if nothing else, but Maeby he just wants an excuse to marry his cousin.

Relevant to your incests