'Kipo and the Age of Wonderbeasts', Redemption, and Saying Sorry | The Mary Sue 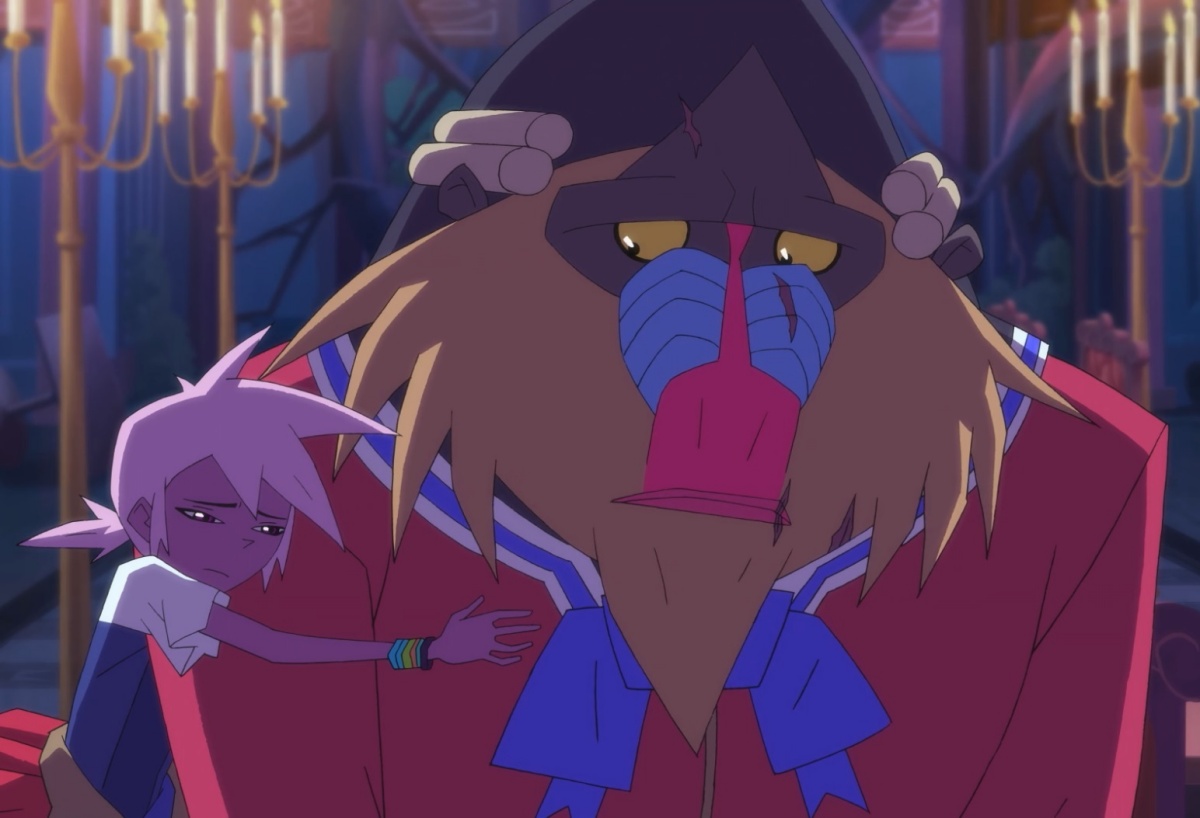 If I were to describe the last season of Kipo and the Age of Wonderbeasts it would be a group hug—one that is centered around something very important: admitting you were wrong, apologizing, and doing your best to fix things in spite of everything.

**Spoilers for season three of Kipo and the Age of Wonderbeasts.**

When the big bad of Kipo went from being Scarlemagne (Hugo) to Dr. Emilia, it set up a new standard for the show where the humans were not pitted against the mutated animals (mutes) in a conflict that is typical of most fantastical racism. Kipo, as a bio-engineered human with mute DNA raised among humans, sees both communities as her own and spends the entire third season attempting to be the bridge between these two realities.

Kipo believes that the differences between humans and mutes are fear-based and that with better understanding, things will be unified. For Dr. Emilia, she has the home-field advantage of being able to stoke the fears that the humans instinctively have for the mutes. Dr. Emilia and her brother were raised to believe that it was the destiny of humans to retake the surface, and to do so means removing the mutant genes and turning them back into regular animals.

If this were, say, Planet of the Apes, and we were just two months in, maybe … but we are talking about creatures who live sentient existences, a great majority of them ones with human intellect. Turning them into animals will mean removing a core part of their identities. It would be like turning a human back into our pre-evolutionary form.

Kipo understands this, but the general humans only see the mutes as big animals anyway, so turning them into “less dangerous ones” seems fitting—especially considering their experience with Scarlemagne.

Oh, Scarlemagne. I have always enjoyed Scarlemagne, mainly because Dan Stevens put an amazing amount of personality into his vocal performance, and it’s phenomenal. Some find his Freudian excuse as revealed in season two not enough to justify his actions, but I think this is a huge issue we have with any sort of “redemption” story. Most cruel actions are not justified by emotional trauma; it only serves to illuminate the reason.

Scarlemagne was once Hugo, a regular mandrill who was experimented on by Kipo’s parents, Lio and Song. They adopted him, in many ways like a son, and eventually, due to the experiments, he gained intelligence. Emilia imprisoned Hugo to use his pheromones for mind control. Eventually, Hugo escaped, and when he was reunited with Lio and a baby Kiko. He felt betrayed that Lio had not tried to look for him. This led to him feeling rejected from humanity, turning towards evil, and naming himself Scarlemagne.

Kipo feels an attachment to Hugo since they are “siblings,” and throughout the final season, she tries to make amends between him and the communities he terrorized. It’s a slow transition, but it works because Kipo has set itself up to be a show that wants to give people the chance to do right. The world they have created is one that breeds resentment and distrust. Kipo is the exception.

When she comes up with the idea of PRAHM (Party Reconciling All Humans and Mutes), it is a way for the humans to see that these “creatures” they have feared are more like them than they’ve realized. I won’t lie; it was really moving to see people actually say “sorry” and then do the work to protect the mutes from the cure. It was the kind of apology that actually matters: changed behavior.

That applied to Scarlemagne when, in the end, he sacrificed himself to save Kipo and even called her his “sister.” He returned to his old name, Hugo, and fully let go of the anger he held.

Right now, everyone wants us to come together, and I think Kipo provides a narrative that coming together is possible, but only when you do the work to correct the harm. That is the only apology that matters.

DreamWorks AnimationKipo and the Age of Wonderbeasts