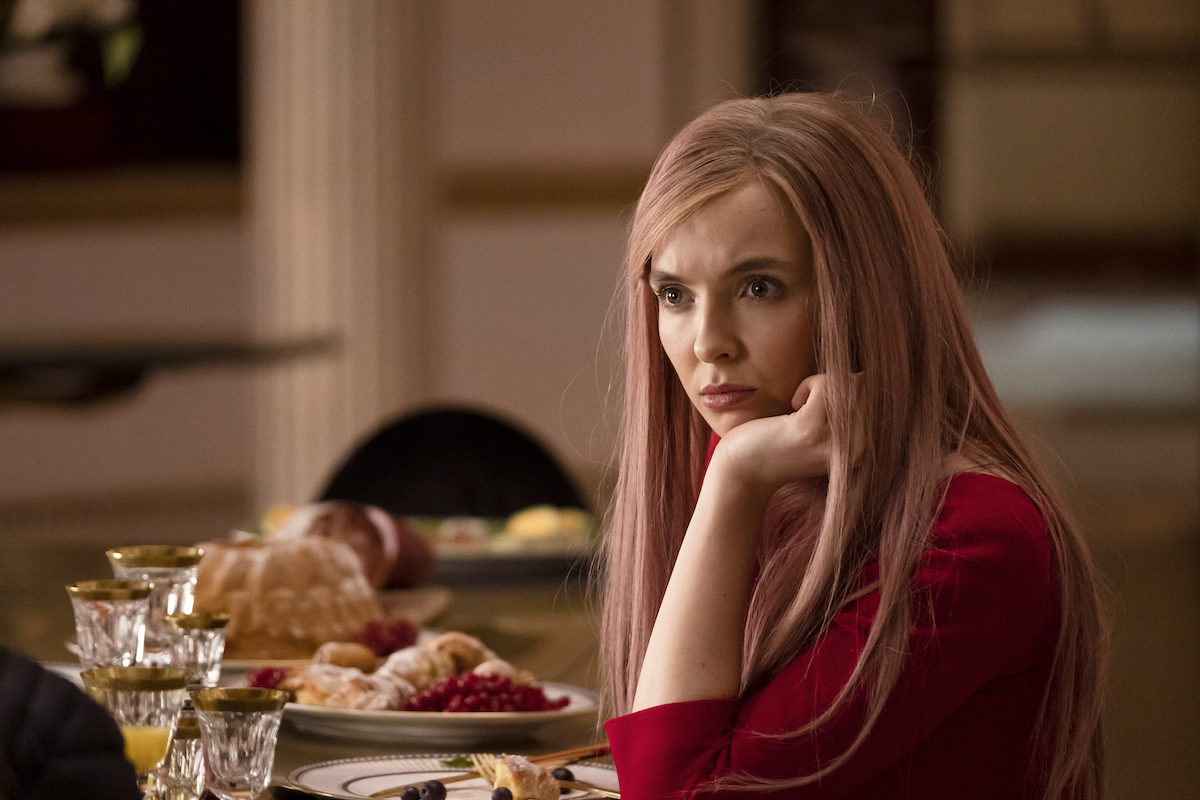 At its core, Killing Eve isn’t really about spies or contract killing or anything else. It’s about the struggle to make a human connection. The big underlying question for two seasons has been whether that’s actually possible for these two women. What is Eve and Villanelle’s relationship? Love? Obsession? Do they actually understand each other or is Eve still nothing more than a pet to Villanelle?

Eve has sacrificed so much throughout the series to keep Villanelle in her life–not just her marriage but quite possibly her ability to hold other, healthy relationships. “I’m like you,” she tells Villanelle at the end of this episode. “I don’t feel anything.” Whether that’s true or not–whether Villanelle has succeeded in pushing Eve over the edge of actual psychopathy–Eve is clearly fundamentally changed.

What about Villanelle? Has Eve changed her as well? Her relationship with Aaron Peele was an interesting contrast to her feelings for Eve. Despite being insufferable and controlling, the tech mogul should be Villanelle’s perfect match. He has all the money to support her chic-as-shit lifestyle. He shares her lack of feelings and–it turns out–her interest in murder. But she chooses Eve.

To Villanelle, though, love is ownership. That may be why she can choose to love Eve, but she could never let herself be loved by Aaron. And why, when Eve finally unequivocally denies that love, Villanelle can’t see any reason why she should be alive.

Which brings us to the new big question; What the hell is the next season of this show going to look like? And we do know there’s going to be a next season. This episode ended with Villanelle shooting Eve, who could, of course, pull through. After all, season one’s finale ended with Eve stabbing Villanelle (a nice bit of full-circle mirroring there) and she survived. But Eve is not like Villanelle, no matter how adamantly she insists otherwise. And is that a trick they’d repeat or is Eve really out?

There was a lot about this episode (like this whole season, really) that didn’t fully land. Some of the biggest reveals (Aaron’s penchant for murder, Eve getting shot) seemed rushed and the timing, moving frantically between Aaron’s residence and the hotel, didn’t do the episode any favors. But the chemistry between Sandra Oh and Jodie Comer is still as magnetic as it was in season one. They wouldn’t give that up, would they?

What do you all think?