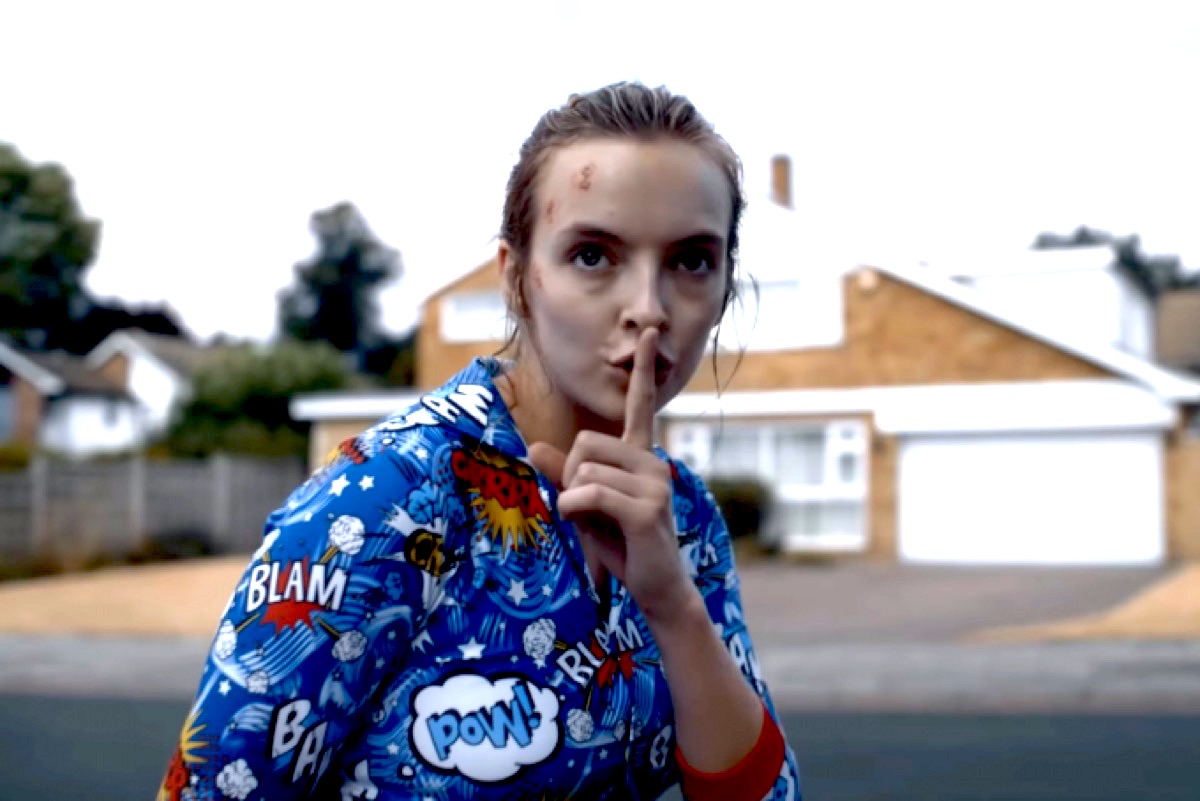 BBC America’s Killing Eve is the sort of show that loves to subvert viewers’ expectations. Not only has the series gender-swapped the traditional cat-and-mouse procedural into something entirely new and different, but it also fully embraces the that female villains can be just as compelling as their male counterparts with Villanelle (Jodie Comer).

The world-class assassin at the heart of Killing Eve’s story is everything we as viewers have been trained to enjoy about villains (if she were a man). She’s violent, selfish, ruthless, and almost completely without remorse, and yet, her character is the darkly charismatic heart of the show, precisely because she pushes back so ferociously against the traditional ideas of what “bad” women on television are supposed to be like.

In all honesty, her character is so entertaining and singular enough that it would be understandable if Killing Eve never took Villanelle much further than that. Her snarky one-liners, elaborate kills, and gorgeous fashion choices are so striking that she’s memorable and fun to watch no matter what she does. It would be easy for Villanelle to pretty much stall there, coasting on brazenness and attitude while serving as little more than a fabulous foil for Eve’s (Sandra Oh) journey.

Thankfully, that’s not what happens.

During the series’ first season, Killing Eve explores a bit of what makes Villanelle tick—or, rather, what doesn’t. Unlike so many female villains who have come before her, Villanelle isn’t lashing out after having been wronged by a man, or working through some unnamed grief by slitting strangers’ throats. She doesn’t have a tragic past or a broken heart and doesn’t feel particularly bad about her line of employment, no matter how grisly it might become. She’s simply good at what she does, and that happens to be dealing death.

As each episode unfolds, season 2 is busily adding increasingly complex layers to her character. Killing Eve is never going to make Villanelle into a heroine or anything like that, but the series is more than willing to play around with our expectations of what she should be and do. Villanelle is so assertive and brash, so what does it mean when she’s forced to confront her own weakness? How real are the connections she’s making with others, and are we, as viewers, capable of feeling real sympathy for her, even as we acknowledge that she is, in fact, a ruthless—and completely unrepentant—killer?

These are the sorts of questions Killing Eve loves to confront its audience with, and the show revels in the prospect of how uncomfortable it can make its viewers feel. Season 2 begins right where the first season left off, but though only about 30 seconds have passed, the dynamic between both its leads has completely shifted. Eve, who has stabbed the object of her obsession, must wrestle with the idea that the violence she finds so fascinating has somehow become a part of her.

But it’s Villanelle who undergoes the most significant transformation, becoming vulnerable in ways we’ve never seen her experience before. She’s seriously physically injured—so badly that she must seek medical attention from strangers—and is stuck in a tiny hospital ward for most of an episode. Her fashionable assassin outfits are reduced to children’s pajamas and stolen Crocs. She’s forced to turn to extremely unreliable people for help as she heals—a literal child and a man who, it turns out, keeps women as prisoners in his home. 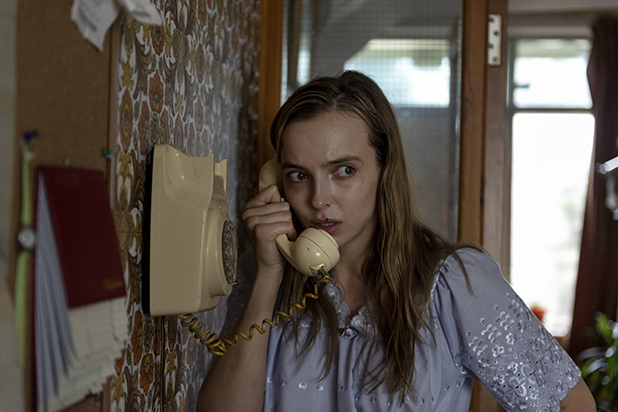 In many ways, this season, Villanelle’s arc seems to be about confronting her own weakness, whether of the physical or mental variety.  We’ve never seen our stylish contract killer this exposed before, in pretty much every sense of the word.

During her time in the hospital, Villanelle shares a room with a teenage boy who suffered severe burns in a car crash. In her own bizarre way, she opens up to him, discussing her “girlfriend,” poking fun at him, and ultimately, snapping his neck when he reveals that he no longer wants to live with the wounds he’s suffered. It’s her first mercy killing—and even though there’s an argument to be made that young Gabriel’s death wish wasn’t 100% serious, in Villanelle’s mind, it clearly was. Her action here is meant to be empathetic, even if in a clearly twisted way.

Villanelle, it appears, understands the concept of compassion, though her utterly brutal application of it is fairly shocking for those of us watching at home. But before we can fully reckon with what we’ve just seen, Villanelle finds herself held hostage by an extremely creepy white knight type, who “rescues” her by locking her in his home and withholds medical care when he’s cranky.

This is Villanelle at her absolute lowest: weak, injured, and completely at the mercy of another person, who happens to be a lot physically larger than she is. We’ve never seen her in a position like this, unable to defend herself from a threat we see coming long before she does. By the time she’s calling MI-6 and basically begging Eve to save her via answering service, it all feels like a whole new level of vulnerable. Who ever would have expected such a moment? This is Villanelle, after all, a woman who gleefully threw herself into Russian solitary confinement as part of a mission last year.

Killing Eve asks us to wrestle with a lot of narrative and emotional challenges. Villanelle is fascinating—utterly charming and completely without remorse. She’s incredibly fun to watch, and as this season indicates, more complex than her droll comebacks and eye-catching murders might originally indicate. However, just because the show has decided to engage more directly with the internal forces that make her tick—and so much of season 2 already seems to be a deep dive into the force that Villanelle might identify as affection—that isn’t the same thing as making her suddenly worthy of redemption or sympathy.

Both series creator Phoebe Waller-Bridge and head writer Emerald Fennell are wise enough to realize that no matter how much we, as viewers, might wish this weren’t the case, Villanelle is still a monster, and letting ourselves become too enrapt by her, too convinced that she’s something she isn’t, is a mistake. Villanelle clearly contains multitudes, but Killing Eve understands that it’s possible for her to do so in a way that’s both interesting and true to the character the show’s spent so much time establishing.