Killer Mike Lets Himself Become a Tool For the NRA 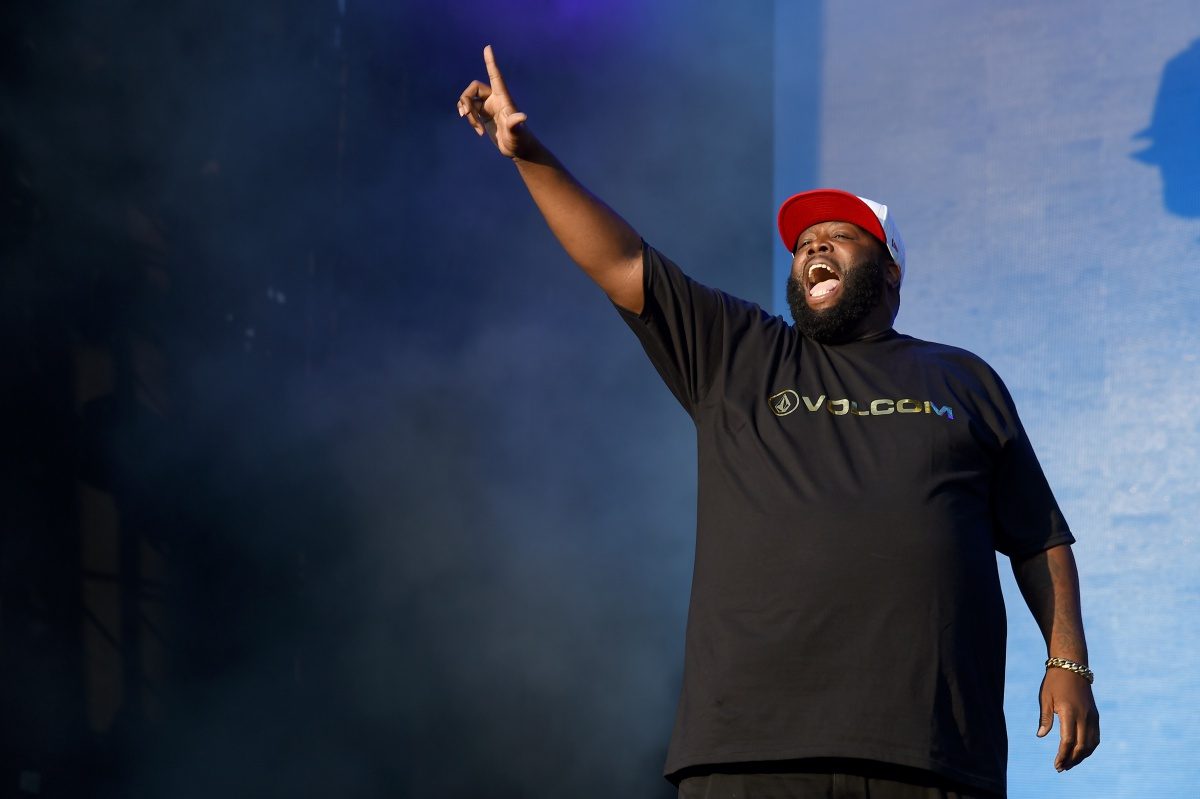 Rapper Killer Mike, one half of the rap duo Run the Jewels, recently got into a media storm when he decided to take his pro-gun message to none other than the propaganda machine, NRA TV, over the weekend.

It is no secret or surprise that Killer Mike is an NRA member and pro-gun; he has been outspoken about that for years. But taking his message to NRA TV was a—no pun intended—misfire, in a lot of ways. The interview is uncomfortable to watch, because Mike agrees with NRA TV’s Colion Noir in ways that remove nuance and responsibility from how the NRA has failed to protect gun ownership for black people.

Killer Mike instead criticizes white progressives: “You can’t continue to be the lackey. You’re a lackey of the progressive movement, because you’ve never disagreed with the people who tell you what to do.” And at one point, he even makes the joke that “Wakanda, everybody had guns.”

All jokes aside, if Killer Mike wants to talk about black people and their ability to own guns as a way of self-policing and protecting their own neighborhoods, that can be the beginning of an interesting, nuanced conversation. But the NRA, historically and recently, has failed to protect and defend the rights of black people or black gun owners.

As I covered previously in an article about who gun rights are actually for, the NRA was silent in wake of Philando Castile, and when the Black Panthers were the poster children for the second amendment, Republicans had no problem passing Mulford Act to get rid of open-carry gun laws.

That’s Fine. I know u know media outlets don’t love us BUT I do and if it’s one black NRA member that needs to hear it I said it. 🤷🏾‍♂️ https://t.co/EtSquAapKN

I’m sure Black NRA members have these conversations among themselves all the time and I, to a degree, understand why black people, especially from the South, have a sense of gun culture that is foreign to me. I grew up in NYC, so guns aren’t for hunting to me; they for killing, and for protection against being killed. A gun has never made me feel safe, but that doesn’t mean I don’t understand why some black conservatives and black progressives believe in the second amendment.

Former Secretary of State Condoleezza Rice spoke about this on The View, saying that the reason why she is pro-Second Amendment is that growing up in the Jim Crow south, for black people guns were protection against the Klan and other white supremacist groups. Valid.

But then, as now, when police officers see a black person with a gun, they have a different reaction than if they see a white person with a gun. There is no way to “spot” a legal gun owner versus an illegal gun owner on sight, but there is entrenched racial basis. The Austin bomb suspect, despite being responsible for terrorism and the murder of two people and injury of others, was called “a challenged young man” by the police initially.

Why, when these shootings happen, is there no talk from the NRA about how this is an attack on gun ownership? Where is their outrage about the assumption that someone who potentially has a gun is inherently dangerous? Because protecting white people against the scary brown people has been the biggest advertisement for guns in America since the Pilgrims.

Just because someone was a suspect in a crime, it does not mean that killing him or shooting him multiple times is the solution. Especially when it’s two against one.

If guns are a right that everyone is entitled to, then the NRA has failed to support that principle. Now, they have a black Bernie supporter and progressive in their corner as a way to push their illusion of inclusivity.

Killer Mike went on Twitter last night to “clarify” his thoughts on the issue.

I hope this clears some stuff up. Love and Respect to all. Part 1 pic.twitter.com/pq977HEG7A

While I am not pro-gun in the way Killer Mike is, I understand his point-of-view and would have respected him having this discussion on his own platform or with Twitter and Instagram. Not going on NRA TV to do an interview that was going to come out the same time as the March For Our Lives. Instead of creating a conversation about gun rights for black people and other marginalized groups, he instead became the story—and all the potential nuance he could have brought was discredited by the platform and the time he chose to release it.

Doubling down on that with the initial dismissive responses instead of listening and understanding the context of the criticism was a fail on his part, one I hope he grows from.