What Kids Want for Christmas This Year: Apple Products 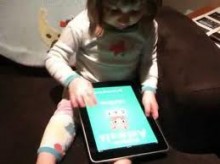 The results are in from the Duracell Toy Report, an annual report that tracks what kids from ages five to sixteen want for Christmas. The big winner: Apple, which swept the #1, #2, and #3 slots. Who gets their child/tween an iPhone 4, though?

Two glimmer of good news for Microsoft and Sony, respectively, who have apparently convinced at least a fraction of the younger population that the Kinect and the PlayStation Move are desirable things to have. But there’s quite a gulf between the desire for the Apple products and those below.

Had the report focused exclusively on older children and teenagers, the pro-Apple results would have been even more striking. According to Telegraph, “Approximately 39 per cent children quizzed desired Apple gadgets this year, with 17 per cent of five to eight- year-olds, 50 per cent of nine to 12-year-olds and 66 per cent of 13 to 16-year-olds all putting Apple items at the top of their lists.” In total, the report surveyed a total of 2,138 children and adults.

Whether or not you buy into the Apple hype, you’ve got to hand it to Steve Jobs and company for so successfully — one might say insidiously — implanting in the minds of the next generation the notion that Apple products must be acquired above all else. And feel a little bad for the kids’ parents.

(Telegraph via J-Walk. title pic via this video.)