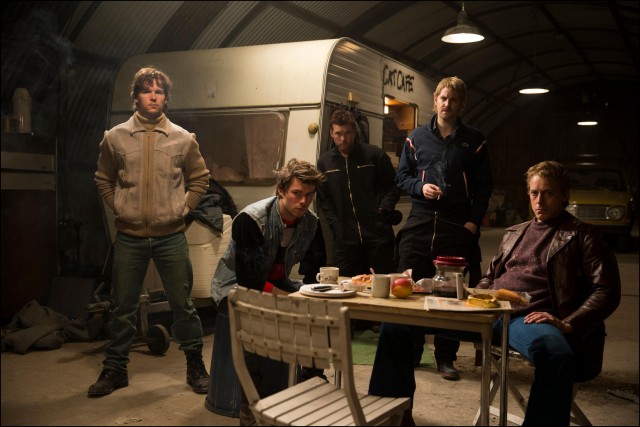 “Ocean’s Eleven, but based on a true story and with more DILFS!” might sound like a fun premise for a crime caper, but it also seems like the recipe for a circle jerk. Kidnapping Mr. Heineken is the latter.

Based on the true story of Dutch criminal Cor Van Hout (Jim Sturgess), Mr. Heineken follows Van Hout and his gang of similarly beefcake-ey friends as they plot a get-rich-quick scheme that involves kidnapping beer magnate Freddy Heineken (Anthony Hopkins), and although Van Hout’s life and the Heineken case could have made for an interesting film if director Daniel Alfredson (The Girl Who Played With Fire) had avoided editorializing, it’s hard to be really be compelled by a movie that endorses crime, particularly crime committed by people with a certain amount of privilege.

Mr Heineken opens with a “comedic” scene of the protagonists literally beating up hippies; the characters never become more sympathetic or the movie less tonally confusing. It’s impossible to invest in them without accepting the film’s belief that there is nothing more degrading than working a 9-5 job in order to support one’s family, and that escaping said fate via violent crime is totally justifiable and even noble. It would be one thing if the director presented the (admittedly fascinating) Heineken case without glamorizing the participants, but in 2015 it’s laughable to see a movie that seriously thinks guys like this can be martyred by a mundane home life or stable job. Other people have real problems, bros. 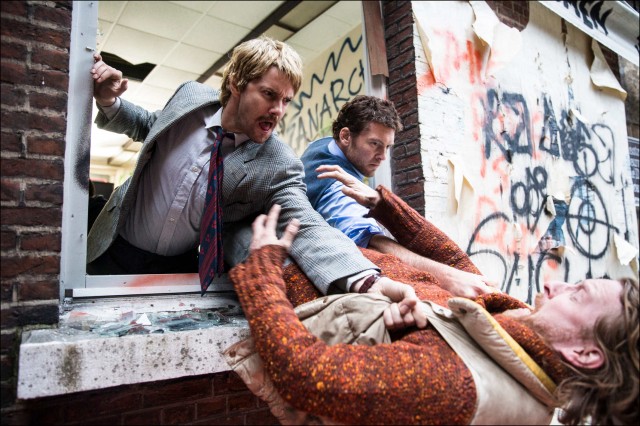 Speaking of Kidnapping Mr. Heineken‘s many bros, it’s nice to see a movie that unselfconsciously depicts platonic affection between men, but it would be even better if that intimacy didn’t also overshadow the movie’s one female character. But hey, the film isn’t totally without merits:

It’s obviously possible to make compelling movies about true crime committed by unsympathetic people, but this sure isn’t one of them. Alfredson may have thought he was making Catch Me If You Can, but Kidnapping Mr. Heineken isn’t worth chasing after.