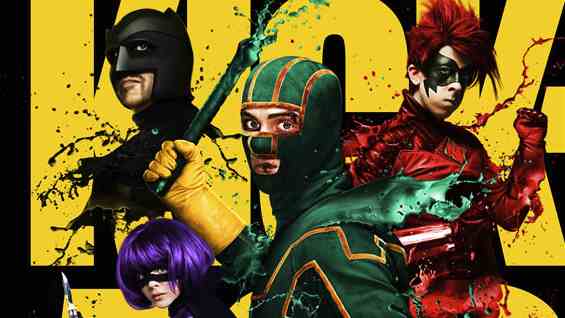 …Kick-ass! Mark Millar and/or Christopher Mintz-Plasse fanboys are salivating over this new poster for the movie, which debuts on April 16th. Mark Millar being the mad genius behind such iconic comics as Superman: Red Son and Civil War. This fake Twitter feed is a pretty good parody of Millarness: “What if Iron Man was actually a robot tricking people into thinking it was a guy in a suit?” Christopher Mintz-Plasse, of course, is the organ-donating lad who won our hearts as McLovin‘ in Superbad.

Millar has had an active hand in writing and producing the film, which is based on his ongoing comic series of the same name; Mintz-Plasse is a wannabe superhero alongside Aaron Johnson‘s Kick-Ass, who does not in fact have any superpowers.

Oh yeah, you just miiight want to see this trailer if you haven’t checked it out already: