Kepler More Than Doubles Its Known Exoplanets With New Discoveries

Kepler More Than Doubles Its Known Exoplanets With New Discoveries 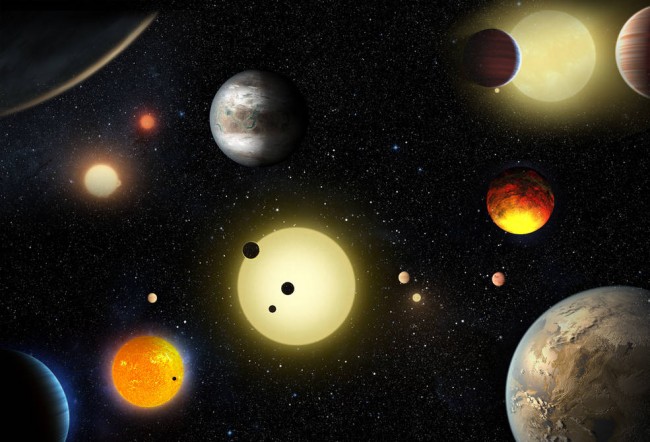 We’ve had a lot to talk about lately with getting humans off this planet and searching for life in faraway locations, but where would we go? NASA’s Kepler space telescope has found plenty of exciting planets outside of our solar system already—way more than every other telescope combined—but that’s nothing next to this new data dump. Now, we have an additional 1,284 known worlds out there among the stars.

That more than doubles the previously known exoplanets discovered by Kepler, according to NASA chief scientist Ellen Stofan. She said, “This announcement more than doubles the number of confirmed planets from Kepler. This gives us hope that somewhere out there, around a star much like ours, we can eventually discover another Earth.” Frequently, when new exoplanets are announced, there’s talk of how “Earth-like” they are, as Stofan mentions, but the truth is that those qualifications are incredibly vague. Is a planet Earth-like just because we believe it to be rocky and roughly the same size? Because it sits a similar distance from its host star? Because its orbit takes a similar amount of time?

Really, exoplanets are so far away and small that we have trouble knowing much about what they’re like at all. We didn’t even know a whole lot about Pluto—or even as much as we thought—until New Horizons flew by the dwarf planet recently. With exoplanets being exponentially farther away, “Earth-like” mostly just means that the things we can discern about them don’t immediately exclude them from being similar to our own planet. Whether or not they’re actually like our home at all isn’t likely to be discerned without visiting them directly.

Even with this new batch of planets, Kepler detected 4,302 potential planet candidates, with any that scientists are more than 99% sure is a planet earning that label—it’s difficult enough to even tell whether something way out in space is a planet at all. The more planets we do pinpoint, however, the more data we have to analyze, try to understand, and form a more solid picture of what the exoplanets are actually like, and this new batch is a good step in that direction.

If we finally manage to get interstellar travel going, at least we’ve got plenty of potential destinations.