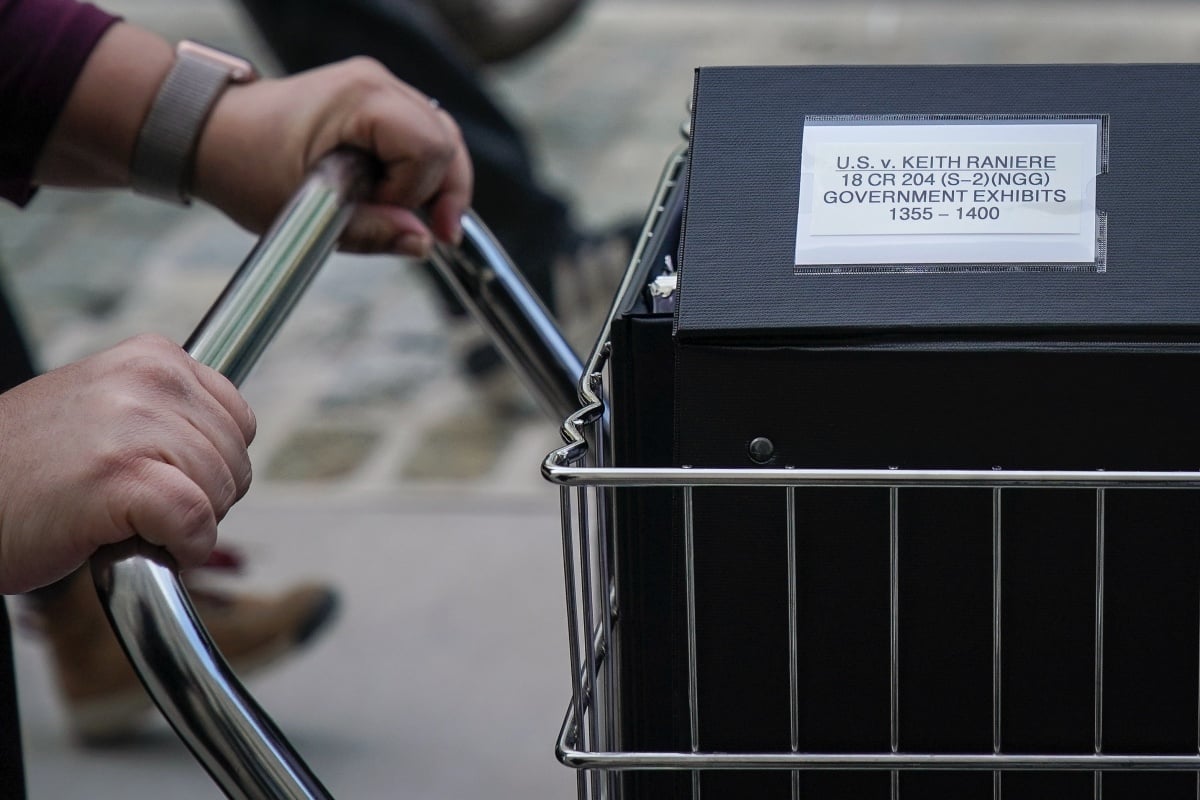 Earlier today, a federal judge ruled that 21 victims are to receive a total of $3.46 million in compensation from Keith Raniere, founder of the cult NXIVM. They are considered victims of Raniere’s racketeering, sex trafficking, and forced labor crimes.

According to CNN, he came into court on Tuesday for a restitution hearing. There, he claimed, “I don’t know who the victims are. I don’t know what they are asking.”

Among the many crimes, Raniere is serving a 120-year sentence for creating the sex cult known as DOS, which is all-female. It was set up on the surface as a female empowerment group where women were divided into “slaves” and “masters.” Slaves were forced to give collateral to their masters, which included nudes, accusations of sexual abuse against family members, and sometimes even deeds to their property. They were also branded with Keith Raniere & Allison Mack’s initials on a symbol that they were told was meant to symbolize nature.

US District Judge Nicholas Garaufis, who also headed Raniere’s trial, ordered that Raniere had to return the “collateral” that he still controlled or has access to, once he ran through all of his appeals. Raniere continued to deny that he ever handled the collateral.

Garaufis said more than 100 victims of Raniere’s had submitted claims seeking about $133 million, but that he narrowed the scope of the restitution payments to 17 victims for a total of about $3.46 million, which he ordered Raniere to pay immediately.

The judge awarded money to victims, many of whom were involved in DOS or part of the sex trafficking and human trafficking charges Raniere was convicted of. Many of the victims’ identities were not revealed, as they were also mentioned in trial with pseudonyms.

One of the women getting restitution was pressured into a “sexual relationship” with Raniere when she was just 15. She was coerced into submitting sexually explicit photographs when she was a minor. She was ordered to receive “more than $500,000, which includes money to have her brand removed, for uncompensated labor and expenses related to the case.”

There is no amount of monetary compensation that will ever make up for the emotional brutality these women have faced. Raniere is one of the true monsters of this world, and every time a new piece of information is shared, it only serves to prove that his place is in jail. I can only hope that this financial help will allow survivors to get whatever emotional help they need.

Raniere said back in 2019 that he was “deeply sorry” for his actions. Well, words are cheap with crimes this high. Pay up.