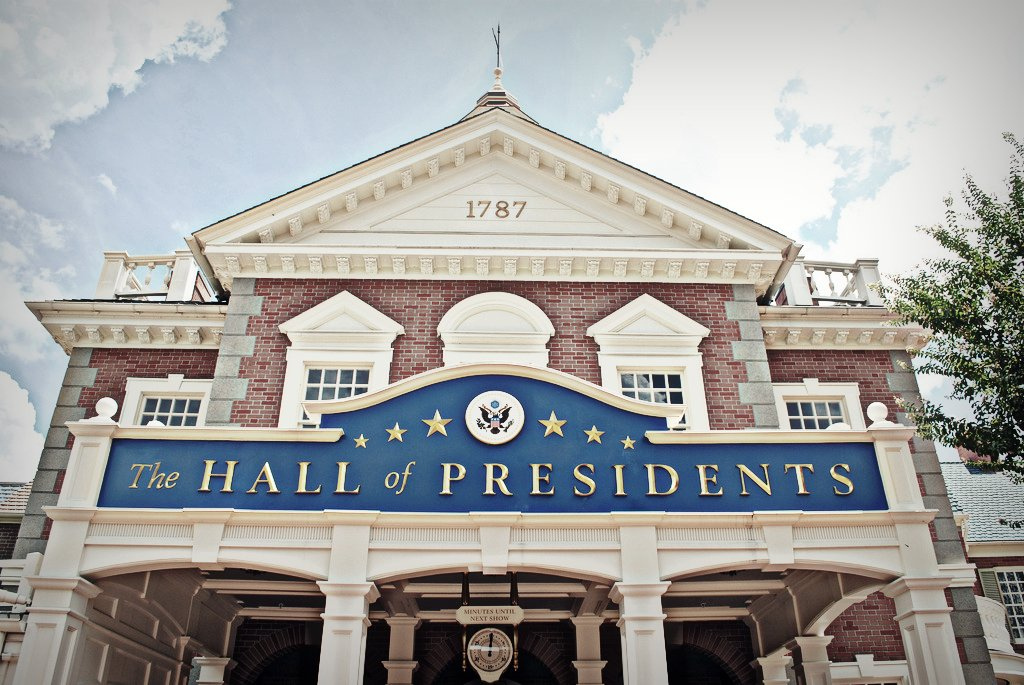 As is tradition, Disney World’s famed family attraction, The Hall of Presidents, is closed right now as they undergo renovations to install an animatronic version of the incumbent President.

Yup, we’re getting a robot Trump.

As you might guess, a whole lot of potential vacationers aren’t too happy about the change. They’d prefer the Most Magical Place on Earth stay magical, not honor the new face of misogyny, xenophobia and white supremacy.

Now one Disney fan has started a petition to keep the Trump figure out of the park. Despite the fact that even Walt Disney Company CEO Bob Iger has made it clear he isn’t onboard with Trump, that level of goal may be unattainable, so the alternative request is to please, please, at the very least, don’t let that animatronic Trump speak.

The Hall features the likenesses of every former President, with Washington, Lincoln, and the current office-holder giving speeches (which, since Clinton, the incumbents have recorded themselves). To hear Trump voicing his own rambling rants would certainly kill a bit of that magic. As the petition puts it,

He is perhaps best known for how he uses his words sometimes carelessly, yet oftentimes with the specific intent of degrading, insulting and demeaning not only those who do not agree with him on any given topic, but entire groups of people including Mexicans, Muslims, women and the disabled.

So far, more than 10,000 supporters agree that Trump has no place in the Magic Kingdom, given that his platform of “hateful speech, misogyny, racism and xenophobia” has “tainted the legacy of the American Presidency forever.”

The Magic Kingdom at Disney World is a place specifically designed for the enjoyment of children and families. Therefore, it is not an appropriate place for a Donald Trump speech. We ask that Walt Disney World take a stand against divisive and hurtful rhetoric and have the backs of millions of Americans and people worldwide whose day would be ruined by the depiction of a speech by Donald Trump.

It’s a sad thought that Disney is being deemed an inappropriate space for Donald Trump, yet the Oval Office is now an acceptable space for a man not considered to be anything resembling family-friendly. Disney Parks may be the Happiest Places on Earth, but they probably shouldn’t have higher standards than our entire country.