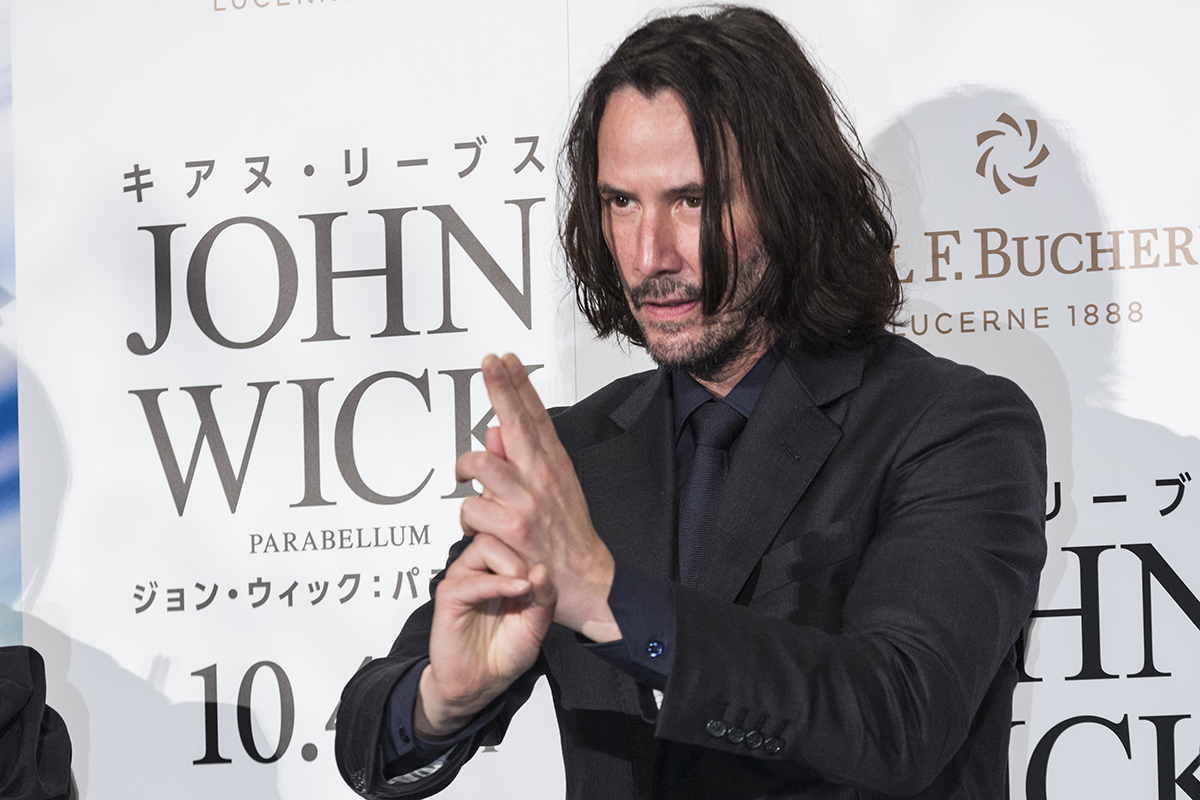 Keanu Reeves has been a heartthrob to so many of us for as long as we can remember. I truly could not tell you when I started loving Keanu Reeves, just that I never stopped. He’s one of the good ones, and now, he’s released a list of his must-see movies and if we’re being honest: He’s got good taste.

From two iconic Coen Brothers movies to classics in the horror and samurai genres, Reeves made a list that few film fans can fight against. It’s also nice to know that he has an incredibly eclectic taste when it comes to movies he would recommend to people. You can read Reeves’ full list on Esquire, but I want to talk about a few because Keanu Reeves is right about them.

The Coen Brothers somehow made a movie about a couple stealing a baby funny and adorable with Raising Arizona and gave us one of the best Nic Cage performances out there. It probably helps that he was working with the incredible Holly Hunter. When a couple can’t conceive a child, the husband (Cage) does his best to make his wife happy—which means stealing a child she can raise herself. It’s a staple of the style of the Coen Brothers while also bringing in some of the legendary actors they work with time and time again and is just an overall good movie.

Another Coen Brothers classic, The Big Lebowski turned Jeff Bridges into a legend. He brought The Dude to life in a way that made audiences want to know everything and anything about this character. People constantly dress like him at Comic-Cons, and I myself own multiple things with the Dude on them because he’s just that kind of character.

You want to immerse yourself in the world of the movie so completely, and it has such a staying power in Hollywood that multiple movies reference it or pay homage to it. It’s a must see for fans of the Coen Brothers and film fans at large.

Before he was famous for bringing Spider-Man to the big screen, Sam Raimi made a name for himself in the horror genre with classics like The Evil Dead. The campy ’80s horror film spawned multiple sequels and a spinoff series called Ash vs. Evil Dead, but it was that first movie that gave us a love for Bruce Campbell as Ash.

I like horror movies, so I might be a bad judge, but it is a good entry point into the genre because it isn’t too scary. (I watched these movies with my brother as a kid because I was obsessed with Ash.) So if you’re looking for something to test your horror boundaries, The Evil Dead is a great start.

The Anthony Burgess novel-turned-disturbing film is a look into the warped mind of its main character. Stanley Kubrick brought the violent nature of these characters to life in a way that disturbed and fascinated audiences back in 1971 and still today. It isn’t easy to watch. These characters are not “heroes” and they barely have redeemable qualities, but it is a film that shows that your characters do not have to be good or respectable people.

You can watch the depraved exist in their world and examine what created these young men that led to their debauchery. If you can stomach it, this is an incredible choice for Reeves to include (especially given Kubrick’s lineup of films to pick from).

Easily the best Gene Wilder movie (yes, I said it, and I will not take it back), Young Frankenstein is a fascinating look at the Mary Shelley story mixed with the comedic energy of Mel Brooks. There are so many moments in this movie that will stick with you (like “PUT THE CANDLE BACK!” and more) because it is just one of those comedies that we don’t really have anymore. Maybe it was Gene Wilder or maybe it was the power that Mel Brooks has with his work, but they stick with us for a reason, and this is a great example of that.

Keanu Reeves didn’t include too many of his own movies (though I definitely would have added things like The Matrix, Speed, and Bill & Ted’s Excellent Adventure), but his list is a pretty good one for people trying to see some classics that they may not have watched before. Any list that includes The Evil Dead is a good list to me.