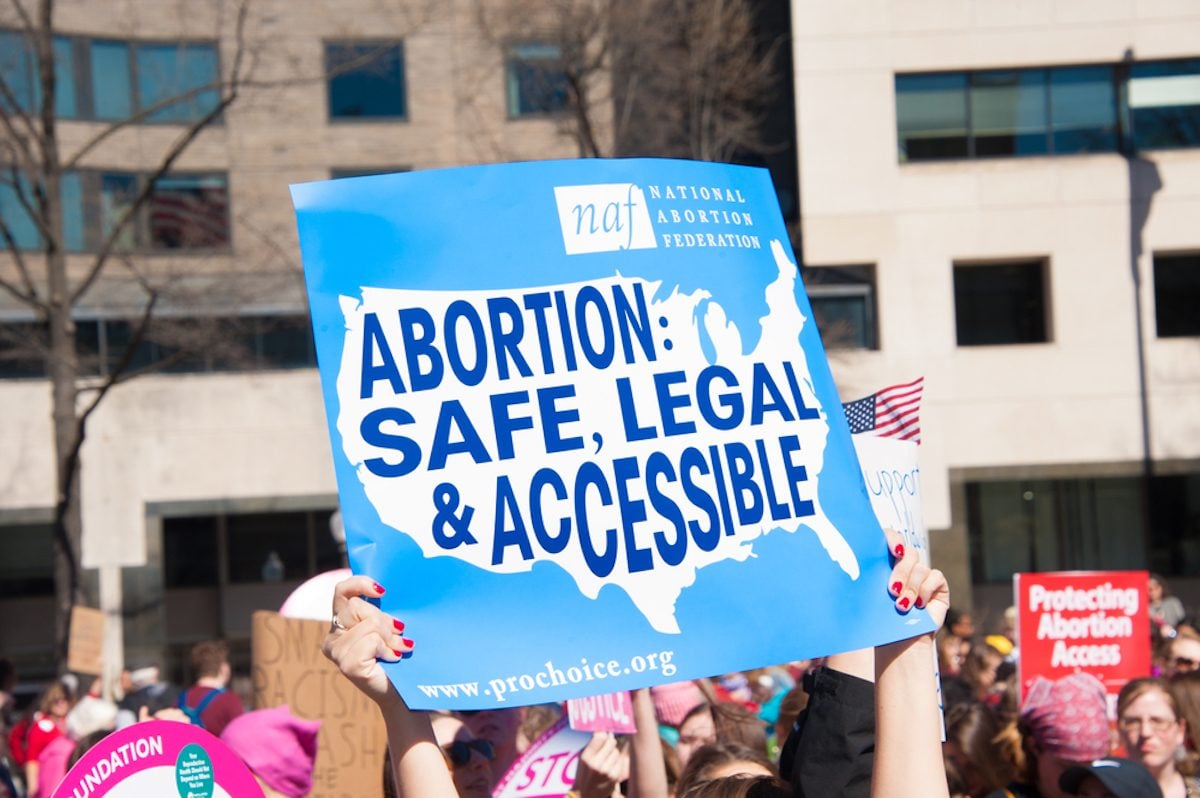 On Thursday, the Senate Judiciary Committee voted to set the date for the vote Brett Kavanaugh’s confirmation for Thursday, Sept. 20, in an 11-10 vote along party lines. The vote will come after a string of contentious hearings in which Kavanaugh didn’t say much of anything, sans a horrifyingly telling comment conflating hormonal birth control with “abortion-inducing drugs.”

These are terrifying times. Kentucky could soon become the first state in the U.S. without an abortion provider, and that’s largely due to restrictive laws that, if ever considered by a Supreme Court with Brett Kavanaugh on board, would almost certainly be upheld.

But if the vote is set for next Thursday, we still have a week to fight back. You can call Congress at (202) 224-3121 to demand your Senators reject Kavanaugh, and your House member support legislation to protect safe, legal abortion and reproductive rights. However the Senate chooses to vote, be prepared to stand up and fight for reproductive rights. If Kavanaugh is confirmed, the fight certainly doesn’t end there—it’ll just be getting started.

Amid all the dystopian news surrounding reproductive rights for the past few months, we really needed this: On Wednesday, Planned Parenthood announced its new president will be Dr. Leana Wen, a Chinese immigrant who has served as Baltimore’s health commissioner since 2015. Her record in Baltimore includes expanding mental health, trauma, and gun violence resources amid mounting protest in response to police violence, and also seeing infant mortality rates reduced to record lows, according to USA Today.

“For more than 100 years, no organization has done more for women’s health than Planned Parenthood,” Wen told the outlet, explaining her choice to accept the offer. “As a doctor, I will ensure we continue to provide high-quality health care, including the full range of reproductive care and will fight with everything I have to protect the access of millions of patients who rely on Planned Parenthood.”

Wen will assume her new position the week after midterms, which Planned Parenthood’s political action committee has invested $20 million into, in order to elect lawmakers who will protect reproductive rights. Planned Parenthood has quite literally always faced violent, polarizing pushback, although the consolidated power of the Trump administration and Republican-controlled Congress has created all kinds of challenges in recent years, from proposed gag rules and Title X policy changes, to repeated bills to defund Planned Parenthood and elevated stigma, due to the president and vice president’s rhetoric.

But according to Democratic Congressional Rep. Elijah Cummings, who represents Baltimore, “When it comes to protecting her patients, [Wen] doesn’t back down from a fight.”

This week, an appeals court for the Eighth Circuit vacated a lower-court ruling that blocked Missouri from enforcing anti-abortion laws that require clinics offering abortion to function as hospitals, despite the lack of medical necessity for it. In requiring clinics offering abortion care to meet specific “physical design and layout requirements” including widened hallways, and another requirement that abortion providers be “privileged to perform surgical procedures in at least one licensed hospital,” clinics across the state could be forced to close, which is, of course, the real goal of the laws.

In Texas, between 2013 and 2016, when similar laws were enacted and prior to the Supreme Court’s Whole Women’s Health v. Hellerstedt ruling, 22 out of 41 abortion clinics in the state were forced to close, unable to meet the expensive, highly inconvenient, and—I can’t emphasize this enough—medically unnecessary requirements, which exist solely to further stigmatize abortion.

The implications of the law are that abortion is somehow unsafe and could result in women being carried on stretchers or rushed to a nearby hospital, despite how abortion is objectively safer than colonoscopies, having your tonsils removed, and other everyday medical services that aren’t anywhere near as regulated. The reality is that despite how these requirements, known as TRAP laws, are justified out of feigned concern for “women’s safety,” women are far more likely to wind up in dangerous situations and medical emergencies if their access to abortion is more limited.

Missouri is one of seven states in the U.S. with just one abortion clinic remaining. The Eighth Circuit Court of Appeals’ Monday ruling could be damning for the state of reproductive rights and public health in the state.

This back-to-school season, learn what young people face to have abortions

Across the country, it’s back-to-school season, which means there’s no better time to learn about the disparate experiences of minors and young people with reproductive health care. This week, Rewire launched a new season of the podcast CHOICE/LESS, which will focus on the specific laws in 38 states that target minors’ ability to access abortion. Some of these include parental consent and judicial bypass requirements, among other laws meant to systemically strip young people of bodily autonomy, and in many cases, effectively ban abortion for teens altogether.

This season of CHOICE/LESS will focus on the stories of young women across the country who have been impacted by these laws, subjected to questions like, “When did you have sex? How many times? With how many partners? Were you using contraception?” You can listen to an episode following the legal process for a minor to obtain judicial bypass to have an abortion here.

In states across the country, sexual health education is either non-existent or abysmal, with abstinence-only education states seeing some of the highest teen pregnancy rates in the country, all while severely limiting teens’ options to terminate a pregnancy, and in doing so, having the ability to continue going to school—and their stories have been buried for far too long.