The ’80s Movies Brett Kavanaugh Uses to Explain His Youth Are Steeped in Misogyny, Assault, and Rape Culture 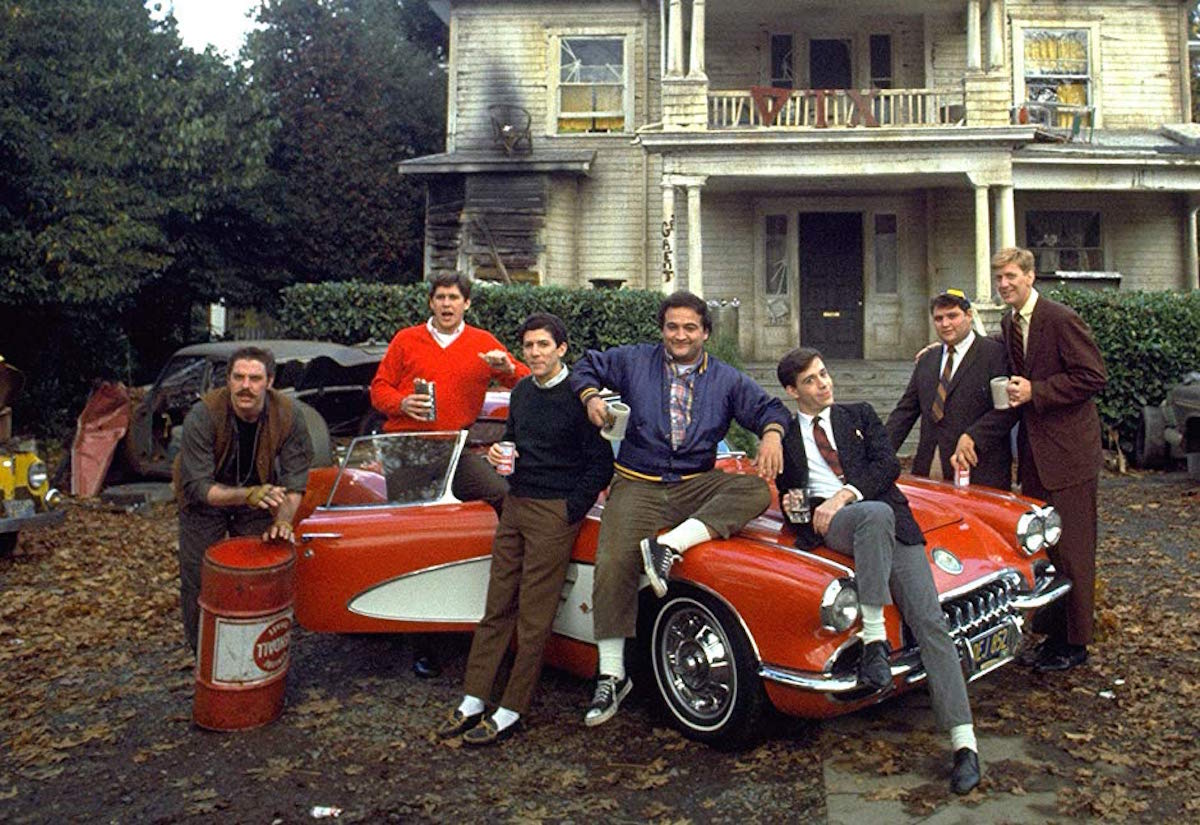 As we’re all still reeling from Brett Kavanaugh’s confirmation hearing testimony/shout-machine, most people seem to be split into one of two camps: either he’s lying or she is. There’s another theory I’ve heard floated though—that Kavanaugh believes what he’s saying is true, and believes he didn’t sexually assault anyone, but only because he doesn’t think what Christine Blasey Ford described is actually assault, or anything at all to be ashamed of.

Much of what Kavanaugh described about his own life supports this idea. He comes from the sort of background that doesn’t require boys to face consequences for most actions, and definitely not ones like Dr. Ford described. That sort of encounter—an attempted rape alongside his best friend, laughing drunkenly over their behavior—is, at most, a glossed-over anecdote reflecting what would be viewed as boyish behavior. Maybe it could be filed away under the category of learning experiences. They certainly weren’t supposed to be things that could keep a privileged boy from becoming a successful man.

This was no more clear than in the movies Kavanaugh referenced as having shaped the mentality of himself and his friends: Animal House, Caddyshack, Fast Times at Ridgemont High. You might like these movies. You might think they’re funny or even classics. But Kavanaugh tried to use them as examples of innocent, boyish antics, and they are most definitely not that. They do, however, illuminate some of the ways in which Kavanaugh’s views towards girls, women, and sex (not to mention the drinking habits he spoke of at length) could have been influenced by normalized misogyny and rape culture.

Let’s look at those movies.

The iconic 80s frat movie (technically 1978, setting the tone for the decade to come) may be presented as satire, but it doesn’t actually seem to condemn toxic frat culture. Instead, it makes it look pretty fun. It’s also highly reflective of what we’ve heard of Kavanaugh, not just from Ford, but from his own high school and college friends. It’s why John Oliver dubbed him “Judge Animal House.”

Here are just a few examples of boys being boys, Animal House-style:

The ludicrously named’ 80s sex symbol Lacey Underall (played by Cindy Morgan) is sometimes defended as a “strong female character” because she’s confident in her sexuality. But that doesn’t change the fact that she is exclusively viewed through the male gaze, existing only to sleep with men and cause tension between them over her choices. It doesn’t help that Morgan has said she was incredibly uncomfortable filming nude scenes and only relented when the film’s producer, Jon Peters, pulled the old “You’ll never work in this town again” on her.

Despite being directed by a woman (the brilliant Amy Heckerling), the film is still very much of the 80s teen sex comedy genre, and comes with all the requisite sexism. Buried in there—and which might have been at the forefront if Heckerling had made the film a decade or two later—here’s great movie about Jennifer Jason Leigh’s Stacy and her developing sexual curiosity. Instead, the movie focuses heavily on the sexual fantasies of the male characters, where women are in exclusively seen in bikinis or topless. When the boys look at girls or pictures of girls, it’s Male Gaze 101, with their bodies segmented into shots of the breasts and asses.

This one might come the closest, but none of the movies that Kavanaugh cites as being formative give an honest depiction of how sexual experiences—positive or negative—actually affect girls and women.

There are plenty of other examples from more movies Kavanaugh likely grew up watching and emulating. In Porky’s, the boys spy on high school girls in their locker room shower, with one even sticking his penis through the peephole. (The female teacher who tries to discipline the boys is ridiculed, by the way, because–of course–it’s seen as just boys being boys.)

Revenge of the Nerds features a character that tricks a woman into sleeping with him by dressing as her boyfriend at a costume party. (This is never called what it is—rape—and instead, he’s rewarded with her decision to date him instead, because he was so good in bed. This may be a comedy, but the unspoken, disturbing lesson is that women don’t know what they want or what’s best for them, and that once men overcome their protestations, women will be grateful, or at least not angry.)

In Sixteen Candles, Jake—the romantic hero!—”trades” his drunk, passed out girlfriend to Ted, the “nice guy” geek for a pair of Molly Ringwald’s underwear. That Ted has sex with Caroline without her consent is seen as both funny and a victory for the underdog.

In all of these movies, the boys and men rarely, if ever face any real consequences for the actions listed above. Any consequences they do see are doled out by male authority figures. Pinto never has to see how his behavior affected Clorette. Do we care if Caroline has lasting trauma from being assaulted?

Trauma and assault don’t exist in these movies. In fact, it’s never suggested that anyone in any of these movies would consider that the larger experiences of these disposable female plot points could be of any import at all.

Yet these are the films that shaped Brett Kavanaugh’s worldviews during those formative teenage and college years, the years which he’s currently tasked with defending.