The Kavanaugh Hearings Are a Battlefield Not Just for Abortion, but Birth Control 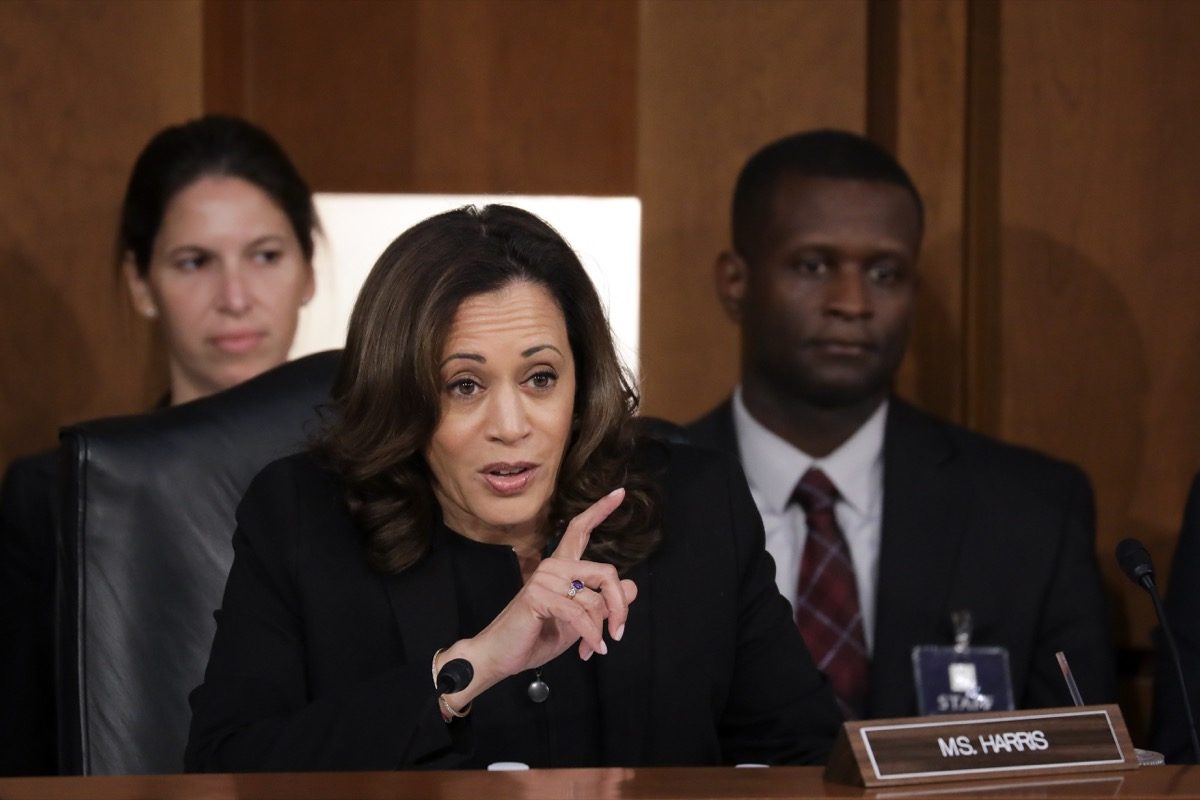 Can you name a law that gives the government control over the male body? That’s what Sen. Kamala Harris asked Brett Kavanaugh at Wednesday’s Supreme Court confirmation hearings, to which Kavanaugh responded that he wasn’t “aware of any right now.”

In other words, the ceaseless conflict around whether the government has the right to ban or restrict abortion and force women to carry pregnancies to term is inherently about gendered control. The unique simplicity of the question was as beautiful as any aspect of Senate hearings that could decide the fate of human rights in this country could possibly be.

As you could probably guess, abortion and reproductive rights have been a dominant focus of this week’s Kavanaugh hearings, and for good reason. As a quick refresher, there’s ample evidence Kavanaugh would vote to dismantle abortion rights if confirmed to the Supreme Court. The president picked Kavanaugh from a short list with an anti-abortion litmus test, after promising on the campaign trail to nominate anti-choice Justices, and stacking his cabinet full of officials devoted to curtailing reproductive rights.

Kavanaugh has praised the dissent in the landmark abortion case Roe v. Wade, and in the one case he personally ruled on regarding abortion, he sided with the Trump administration’s desire to block a detained immigrant woman, Jane Doe, from accessing abortion. Kavanaugh has also ruled in favor of employers’ and insurers’ ability to deny women access to birth control—all while, on Thursday, he referred to hormonal birth control as “abortion-inducing drugs,” which really raises a question of whether anyone ill-informed (or malicious) enough to equate abortion with birth control should be making decisions about either.

If you put two and two together, his opposition to birth control and abortion speak volumes about the toxic power dynamics Kavanaugh would allow to stand if confirmed to the court, and show just how necessary Harris’ question was.

And fortunately, despite the statistical odds stacked against them, Senate Democrats have spent the week so far fighting back. For so many groups of people in this country, absolutely everything is at stake with Kavanaugh’s nomination. And there isn’t a single person in the U.S. who won’t be affected by the inevitable, terrifying restrictions on our reproductive options that confirming Kavanaugh would lead to. That’s why the work Senate Democrats are doing matters so much.

In addition to her question about the government and male bodies, Harris asked Kavanaugh if he believed Congress had the power to pass a law banning abortion on the federal level, or for a state to ban abortion on the state level. He declined to answer both.

Similarly, Sen. Mazie Hirono put Kavanaugh on blast with a question referencing his decision in the aforementioned Jane Doe case, asking whether he believed undocumented women and minors in the U.S. had the right to an abortion. Kavanaugh responded, “The Supreme Court has recognized that persons in the United States have constitutional rights,” which was really the same as saying nothing, but the question, similar to another question asked by Sen. Dick Durbin earlier, served as an important reminder about Kavanaugh’s jarring record of intersectional oppression.

Sen. Dianne Feinstein on Wednesday used her platform on the Judiciary Committee to point out how Roe v. Wade has empowered women to “participate in the economic and social life of the nation,” as well as another biting reality that far too many politicians dare to speak of: Prior to Roe, in the 1950s and ‘60s, between 200,000 and 1.2 million women died annually from unsafe abortions. We see the ghosts of this reality today, even in a world with Roe, as the U.S. maternal mortality rate is the highest in the industrial world and increases in states that impose more restrictions on abortion.

Kavanaugh responded to Feinstein’s questions about how he would handle Roe by conceding, “As a general proposition, I understand the importance of the precedent set forth in Roe v. Wade.” That said, as much as I hate to be the one to break it to you, men lie (shocking, I know). Additionally, the technical precedent of Roe has existed for almost 50 years, while Supreme Court decisions and a range of federal- and state-level laws have continually hacked away at it nonetheless.

Speaking of Kavanaugh claiming Roe is precedent, that’s not exactly the full story, whatever he or Sen. Susan Collins try to tell you. In “confidential” emails so bravely released by Sen. Cory Booker on Thursday, Kavanaugh argues that Roe actually isn’t settled law, and could be overturned at any time. “I am not sure that all legal scholars refer to Roe as the settled law of the land at the Supreme Court level since Court can always overrule its precedent, and three current Justices on the Court would do so,” he wrote in 2003.

As the Kavanaugh hearings continue, it’s critical that we watch and recognize them as the existential battle for women and marginalized people’s rights that they are, and it’s just as critical that we do our part by calling our representatives every day.