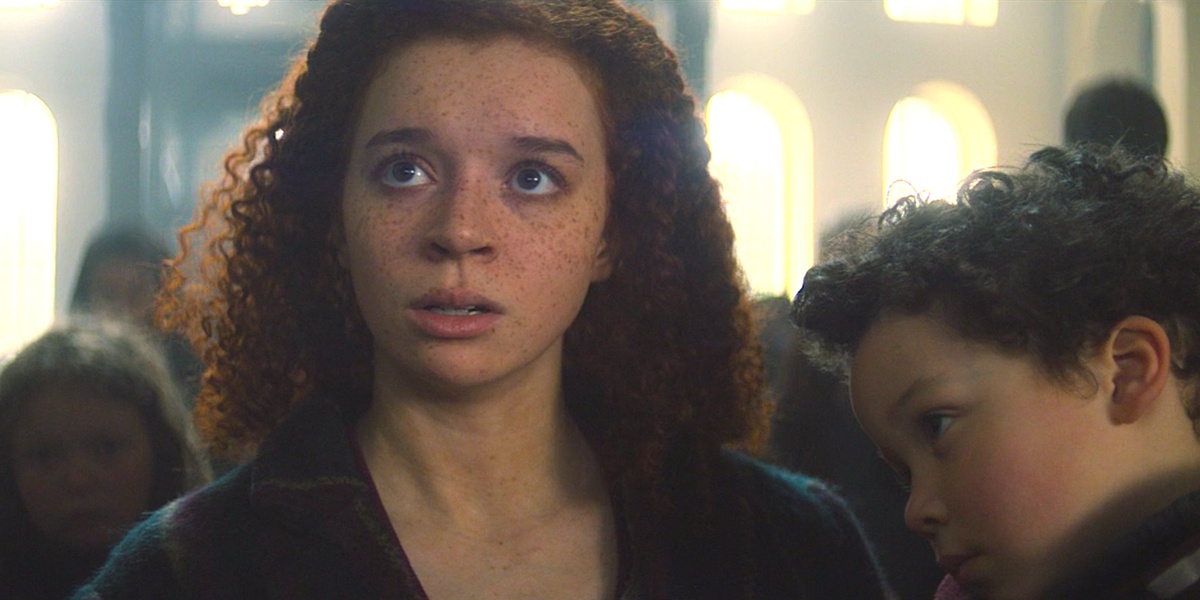 A few years ago, for Black History Month, I wrote about slave rebellions across the Black diaspora. As I’ve gotten older, my opinions about revolutions and rebellions have grown. When you study history, you learn that the difference between terrorists and revolutionaries is often who wins and gets to write the history after the fact. That means whenever I watch a series that attempts to deal with the complicated realities of a revolution, I always have my armchair historian brain ready.

Enter The Falcon and the Winter Soldier’s Karli Morgenthau and the Flag Smashers.

**Spoilers for Marvel’s The Falcon and the Winter Soldier.**

From their introduction, the Flag Smashers have been an organization with a goal that never makes complete sense to audience. They want to return things to the way they were during the Snap, when Thanos removed half the population of the universe. We have very little insight to what the world was like during this time period, but Sam at one point says this:

“For five years, people have been welcomed into countries that have kept them out using barbwire. There were houses and jobs. Folks were happy to have people around to help them rebuild. It wasn’t just one community coming together, it was the entire world coming together.”

It explains why the Flag Smashers’ motto is “One world, one people.”

Following the Blip, when all the displaced people came back, the once-united world went back to being unwilling to help each other, protecting their resources and making sure to protect those who returned.

The Global Repatriation Council (GRC) was set up to help things, but considering how bad our own world is at doing literally anything, this didn’t do well. Resources did not go out, and people were forced into homelessness and turned into refugees. This is the climate that produced Karli Morgenthau, a teenage girl who survived the Snap and felt like the GRC cared more about the people who were snapped than the ones who survived and had to live through everything.

She created the Flag Smashers with the goal of creating a united world without borders or patriotism, helping each other in times of need.

Which sounds amazing. Except the show doesn’t spend enough time with this concept. We do not see this world, and therefore all we see is Karli being violent and escalating to the point where she is willing to kill hostages. The story does not take the time to sit with the politics of Karli’s decisions, which is not something that is so hard to understand.

In our own modern day history, one of the big issues with Brexit was the possibility of a hard border in Ireland again, something that, during the Troubles, was a huge issue, and the politics of a United Ireland is still a big deal in that part of the world.

Kaila Hale-Stern, our dear editor, made the point in a previous article: “I think it would have been a much bolder narrative choice to show a powerful rebellious leader that didn’t feel the need to perform random murderous acts. That would have made any drive to stop Karli in her tracks all the more morally complicated and compelling. Now people like chief status quo defender and faux-Cap John Walker can point out that Karli killed a bunch of defenseless people and justify his antipathy toward her.”

Despite being Team Sharon Get Your Money, I’m upset that Karli died at the end of show. Despite Sam’s speech lionizing her actions and trying to bridge a sense of understanding, it would have been more powerful to let her live—to allow her to stand for a larger, different way of viewing the world. The Flag Smashers mostly get killed off by Zemo, when he sends his own Woodhouse to blow them up.

The Falcon and the Winter Soldier is very Introduction to Radical Politics 101, and I have no doubt that there are people who see themselves in and identify with Karli. Still, it is upsetting to see a Black girl’s struggle for freedom, and for a cause bigger than anything most of our “heroes” have done in the Earthly sense, be used as so much fodder for the development of male characters.

I do not think that life will change for the better without an assault on the Establishment, which goes on exploiting the wretched of the earth. This belief lies at the heart of the concept of revolutionary suicide. Thus it is better to oppose the forces that would drive me to self-murder than to endure them. Although I risk the likelihood of death, there is at least the possibility, if not the probability, of changing intolerable conditions. This possibility is important, because much in human existence is based upon hope without any real understanding of the odds. Indeed, we are all—Black and white alike—ill in the same way, mortally ill. But before we die, how shall we live? I say with hope and dignity; and if premature death is the result, that death has a meaning reactionary suicide can never have. It is the price of self-respect.

Revolutionary suicide does not mean that I and my comrades have a death wish; it means just the opposite. We have such a strong desire to live with hope and human dignity that existence without them is impossible. When reactionary forces crush us, we must move against these forces, even at the risk of death. We will have to be driven out with a stick.
― Huey P. Newton, Revolutionary Suicide