Karen Gillan Wants to Play the Joker in the DCEU, and I Am Here For That 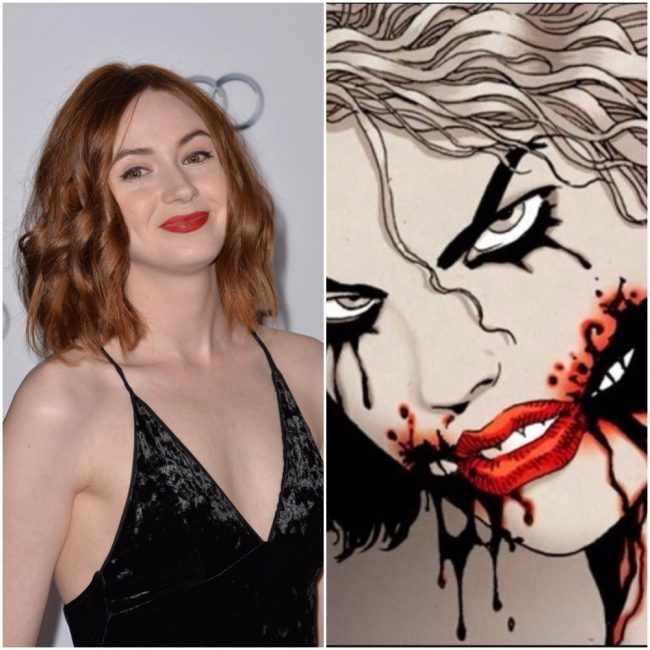 After killing it as Nebula in Marvel’s Guardians of the Galaxy franchise, Karen Gillan is looking to play in the DC sandbox…but only if she gets to play its biggest villain.

While participating in a panel at Florida Supercon this weekend, Gillan revealed that of all the comic characters she’d like to take on next, she’d love to take on The Joker! As reported by CBR.com, when asked if she wanted to play a character outside the MCU, she quickly responded, “Oh, can I say something DC? OK, I’m going to say something DC, and I’m going to play the Joker. Maybe a female Joker.”

Now, a female Joker isn’t new for DC. After all, one of the huge changes in DC Comics’ Flashpoint event was that Thomas and Martha Wayne weren’t killed by a gunman in an alley, young Bruce Wayne was. Thomas ended up becoming Batman…while Martha, handling her son’s death even less well than a guy who chooses to fight crime in a bat outfit, becomes the Joker. It’s real creepy, you guys.

When Gillan was made aware of this at the convention, she got really excited saying, “This is my calling! Somebody make a call for me and let them know I’m available.”

You hear that, DC Entertainment/Warner Bros? KAREN GILLAN IS AVAILABLE TO PLAY THE JOKER!

This is even more interesting when you consider that DC recently re-titled the upcoming Flash solo movie…Flashpoint. While The Walking Dead‘s Lauren Conrad played Martha Wayne in Batman v Superman, anything goes if you’re talking alternate universes, amirite? Gillan is a fierce, surprising actress, and the fact that she’s so gung-ho about playing this character makes me think that she’s got an amazing Joker performance in her somewhere, just waiting to be unleashed.

We’ve already had awesome male performances of The Joker (Heath Ledger) as well as dumpster fires (Jared Leto). It’s about time we give a female Joker a whirl, dont’cha think? Would you wanna see Karen Gillan’s take on The Joker? Tell us below!