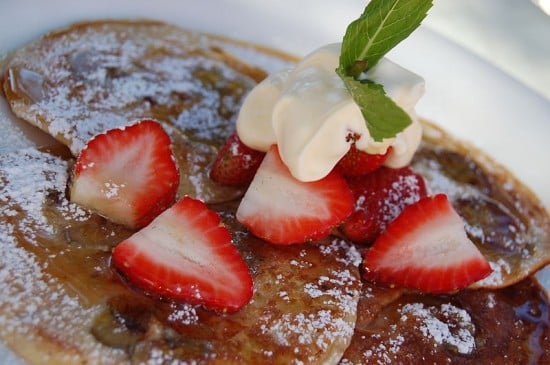 As the old saying goes Kansas, like many midwestern states, is as flat as a pancake. Somehow, pancakes became the golden standard for flatness, but do they really deserve such a title? A team of researchers from Texas State University and Arizona State University decided to find out. The researchers scientifically tested whether or not the state of Kansas was as flat as a pancake, and were surprised at what they found.

Pancakes might be flat, but they are by no means the golden standard. The state of Kansas is actually flatter than a pancake. Who would have thought that was possible? The researchers figured this out by gathering data from the US Geological Survey about the topography of Kansas. They then obtained sample pancakes from none other than that breakfast staple, The International House of Pancakes. Armed with science and breakfast, the researchers headed into the lab.

The researchers used a confocal laser microscope to compare the flatness quotient of a pancake to the USGS data about Kansas. For something to be perfectly flat (1.0) it would need to have no two points on its surface at different levels. A 2cm strip of pancake was placed under the microscope, and the researchers found that it was surprisingly inconsistent (0.957) with some sharp peaks and a lump in the center. Kansas, on the other hand, was pretty darn close to the perfectly flat designation, coming in at 0.9997. According to the researchers, this makes the state flatter than a pancake.

Now, this isn’t to say that Kansas is as flat as it gets, as it does fall short of perfect and there are bound to be some hills or other “spikey” things that would keep it from that designation, but the researchers were able to conclude that a pancake is shockingly bumpy and doesn’t deserve to be the golden standard for flatness.

(Improbable Research via i09, photo via Wikimedia Commons)