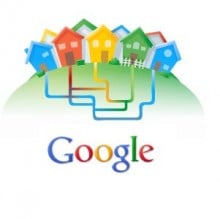 Google has announced that Kansas City, Kansas will be the location for Google’s experimental fiber network, which aims to provide one gigabit of information to every home. Those are some very lucky Kansans.

Since the initiative was announced, communities across the country have tried to woo Google with stunts of all kinds. In choosing a recipient city, Google says:

our goal was to find a location where we could build efficiently, make an impact on the community and develop relationships with local government and community organizations. We’ve found this in Kansas City. We’ll be working closely with local organizations including the Kauffman Foundation, KCNext and the University of Kansas Medical Center to help develop the gigabit applications of the future.

There is as of yet no word on pricing, but it will apparently be in-line with what Kansans are already paying for Internet. Google intends to begin construction before the end of the year, and hopes to have the network up and running by the first quarter of 2012. Google hasn’t been given carte blanche, however; their plans are still contingent upon approval by the city council.

Our congratulations to the denizens of Kansas City, though we turn green with envy saying it. Keep reading below for a video of Google’s official announcement.