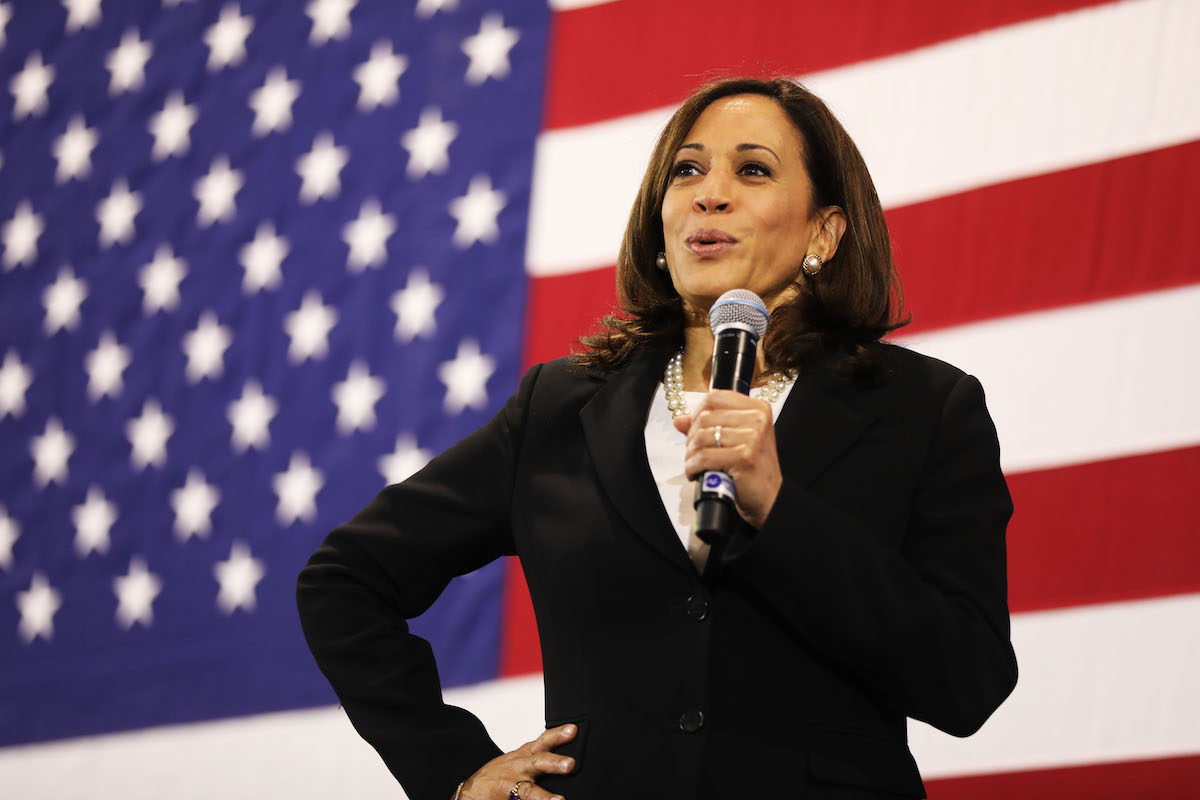 Kamala Harris kicked off a town hall event with MSNBC Tuesday night by announcing her plan to protect reproductive rights.

“I think it’s very clear that—and it has not changed–that women’s ability to have access to reproductive health is under attack in America. It’s under attack,” she told host Lawrence O’Donnell. Across the country, “state legislatures are fundamentally attacking a woman’s right to make decisions about her own body. And let’s understand what this means. Are we going to go back to the days of back-alley abortions? Women died before we had Roe v Wade in place.”

“And so I’m gonna tell you,” she said, echoing our own collective frustration, “on this issue, I’m kinda done.”

As she notes, there are certain states that have been at the forefront of the war on abortion access, that keep trying to pass these ultra-restrictive bans that plainly violate the U.S. Supreme Court’s Roe v. Wade decision. Should she be elected President in 2020, Harris says that those states are going to have to go through her and her Justice Department.

“I am going to put in place and require that states that have a history of passing legislation that is designed to prevent or limit a woman’s access to reproductive health care, that those laws have to come before my Department of Justice for a review and approval,” she said, “and until we determine that they are constitutional, they will not take effect.”

Harris’ plan is not without precedent. It’s modeled after a provision of the Voting Rights Act, which prohibited states with a history of discrimination from implementing obstacles to voting. If those states wanted to make changes to their voting laws, they had to get federal approval.

That section of the Voting Rights Act was overturned by the Supreme Court in 2013 because it was ruled that in 50 years, enough had changed in those states to not require that sort of oversight. Whether or not that’s true, Harris says her proposal would look at states’ more recent history—just the past 25 years.

For those states with a history of pushing anti-abortion bills, Harris says, “We will review those through the United States Department of Justice and make a decision: Are they conforming with the Constitution of the United States as interpreted by the United States Supreme Court or not? And if they are not, then that law will be invalidated and it will not be able to be applied to the women of that state.”

I’m sure some people will see this as an attempt to infringe on states’ rights, but those are likely the same people who feel they can pick and choose which parts of the Constitution are the important bits and which can go (like the ones who cling to their guns while celebrating Trump’s attacks on the press).

Personally, I’m all for this plan because, like Harris, on this issue, I’m kinda done.