UK Paper Wonders if “the Justice System [Is] Biased Against Men?” in Cases of Rape. The Short Answer? No. 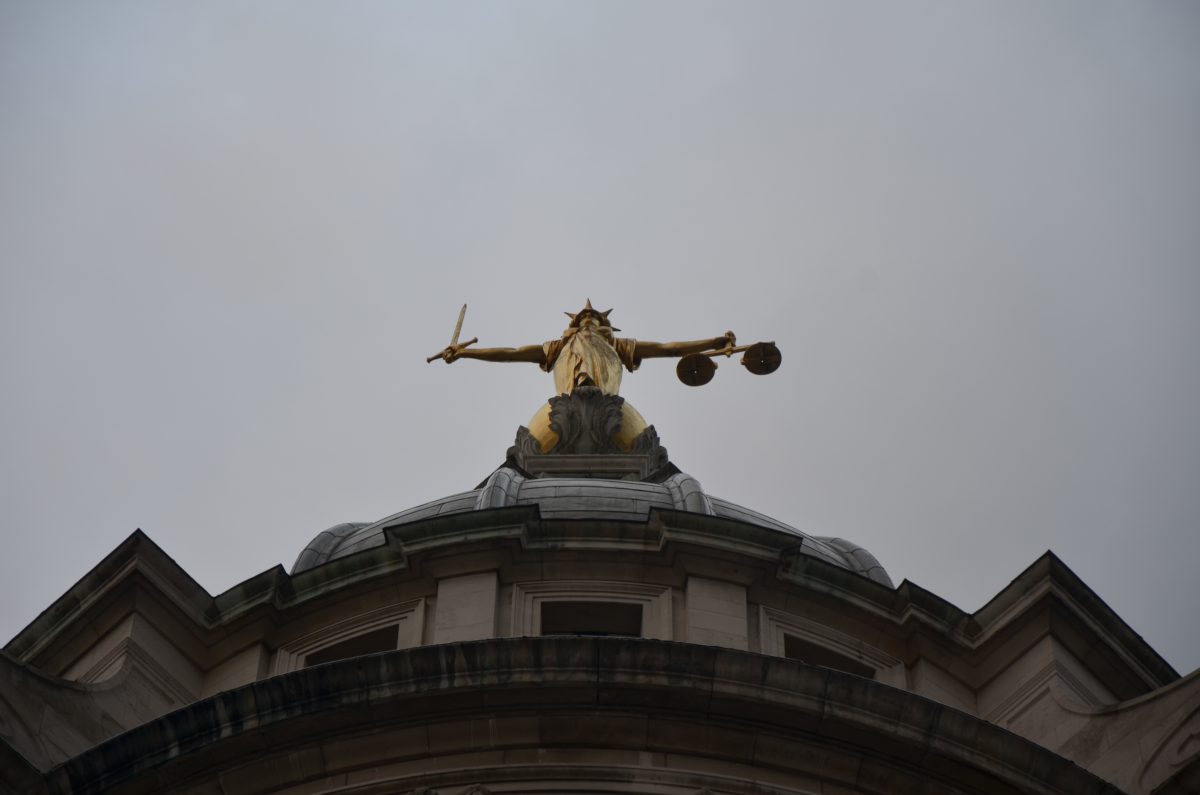 Clearly, Katie Glass at The Times believes that the justice system in the UK is “biased against men” in rape cases, which is really interesting considering that the cases she highlights in her piece on the subject involve men for whom new evidence pointed toward their innocence (or, at least made their guilt more difficult to prove), and the charges against them were dismissed. The justice system worked for them. So…where is this bias she’s talking about?

In her piece “Falsely Accused of Rape: Is the Justice System Biased Against Men?” Glass focuses on the stories of Samuel Armstrong, Isaac Itiary, Oliver Mears, and Liam Allen, four men accused of rape, then found not guilty thanks to evidence produced later.

So, the answer to her own question is right there, it seems. No, the justice system is not biased against men. In fact, these cases are prime examples of how the justice system has worked in men’s favor. They were charged, received evidence that cast doubt on their guilt, used it in their case, and were found not guilty. That’s the justice system working.

Glass’ main complaint seems to be that the Crown Prosecution Service (or CPS, the principal public prosecuting agency for conducting criminal prosecutions in England and Wales) and local police didn’t provide the full evidence quickly enough, very often leaving it until the “last minute.” (Apparently, three weeks before the trial is “last minute.”) Meanwhile, during preparation for their trials, they were becoming known in the press as alleged rapists, and that was hugely stigmatizing.

Yet that stigma has nothing to do with the legal system and its biases. It has to do with the court of public opinion, a court over which we have very little control, but also isn’t a real court. So that’s my first problem with this article, and the ethos behind it:

The conflation between the “legal system,” and the “Court of Public Opinion”

There’s a lot of talk about how rape charges “ruin men’s lives,” whether or not they are convicted.

And by the way, they usually aren’t. Since we’re talking about the UK in this instance, I’ll direct you to this tweet from Jolyon Maugham, lawyer and director of the Good Law Project:

If you rape someone your prospects of being convicted are (disgracefully) between 3 and 5%.

Rapists are convicted between 3-5% of the time. Maugham backs this statistic up with a report from the UK’s Office for National Statistics in their Ministry of Justice. This means that 95-97% of the time, those who are accused of rape freely go about their lives.

Are all 97% of those accused innocent? Are 97% of female accusers liars?

That’s what one would have to believe in order to willfully misunderstand the reason behind a victim-first approach. If any bias is evident here, it’s the fact that most men go free when accused of rape, which means that it’s rape victims who are being underserved by the legal system.

Do we know or remember the names of all the men accused of rape? No, of course not. Their names and faces might remain fresh in the public consciousness shortly after their cases have been in the news. Maybe moreso, if they had a high-profile job, like Armstrong, who was accused of rape while working as chief of staff for the South Thanet MP Craig Mackinlay. Still, if they keep themselves out of the press, the public will stop caring.

In his interview with Glass, Armstrong says:

“Victims of sexual assault talk about being violated, the fact that their autonomy is taken away. One of the things that false allegations do is take autonomy away from accused individuals. Now there is an image of me scarred into the public psyche. I have been robbed of the chance to live a quiet behind-the-scenes life.”

You know what “scars” you “into the public psyche?” Press coverage. Like doing this interview about how not-a-rapist you are, for example. Way to distance yourself from the r-word, guy.

“False Accusations” vs. “Being Found ‘Not Guilty'”

In her piece, Glass treats those phrases interchangeably, but there is a huge difference between them. Just because someone is found ‘not guilty’ doesn’t mean that the person accusing them gave a “false accusation.” All it means is that the court didn’t have enough evidence to be sure that this person committed a crime.

Glass is complaining about the legal system working the way it’s supposed to work…without really knowing how it works. If she did, she couldn’t, in good conscience, assume that a “not guilty” verdict automatically means innocence. Obviously, it could. But it also could not. What one can’t do is make the logical leap from “this person was found not-guilty” to “the accuser clearly lied.” Especially in cases of rape, where the burden of proof is so high, because of the nature of the crime.

So here’s what we know from that. She willingly went up to his office with him, and they were both drunk, as they’d spent the evening drinking together. That’s all that shows. However, just because someone willingly goes somewhere with another person doesn’t mean their intention is to have sex, I don’t care how “romantic” the evening seems. And even if their intention is to have sex, either party is free to change their mind.

This new evidence doesn’t “prove” he’s innocent of rape. All it does is prove that at one point, this woman was interacting romantically with him. Believe it or not, just because a woman expresses attraction or romantic interest in a man doesn’t mean she’s DTF at all times. I know that sounds bananas.

And let’s, for a moment, talk about the fact that they were both drinking. I’m sure many people would say, but she was drunk. Of course this happened. She shouldn’t have been drinking so much. But they would likely use the fact that he was drinking as an excuse to go easy on him. Like, He wasn’t clear-headed. Maybe he misunderstood signals.

If he’d gotten drunk and, say, committed murder, would the drinking be enough grounds to go easy on him? He didn’t mean to kill that person! He was drunk! Absolutely not. If he got drunk and went on a robbery spree, would people look more kindly on his theft?

Sexual violence is a crime. Yet too often, it isn’t treated as such. Which leads me to…

I have one major concern in rape cases. The victim remains anonymous. Why should the defendant not remain anonymous until found guilty. Why should his life be ruined even before the allegations are proved correct ? Don’t we have a duty to both defendant and complainant?

For all that women supposedly have all this “power” and have the legal system working “in their favor,” we don’t tend to see or treat rape as a genuine crime.

Among the many responses Maugham received to his tweet, there was a recurring concern for male reputations, and a desire that men charged with rape be allowed to be anonymous since victims get to be anonymous.

Because yes, the person accused of a crime should totally get the same respect as the person who’s had a crime committed against them. Uh-huh.

Now, I might think there was a case for this if I saw these people arguing that for other crimes, but they’re not. They’re not going around saying that those accused of murder, or theft, or trafficking should be allowed to be anonymous. But it’s just that a rape charge is so distasteful, you see. There’s such a charge around the r-word, and yet, rather than that charge encouraging people to take accusations seriously, that charge causes some people to rush to protect those accused of it in a way they wouldn’t for any other crime.

Why is that? Why is it so easy for us as a society to dismiss rape? We talk a big game about it being a horrible crime, but we don’t actually treat it like one. We’re willing to make so many allowances, find reasons, make excuses, and brush it under the rug.

I would love to someday hear someone tell a man, “I bet you’re only talking about the burden of being an accused rapist for the attention.” Oh wait, I kinda did above. If that sounds ridiculous to you, yet you can somehow believe that women love taking a stigma upon themselves because they’re “attention-seeking?” Congratulations! You’ve just encountered a sexist thought! Now you can begin to dismantle it!

The legal system in the UK is not biased against men, nor is the legal system here in the U.S. Time and time again both the real courts and the court of public opinion either side with men accused of rape outright, or make so many allowances for their behavior that any negative impact on their lives is softened.

These are not all innocent men (not all men!). Yet, thanks to legal systems inclined to believe they are when it comes to rape charges, they get to eventually go back to the business of their lives as rape victims must push forward and try to do the same in the face of a sexist society that hates them.