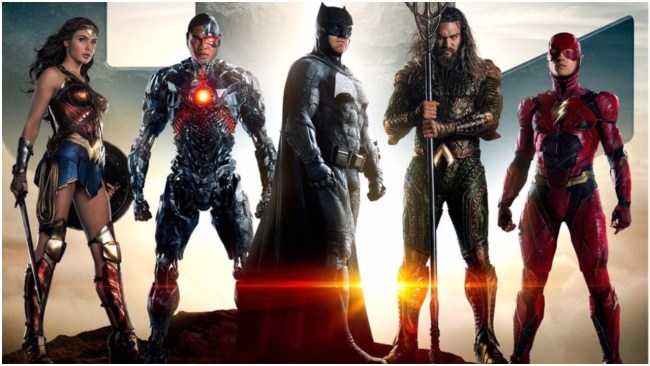 According to reports coming out of CinemaCon, DC’s Justice League will have a 2 hour and 50 minute runtime—which means, with ads and trailers, you’re going to be parked in that seat for over 3 hours. Zack Snyder, why do you not look to your past mistakes? Why?

Looks like the run time for #JusticeLeague is going to be 2 hours and 50 minutes #CinemaCon2017 pic.twitter.com/2bvbs7kRU0

Movies have been stretching the limits of our ability to sit still a lot as of late, but Zack Snyder is one of the worst offenders. Batman v. Superman: Dawn of Justice, a bleak, sometimes incoherent superhero film with little fun factor, clocked in at 3 hours 3 minutes.

It was overstuffed and overserious—the Snyder hallmarks—but no one apparently tells Zack Snyder to learn from what hasn’t worked before and rein it in a little. No, DC keeps giving him control over their prime properties, despite disappointment from fans and critics (BvS received a 27% rating on Rotten Tomatoes).

For the sake of comparison, let’s put some of Snyder’s comic book outings next to some others:

Even Avengers: Age of Ultron, which aged me at least half a decade, came in at 2h 22m. Civil War, at 2hr 27m, was long in the tooth, and as someone who still saw it three times in theaters, I’m comfortable with saying it could have been trimmed down quite a bit.

Some people are going to say I’m quibbling over Justice League’s runtime. What’s an extra 20 or 30 minutes? The thing is, during a movie, this can feel like an eternity. It’s why so many brief scenes end up on the cutting room floor. Even a few minutes can alter or drag out the narrative to a significant degree.

And at this point, while his aesthetic is on point, I just don’t trust Zack Snyder to craft a coherent narrative that is going to fit together and sustain my interest for this long. I know I’m not alone.

@FictionFight @robinbellwriter I guess that answers the question of how many lessons they’ve learnt from Bats Vs Supes.

@FictionFight that’s a no. Has DC/WB learned nothing from BvS 😐😐😐

@FictionFight So just a few minutes longer than that trailer.

Other reactions from fans in the same thread say that they won’t be able to get enough Justice League and that 3 hours isn’t long enough. There are plenty of people who would watch the Justice League-ers watch paint dry and you know what? As a superhero fan, I respect them and I understand about not ever quite getting your fill of the thing you love. What I won’t agree with is Zack Snyder inflicting his ponderous takes on the rest of the movie-going population.

If Snyder had earned my respect as a filmmaker who makes smart decisions and directs complicated plots masterfully, I’d be a lot more excited for Justice League and this runtime news. But he hasn’t, and I’m not.