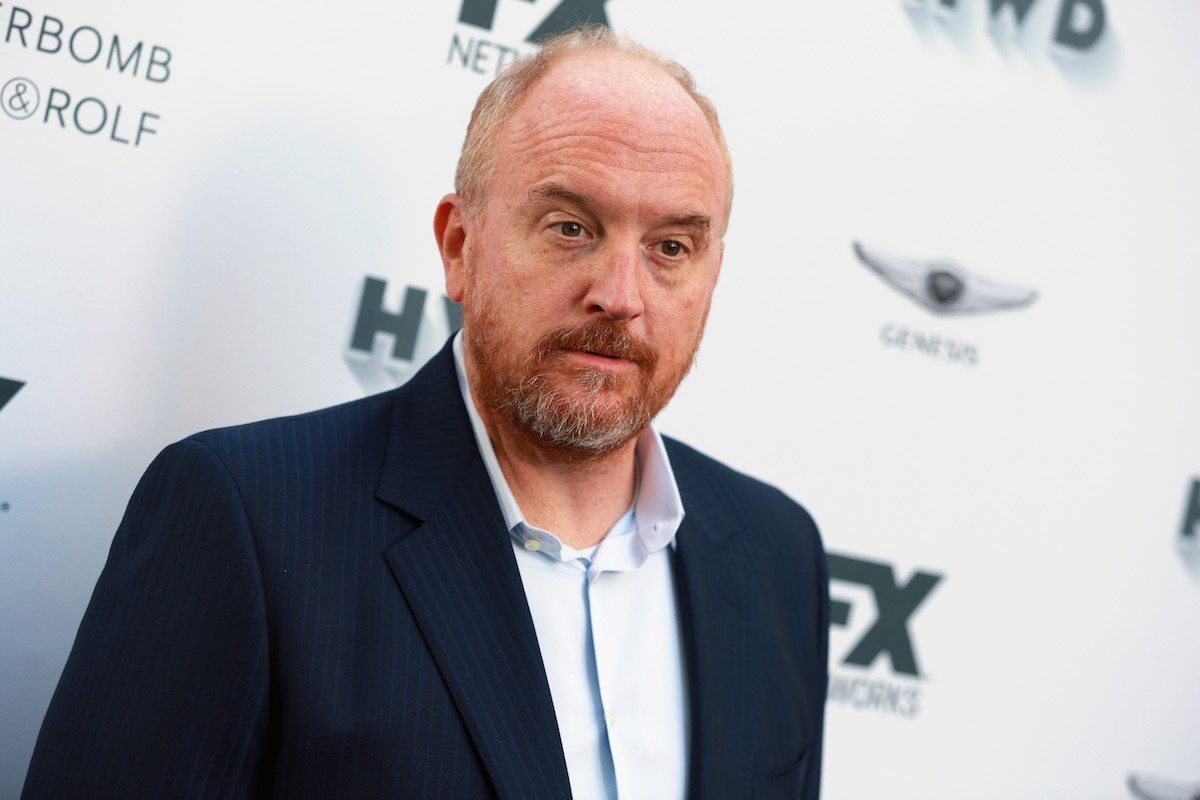 Mark Breslin took to the Canadian Jewish News as if he was telling the hardest story he ever had to write, and then Julia Wolov wiped the mud off her shoes with his, frankly, nonsensical reasoning. Breslin, who runs the Yuk-Yuks Comedy Club in Canada, decided long ago that he would book Louis C.K. despite the allegations against him and sexual misconduct he has admitted to. With that, he made himself very vocal in his support of C.K., enough so that C.K.’s people finally reached out to him to take him up on his word.

The piece Breslin wrote about his decision bleeds “I want to be seen as controversial” in such an obvious way, especially because the first sentence is him pointing out how controversial his booking of Louis C.K. was. Louis C.K. went from a comedian that many loved to a comedian that men love to support to make themselves feel edgy. You’re not edgy; you support a man who sexually harassed women, so maybe screw your head on correctly and shut up.

The problem is that Breslin a) did not fact check his statements and b) acted as if C.K. just masturbated to completion in front of willing partners, which his accusers, including Wolov, have said was not the case. This has been a point of contention for some time, since, even in C.K.’s own admission of his misconduct, he still claimed that he “never showed a woman [his] dick without asking first,” which has been used by his defenders to minimize and excuse his behavior—just as Breslin did, writing, “C.K. admitted that he exposed himself to the women, on separate occasions, back in 2005, and swiftly apologized, noting that it was done with their consent, which the women agreed was the case.”

First of all, it’s hard to read C.K.’s initial statement as actually describing consent when he follows with “But what I learned later in life, too late, is that when you have power over another person, asking them to look at your dick isn’t a question. It’s a predicament for them. The power I had over these women is that they admired me. And I wielded that power irresponsibly.” Even C.K. himself understands that the question he claims to have posed wasn’t really a question.

Not only that, but in her counter article for the same site, comedian and actress Julia Wolov wrote that she very much did not consent to C.K.’s naked misadventure and that there were multiple inaccuracies in Breslin’s so brave piece on why he wanted to be in the news, because, let’s face it, who heard of this man before Wolov responded to him in the first place? Wolov also called out the despicable nature of Breslin using C.K.’s Jewish ancestry as a means to raise him up as if many of his alleged victims were not also Jewish:

Wolov went on to comment on Breslin’s support of C.K. and his statements on C.K.’s story of his grandfather:

Since Breslin seems to take pride in his Judaism, he should know that four of the five women from the Times article are Jewish. The author’s attempt to convince himself and the Jewish community of the validity of supporting C.K. by saying he is part Jewish is shameful.

All of this comes from a place of Mark Breslin wanting to be seen as something new and exciting instead of a man who would rather book a sexual harasser than any of the women who were put into an uncomfortable situation because of Louis C.K. and his abuse of power.