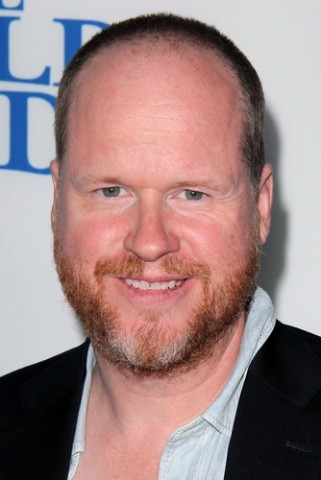 As part of Tribeca Film Festival’s Talk series, Joss Whedon and Mark Ruffalo spoke last night in New York about Whedon’s future with the Marvel Cinematic Universe and their experiences working on Avengers: Age of Ultron. Whedon also dropped some exciting details about a new project of his, and, because he’s a human in the year 2016, gushed about his enduring love for Hamilton.

Speaking about his work on Avengers: Age of Ultron, Whedon told the audience (transcription via Deadline and Variety):

Ultron, I’m very proud of. There were things that did not meet my expectations of myself and then I was so beaten down by the process. Some of that was conflicting with Marvel, which is inevitable and a lot of that was about my own work and I was also exhausted, and we right away went and did publicity. I created the narrative — wherein I’m not quite accomplished at– and people just ran with (about Ultron) ‘Well it’s OK, it could be better, but it’s not Joss’ fault’ and I think that did a disservice to the movie, and to the studio and to myself. Ultimately, it wasn’t the right way to be because I’m very proud about it.

According to Deadline, Whedon’s comments last night about “creating a narrative” were a reference to candid conversations he had with the press last spring about clashing with Marvel over certain elements of the film, specifically the cave scene between Thor and Erik.

The director went on to describe working on Ultron as “bonkers” and “beautiful,” but admitted to feeling like a failure after its release:

The things about it that are wrong frustrate me enormously, and I had probably more of those than I had on the other movies I made. But I also got to make, for the second time, an absurdly personal movie that talked about how I felt about humanity, and what it means, in very esoteric and bizarre ways, for hundreds of billions of dollars. The fact that Marvel gave me that opportunity is so bonkers, and so beautiful, and the fact that I come off of it feeling like a miserable failure, is also bonkers, but not in a cute way.

Ruffalo told the audience he’s urged Whedon to direct numerous upcoming MCU films, but that the director has, so far, declined. Instead, Whedon recovered from the Avengers films by taking “a two-week vacation for the first time in 25 years” and working on on a new project. The director then offered a few hints on what fans can expect from him next, calling his mysterious new film “a definite departure” from his work with Marvel:

I wrote all the way through to the end of the movie, and I was crying so hard in public, that the restaurant closed, the valet guy came to me and then turned around and turned away. I had to take off my shirt and blow my nose into it. I couldn’t stand up. I couldn’t stop crying. And I got in the car and — luckily someone else was driving — kept crying. I just wrote the end of the movie and I’m pretty sure it works.

It’s been a long time since we’ve had a totally original movie from Joss Whedon, and although he doesn’t specify here whether this script is an adaptation or not, it sounds like he might be preparing to rip our hearts out and stomp on them with a totally new project. Personally, I could not be more excited by that. As much as I loved Joss’ work on both Ultron films, I’m excited to see more stories from him that aren’t beholden to the tone of preexisting content, or compromised by studio politics.

Whedon also mentioned that he’d been working on a musical, but that, like so many of us, he was distracted by Hamilton fever: “I can only hear Hamilton. So as soon as I stop listening to Hamilton in 2021, I’ll get back to that.”

Still, in an interview with Deadline following the Tribeca talk, Whedon said both he and Marvel haven’t ruled out collaborating again—way, way down the line. Speaking of back-to-back production on the Avengers films, the director said, “It was just five years of my life.”

(via Uproxx, image via s_bukley/Shutterstock.com)