We Could Have Had It All: Joss Whedon Wanted to Direct Star Wars: Episode VII 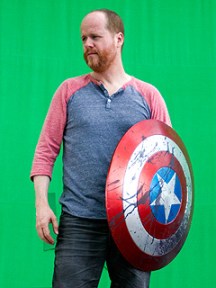 “I’m as angry as you should be. … When I heard that I was like, ‘I wonder … no, I really can’t do that. Oh, I already have a job.’ I wouldn’t clear the Avengers. I’m having so much fun with that sequel right now, just with the script, that I couldn’t imagine not doing it.” — Joss Whedon on not being able to direct Star Wars: Episode VII because of the Avengers sequel. So J.J. Abrams and Guillermo del Toro were offered the movie but said no, and Whedon wanted to do it but can’t. Disney’s having worse luck than Jek Porkins during the Battle of Yavin.