Um, Josh Hawley? If Your Op-Ed About Being “Muzzled” Is on the Front Page of a Major Newspaper, You’re Probably Actually Fine 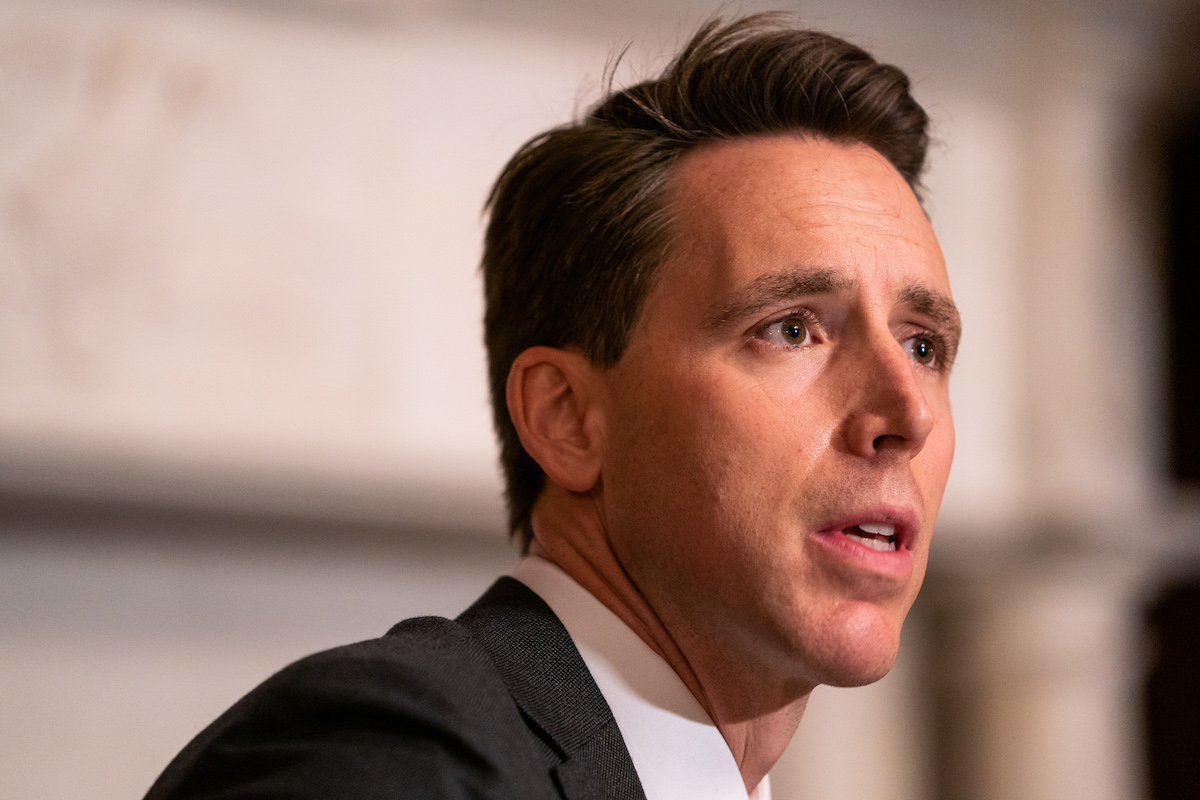 The New York Post published a front-page op-ed Sunday by Republican Senator Josh Hawley, who used the massive platform to complain about the “muzzling” of conservative voices in America.

Again, that’s a sitting member of Congress taking over the front page of a major national publication to complain about being silenced. If irony wasn’t already dead, Josh Hawley has surely killed it.

Hawley’s op-ed is exactly what you’d expect it to be, yet also somehow worse. He condemns “cancel culture” and complains about “social credit scores” (“the latest corporate import from Communist China”) and how they have the power to derail conservatives’ personal lives and professional standings.

Hawley’s social credit score has taken a hit recently and you can tell because some hotels canceled his political events, his publisher canceled his book (and then re-bought it under a conservative imprint) and because with Parler shut down, the only platforms he has left from which to espouse his views are the NY Post, Fox News, CNN, Twitter, Facebook, YouTube, and, oh yeah, the Senate floor.

Hawley makes up a lot of hypotheticals for his article. He says that “Karens” are being doxxed online for “[cutting] the wrong person off in traffic” (instead of, you know, racism). He predicts that encrypted communication apps will get shut down by big tech “for interfering in efficient social credit markets.” He says those same “tech titans” will try to expel “half the House Republican conference” from Congress because of their conservative views.

What he does not mention, not even once, is the recent riot at the Capitol that left five people dead and many more injured. The riot where violent domestic terrorists are believed to have hoped to kidnap and in some cases, even kill lawmakers. The riot that Josh Hawley actively, publicly encouraged.

It’s pretty amazing that Hawley could write a few hundred words about how people are trying to silence him and never once mention what he has said and done to actually deserve to lose his platform. Which, to be clear, he hasn’t. If he were being “muzzled,” well, he probably wouldn’t be able to use the front page of a tabloid newspaper to tell us so.

You do realize, if you were truly muzzled, you wouldn’t be able to tweet that you were standing up to muzzling by talking about the matter in a newspaper article, right?#CapitolRiot #TwitterBan https://t.co/pNSw5L33W4

“I’m being muzzled!” he screams in the pages of one of the largest newspapers in the country’s biggest media market. https://t.co/Y4JuSt463F

For somebody who claims he’s been consistently muzzled, Hawley is somehow in my face in major media outlets all the time. I would think muzzling would mean I wouldn’t have to listen to this treason weasel anymore, but apparently not. https://t.co/VG5GfUOtCj

Every time I hear @HawleyMO is being muzzled, ironically, I hear it from Josh Hawley himself.

No one is “muzzling” Josh Hawley. He doesn’t have a guaranteed right to a book deal (which he hasn’t even lost!), or to have his events hosted and publicized by a major hotel chain. He can say whatever he wants and then others can choose how to react. To insist otherwise—to say that no one else gets to decide what they say and do in response to his actions—is itself “muzzling” of others’ voices, something Hawley is actually very familiar with.

Josh,
Do you remember when you came to my Yale talk on the history of affirmative action? You disrupted it, aggressively held the floor during Q&A, wouldn’t let anyone else ask a ?, & refused to sit down. When I said you were rude & had no right to muzzle the audience, you left. https://t.co/EHIonqdIfL

You left out the part where you tried to cancel millions of votes. https://t.co/BIYJiqreBw

There is a huge difference between being silenced and being, as Rep. Alexandria Ocasio-Cortez put it, “deeply unpopular.”

You were given prime space to say this in a billionaire-run rag that specifically amplifies right-wing views, part of a entire subsidized industry of right-wing outlets.

And you need to resign. https://t.co/VjNucSfhrT

In the words of possibly my favorite TikTok of all time, “You’re not getting bullied. You’re picking a fight, then losing that fight.”

@yourpal_austin@riannasun I didn’t have to go this hard. But also… I kind of did. #oroginalsound♬ original sound – Austin Archer

Honestly, Josh Hawley should start playing that song and his rallies and political events—if he can find a venue that’s willing to host him.