Movie Review: Jordan Peele’s Us Is Not for the Faint of Heart 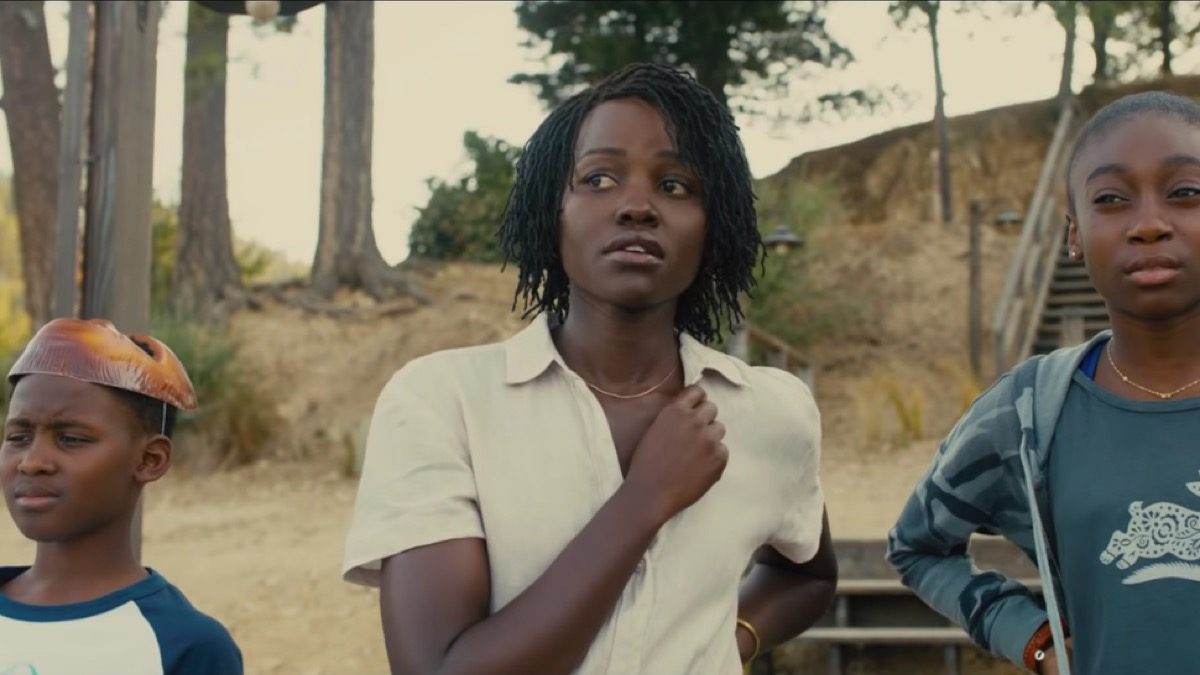 “Therefore thus saith the Lord, Behold, I will bring evil upon them, which they shall not be able to escape; and though they shall cry unto me, I will not hearken unto them.”

Remember this verse as you watch Jordan Peele’s new horror film, Us, and that he did not come to play. Us is not for the faint of heart; it will get under your skin and shake you to the core. Peele explores uncharted territory as he uses the concept of human connection as the foundation for the story and examines how the divide between the haves and have-nots of will lead to the downfall of American society.

The film starts in 1986 with a young Adelaide Wilson (Madison Curry) and her parents walking along Santa Cruz boardwalk at night. She sees something that catches her attention, a house of mirrors with “come find yourself” as the marquee. Since her father isn’t paying attention, she wanders off to the house of mirrors to quench her curiosity and finds things aren’t what they seem. What she witnesses in her reflection changes her life forever.

Fast forward to present day California, and a grownup Adelaide (Lupita Nyong’o) has a full nuclear family. Her husband Gabe (Wilson Duke), daughter Zora (Shahadi Wright), and son Jason (Evan Alex) are on vacation at their summer home. It’s apparent that she is still shaken by what happened to her as a child. Her peculiar behavior is on display, as Adelaide is seen picking the seeds off a strawberry as she eats it, or snapping her fingers off beat to Luniz’s “I got five on it.”

The flashbacks of the house of mirrors, the dissociation, and post-traumatic symptoms are further exacerbated when the family returns to that same Santa Cruz boardwalk. There is an ominous air of discord hovering over them, and she tries to warn her husband of her intuitions, but of course, her husband dismisses it as hysteria. Too bad she was right, as rabid doppelgängers end up in the driveway of their summer home—and all hell breaks loose as the unraveling of American society begins.

As the horror genre becomes more “prestigious” in the public eye, so do the performances. Adelaide is at the center of this story, and Lupita Nyong’o carries it effortlessly. This is her first leading role since her Oscar for best supporting actress in Steve McQueen’s 12 Years a Slave.

In Us, she takes on two rich and engaging personas that leave you hanging on her every word. At times, she is endearing and empathetic; other times, she is menacing and animalistic. Nyong’o is a phenomenal actress who only needed the opportunity to lead work worthy of her talents.

She’s accompanied by a sublime cast of young actors—Madison Curry, Shahadi Wright, and Evan Alex—who bring to life the aesthetic of the creepy Black child, which is something hardly seen in film or television, and Peele found talent who execute that vision in the most frightening way imaginable.

Jordan Peele understands how to disrupt the senses, using unsettling music and sounds with brilliant intention. Now, while Peele’s signature visual beats are present, tonally and narratively, this film is nothing like Get Out. He realizes there is no one way to tell a story and refuses to be put in a box. He aims to disrupt the status quo by exploring topics that many deem too controversial to touch, and filming them to cause discomfort, which is what horror is supposed to do.

Right from the beginning, there is hopelessness in the air, and despite the sometimes bright atmosphere, there is still a strong sense of dread and hostility, and movie-goers will have to sit with it, until it gets worse. Visual closeups of anguished faces, scenes of extreme violence, and creepy Black children make for a tension-fueled cinematic experience.

Couple that with the themes Peele presents, such as societal revolution, privilege, bodily autonomy, and theological concepts, and it’s unlikely viewers will digest it all in one sitting. Unfortunately, expanding on those themes in this review would lead into spoiler territory, and this is one film that has to be seen to be understood.

Us isn’t a film for everyone. Its disturbing, violent, and unapologetic—a horror story where humanity is a real villain unto itself. Jordan Peele understands that and what makes it effective, but are you ready for the experience?

Us is in theaters nationwide on March 22nd.