Jordan Peele Drops New Information About the Mythology Behind Us

This film only gets better and better. 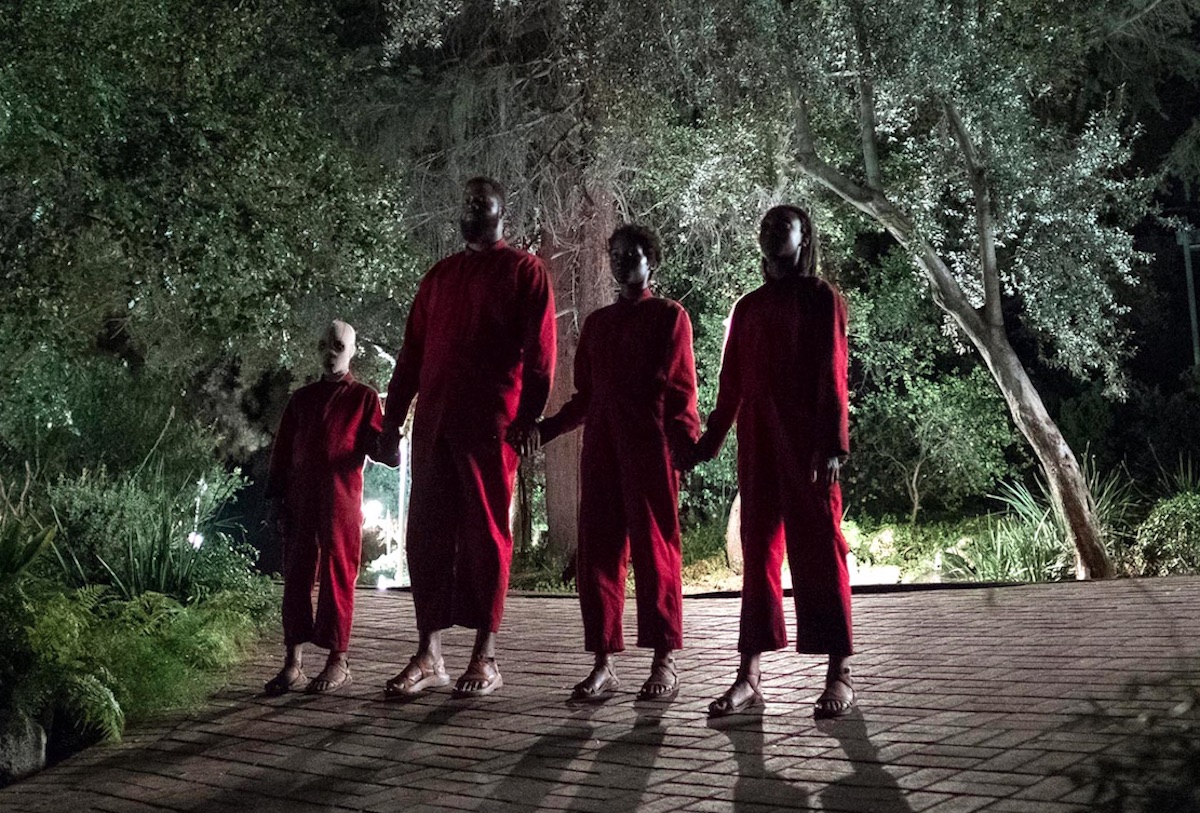 The Hollywood Reporter is breaking down some of the best reveals from the digital and blu-ray release of Jordan Peele’s Us, the horror hit that broke box office records and scared audiences across the globe. Featuring Lupita Nyong’o in a role that should get her her second Oscar, the film sparked discussions about the mythology and imagery Peele used, and with the release of the Blu-ray, we get a closer look at the world of the film.

Peele, whose skill as a filmmaker cannot be overstated, talked about the archetypes that made up the four members of the Wilson family. “I always thought of the family in terms of a certain archetypal foursome. Adelaide is the leader, the captain. Zora is the warrior. She acts before she thinks and she kicks ass. Gabe is the fool, even though on the surface he looks like he might be the leader or the warrior. And Jason is the wizard. He’s the magician,” said Peele, as reported by The Hollywood Reporter.

On the flip side, Red represents a very different archetype, one that is tied to the rabbits seen frequently in the film. The bunnies “symbolize a lot of different things. The main connection to me was Easter. [Us] is a dark Easter of sorts. Red is the messiah who’s rising from the hole that she was left for dead.”

I guess Peele has given us a new Easter classic.

The idea of Red as a messiah is fascinating. On the one hand, she is clearly the antagonist to Adelaide’s protagonist, but Adelaide did leave Red behind to suffer underground as she took over her life. Adelaide saw a chance to better herself and threw someone else under the bus to do so, abandoning her parents and the rest of the Tethered. Red, in her attempts to return to the surface, brought everyone with her. Is there something admirable in Red’s attempt at finding justice for all?

The religious imagery also appears with the biblical passage Jeremiah 11:11, which appears throughout the film. “Therefore thus saith the Lord, Behold, I will bring evil upon them, which they shall not be able to escape; and though they shall cry unto me, I will not hearken unto them.” Red, in her revolution, brings evil upon those who live above ground and many do not escape. She does not listen to Adelaide or her family. Red, the only Tethered who speaks, speaks of violent revolution. Thus saith the Lord.

The Tethered’s revolution is brutal and violent, but they are rebelling against an oppressor that is happy to live their lives without care for what goes on underneath them. Peele makes it clear that the film is an exploration of privilege and the ways those with privilege can ignore the oppression of those without.

“One of the central themes in Us is that we can do a good job collectively ignoring the ramifications of privilege. I think it’s the idea that what we feel like we deserve comes at the expense of someone else’s freedom or joy,” Peele said. “The biggest disservice we can do as a faction with a collective privilege, like the United States, is to presume that we deserve it and that it isn’t luck that has us born where we’re born. For us to have our privilege someone suffers.”

Hands Across America, whose imagery appears frequently in the film, was chosen to play into that theme. “When I thought to put the Hands Across America in this film, it was as an example of this American duality. Here you have this event on the one hand that’s a beautiful thing, right? We’re all going to get together, we’re going to hold hands, and somehow that’s going to cure hunger. The illusion that we’re contributing to something that is actually making change, as opposed to something that kinda makes us feel better and absolves us of our responsibility to enact actual change.”

Hands Across America is one of the last things Red sees before she and Adelaide switch places. She takes the imagery of nice, polite ways of drawing attention to an issue without doing much about it and turns it into a violent revolution. They will make themselves known.

Peele’s work is absolutely stunning, and the rich layers to the film only add to further discussion. I cannot wait to get ahold of the Blu-ray so I can watch the film ten more times and get something new from it each time.

(via The Hollywood Reporter, image: Universal)