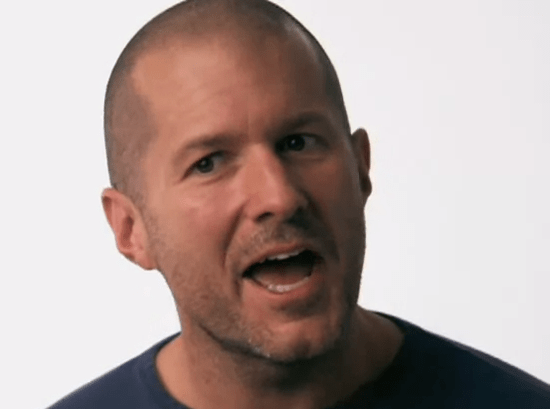 While Steve Jobs is often remembered as the father of Apple’s iconic products, UK designer Jonathan Ive was the creative mind behind the look and feel of devices like the MacBook, the iPod, and the iPhone. In recognition for his contribution to art and design, Ive has been named a Knight Commander of the British Empire in the New Year Honours list.

Ive first joined Apple in 1995 after creating a notebook mockup for the company. However, he was increasingly frustrated with the company — and looking back on the products from that time, it’s easy to understand. But when Steve Jobs returned as CEO of the company in 1997, the two found that their minds meshed remarkably well. Both shared a passion for elegant industrial design and together launched some of the most successful products in consumer electronics history.

True to his enthusiastic nature, Ive is reportedly quite happy with the news of his knighthood. From the BBC:

He described the honour as “absolutely thrilling” and said he was “both humbled and sincerely grateful”.

Mr Ive added: “I am keenly aware that I benefit from a wonderful tradition in the UK of designing and making.

Congratulations, Sir Jonathon. We look forward to what your noble mind produces in the future!