Check Out Jon Bernthal In Action as the Punisher on Daredevil 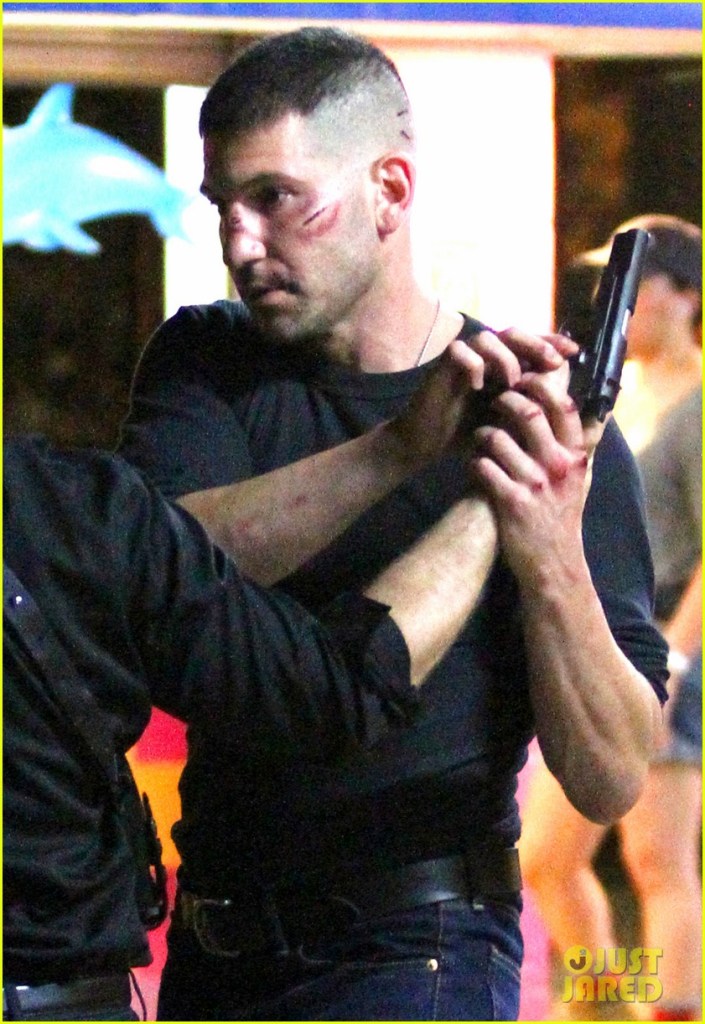 We’ve now got one of our first looks at Jon Bernthal as the Punisher in character filming a scene for this upcoming season of Daredevil. Bernthal was announced as the actor who would bring Frank Castle to life back in June, and it’s pretty exciting to see him all ready to go, looking all menacing and stuff on set. The set photos are of him disarming and beating up an unnamed character, the both of them replete with dark clothing because of course they both wear all black. This is gritty television, people. 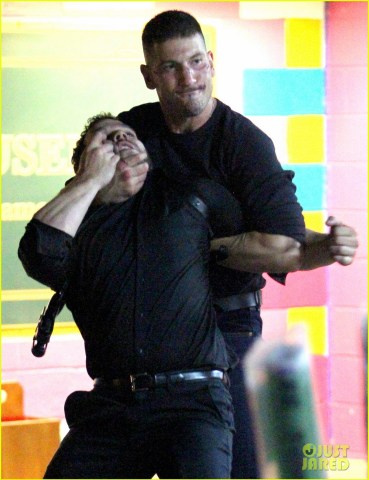 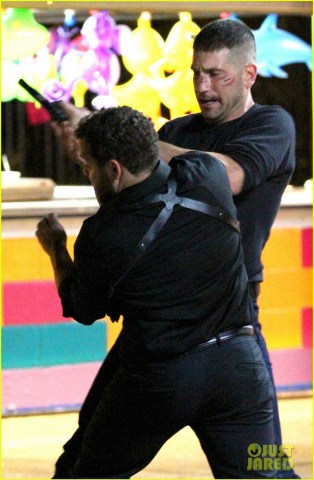 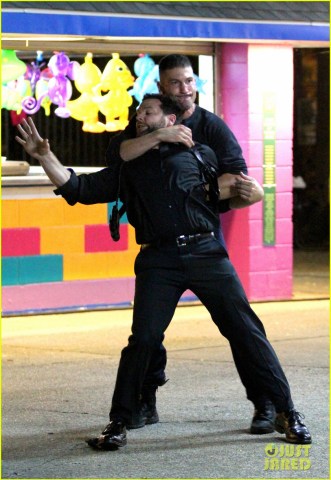 Check out the full set of photos over at Just Jared, and prepare yourselves for some punishment when Daredevil returns in 2016.

(via CBR, images via Luis Jr-Rodrigo/AKM-GSI)