"Us actors do weird stuff, man." 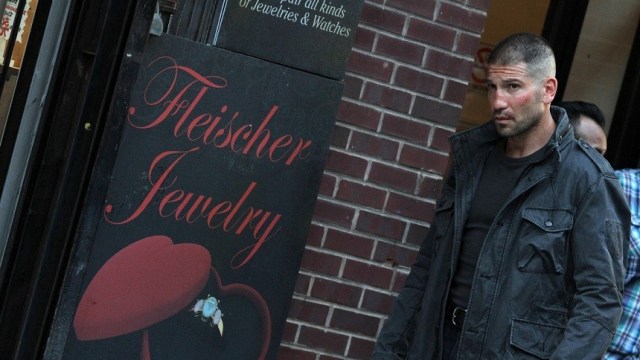 If you’re a comics fan, Frank Castle’s backstory as the Punisher is no secret. After the loss of his wife and children, Castle becomes an unrepentant vigilante with revenge on his mind, trying to go after those responsible for killing his family.

In season two of Daredevil, Matt Murdock encounters Castle early on, and the man being dubbed as the Punisher by others teaches him some lessons about what it really means to be a hero. But in order to get into the mindset of Frank Castle, actor Jon Bernthal had to go to some pretty dark places–and he says he wouldn’t have been possible for him to even play the part if he hadn’t had a family of his own.

“There’s no way I could even begin to tackle this role if I wasn’t a father and a husband in my mind.” Bernthal, who also brought the comic book character of Shane to life on AMC’s The Walking Dead, is married with three kids.

“You realize what it’s like to love somebody more than yourself and be willing to give up your life for them in a heartbeat,” Bernthal said in an interview at the Daredevil premiere with ABC News. No doubt it made it a little easier for Bernthal to relate to the journey Castle goes on, even if that was a pretty intense mindset he had to dip into for the character.

Bernthal added that the season also explores the relationship between Daredevil and the Punisher, as well as the understanding the two of them reach in regards to one another:

“They are sort of introducing this very adversarial relationship and they come to blows in every which way. As the season develops, one of the key themes is ‘What does it take to be a hero? What is a hero?’ As different as these guys are, I think there’s a real respect and admiration that grows between them.”

As someone who still hasn’t finished season two of Daredevil yet (I know I’ve had at least 24 hours already, okay, I’m sorry), I’m really enjoying Bernthal’s complex, layered portrayal of the Punisher from what I’ve seen so far. If rumors of a spinoff for this character are true, I’d be very interested in seeing what that show would look like. Maybe it’d be even darker than Daredevil?