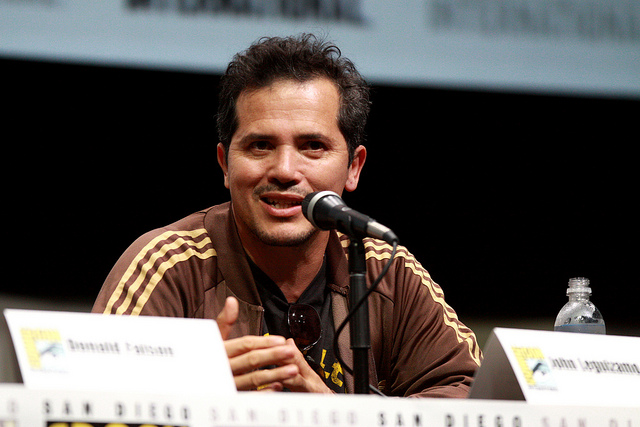 As a Latina, I always feel a special kind of pride whenever I see a Latinx hero pop up on the pages of my favorite comics. Though, to hear John Leguizamo tell it, there are none, which has me a little confused.

In an opinion piece for the NBC Think column, Leguizamo attempts to make the point that “Even though Latinx people have been fueling the comics industry since its inception, you wouldn’t be able to tell by browsing a comic book store or going to a blockbuster comic book movie.”

Now, there are two separate elements there: the comics themselves, and their film adaptations. If we’re exclusively talking film, he absolutely has a point. We have yet to see a Latinx superhero head up a major superhero blockbuster.

However, a lot of the issues that Leguizamo seems to have are in the world of the comics source material, and here’s where I have trouble with his argument. Immediately after name-checking “Gabby Rivera, who is writing Marvel’s America” as a creator, he then asks, “But when will we Latinos be good enough to be the subject of comics as well as their creators?”

Um, does he not know that the “America” of the title of Rivera’s book is America Chavez, A.K.A. Miss America, a Latina superhero who is very much the (lead) subject of her own book?

He goes on to assert that “It wasn’t until recently, with The White Tiger by Marvel, that we had the first Latina hero — and it took until 2011!”

Ahem. Allow me to push up my nerd glasses. 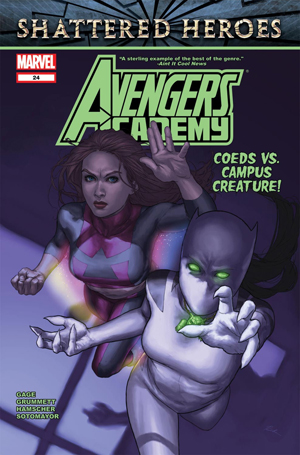 Hector Ayala, A.K.A. the first White Tiger, was actually first created as a male, Puerto Rican superhero back in the 1970s. After the name “White Tiger” was assumed by a literal white Bengal tiger (who evolved into the form of a woman of East Indian descent) as part of Heroes for Hire, followed by Kasper Cole (an African-American Jew), the character was Latinx once again.

Angela del Toro (Ayala’s niece) was White Tiger in 2003 and got her own limited series in 2006. She was followed by Ava Ayala in, yes, 2011. Ava is Hector Ayala’s younger sister.

So, of the five White Tigers, three are Latinx, and two are Latina. But that’s not the only Latinx superhero mantle.

Back in 2004, I squeed a mighty squee when I heard that, for the first time, a Latina superhero would be the protagonist of her own book. That superhero was Anya Corazon, the half-Puerto Rican/half-Mexican hero who took on the mantle of Spider-Girl. I was all over that comic, and all over the character as she’s made regular subsequent appearances! 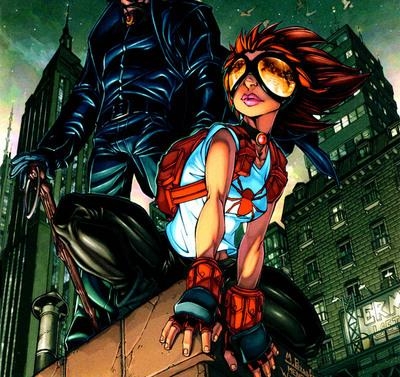 Victor Mancha became the only Latino member of The Runaways back in 2005, and black Puerto Rican Miles Morales is Spider-Man now, and swung onto the scene in 2011.

Moving away from Marvel a second, the current Blue Beetle over at DC, Jaime Reyes, is Latino and had his own monthly series.

And then, moving outside the Big Two, there are heroes like La Borinqueña, created by Edgardo Miranda-Rodriguez.

I mention all this, not to discredit Leguizamo (though as a TMS colleague said, if it were, say, Salma Hayek being so blatantly wrong about comics and comics history, everyone would be calling her “geek cred” into question), but to highlight a point that I think Leguizamo is missing.

It isn’t that there are no Latinx superheroes, it’s that there aren’t enough of them. And why is that? Probably because the ones that do exist don’t get read, and are rarely heard of, marketed, or talked about.

Leguizamo is a prominent Latino who has a comic adaptation of his show Freak coming out, and yet even he doesn’t mention or acknowledge the long history of Latinx superheroes in comics. He acknowledges creators, but not the characters they’ve already created. Whether he knows about these characters or not, I don’t know. He mentions Gabby Rivera as a creator but fails to mention that she’s given life to a Latina superhero as the star of her own book.

Not to mention the fact that there have been at least two other Latinx superheroes with their own titles. I say “at least” because I haven’t read or heard of everything, but there may be more I don’t know about.

In any case, this is important, because the comics industry is a business. While there’s certainly sexism and racism that’s endemic to the entire industry, it can’t be denied that numbers matter. If people don’t acknowledge and celebrate the characters that already do exist, what incentive does anyone have to publish more?

Leguizamo is absolutely right to talk about the importance of representation. However, to assert that there are no Latinx superheroes is to spout an erroneous accepted truth and stomp all over the work of comics creators, both Latinx and not, trying to make comics a more inclusive storytelling space.

But first, we need to go out there and vote with our dollars. Pick up a Spider-Girl trade, or catch up on America. Check out Miles Morales, or go back and read the stories of all those other Latinx X-Men. Or look past the Big Two and recognize that there’s also awesome work like La Borinqueña being done in indie comics. Let there be no doubt that we’re already eating up all the Latinx characters they’ve got…and we want more.