John Hickenlooper Enters the 2020 Primaries With Some Ice Cold Takes 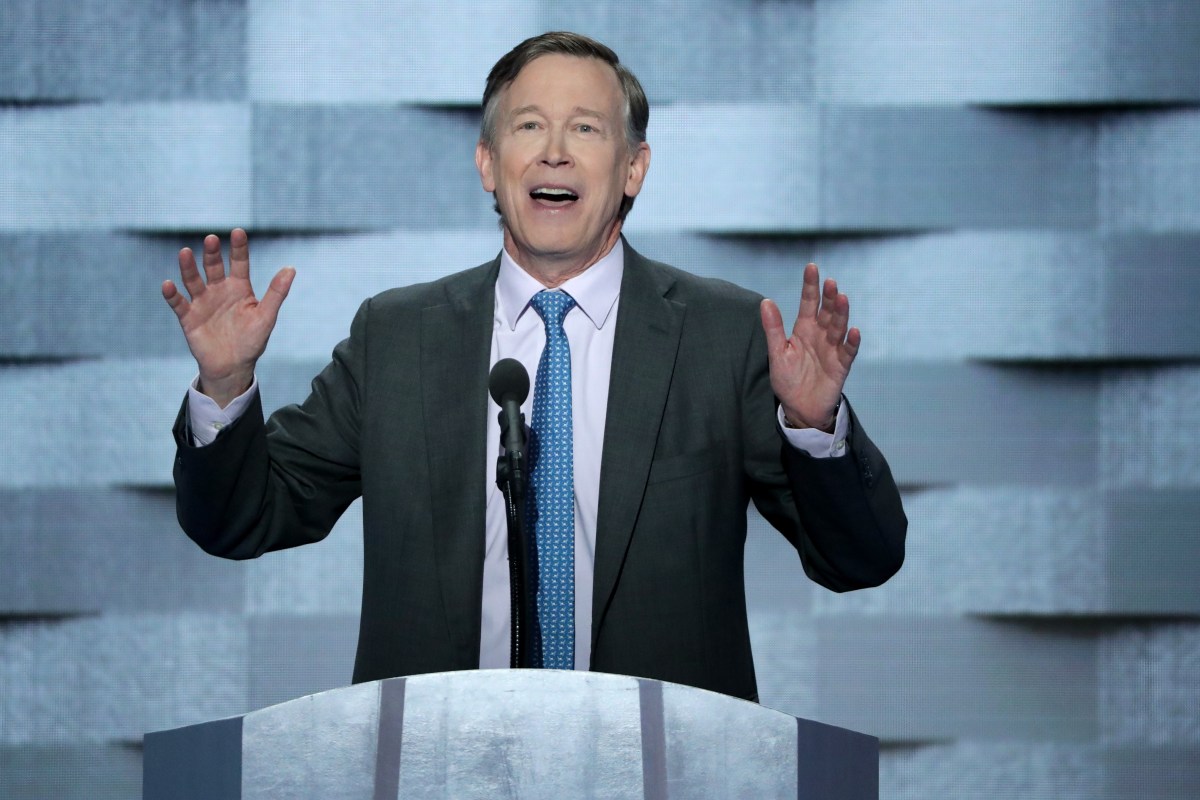 We’re still over a year away from the 2020 Democratic National Convention, where the party will officially nominate the primary-winning candidate who will take on Donald Trump in the general election, and while it’s still early, the deck is already stacked with an impressive roster of candidates.

There are the household names like Bernie Sanders, Elizabeth Warren, Kirsten Gillibrand, Beto O’Rourke, Kamala Harris and Cory Booker (and possibly but still undecided Joe Biden). Then, there are the lesser-known candidates introducing themselves to the national stage, like Pete Buttigieg, Jay Inslee, John Delaney, and Andrew Yang.

Now that the eye of the nation is upon them, it’s important for these candidates to make a strong first impression. Some are gaining steam, like Buttigieg, who made an impressive debut in his CNN Town Hall.

In a primary marked by the inclusion of multiple women and people of color, men are making it clear that they want women’s voices heard. Booker and O’Rourke have both discussed picking a female VP, and there rumors that Biden is courting Georgia favorite Stacey Abrams as a possible VP pick.

But not Hickenlooper. When discussing vice presidential picks, he said this:

Asked by Dana Bash if he would vow to put a woman on his presidential ticket, John Hickenlooper replied, “Of course,” and then said, “How come we’re not asking, more often, the women, ‘Would you be willing to put a man on the ticket?’” #CNNTownHall pic.twitter.com/AC7hWtyZ7D

Hickenlooper responded, “Of course,” then followed up, “How come we’re not asking, more often, the women, ‘Would you be willing to put a man on the ticket?’” Hmm, GREAT question, John. Maybe it’s because men have held those positions exclusively since the dawn of the nation? Hickenlooper’s “joke” fell flat, with the soundbite leaving a sour taste in many people’s mouths.

Welp, that was quick. Hickenlooper is off the list. https://t.co/Ltp2m4pbRF

Well look, Hickenlooper was hardly a frontrunner at the start of this thing, and his chances of surpassing nationally known candidates is pretty damn small. So long, and thanks for the memories!