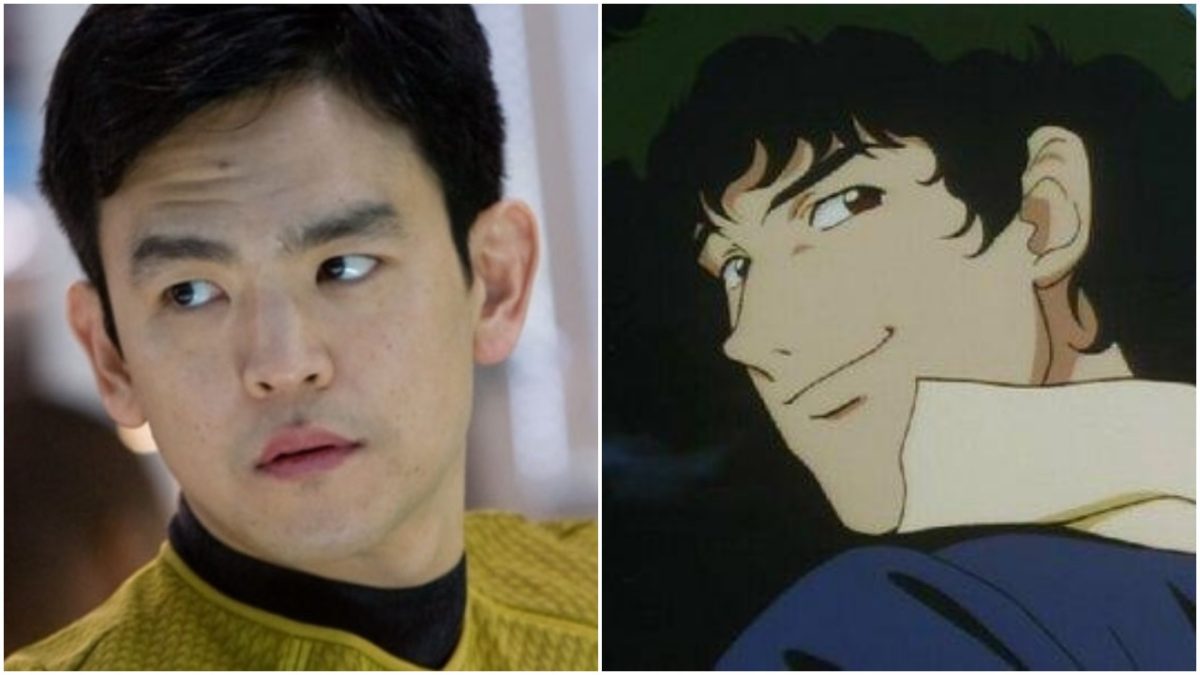 Actor John Cho, who is playing the lead in Netflix’s adaptation of the iconic anime Cowboy Bebop, was injured in what’s described as a “freak accident” on set. Cho’s knee injury required surgery, and he was flown to Los Angeles, where he’ll also undergo extensive rehabilitation. Production of the live-action series has reportedly been halted for seven to nine months, and is dependent on Cho’s prognosis.

Deadline reports that Cho’s injury came about as the result of “a freak accident that happened on the last take of a routine and well-rehearsed scene almost two weeks ago.” The production is committed to keeping Cho, 47, in the starring role of Cowboy Bebop protagonist Spike Spiegel, and it could be half a year or more until work starts up again on the project.

We here at The Mary Sue love John Cho, and we wish him all of the best as he recuperates. Cho, at least, appears to be in good spirits. After news broke about the accident, he posted on Instagram:

“Water can flow or it can crash.” – Bruce Lee Thanks for all the well wishes everyone. Gonna be back and flowing in no time!

As a fan of the bounty-hunters-in-space delightful weirdness that is Cowboy Bebop, I’m curious to see how the show can be adapted with real people (and a super-smart dog), to say the least. But if anyone can give us the Spike we deserve, it’s John Cho.

Deadline helpfully describes Spike as “impossibly cool” and possessing of “a deadly smile, a wry wit and style to spare.” Cast alongside Cho are Alex Hassell as Vicious, Daniella Pineda as Faye Valentine, Elena Satine as Julia, Mustafa Shakir as Jet Black, Rodney Cook as Teddy Bomber, and Cali Nelle as The Thief.

The adaptation will be written by Chris Yost, who wrote Marvel’s animated Earth’s Mightiest Heroes. My nerves are further quieted by the fact that the show retains the involvement of the original studio and several of the creatives that produced the anime. According to Deadline,

On Cho’s Instagram, we got a hint through earlier pictures at what’s likely his Spike hair. Will he be going full green?

It’s good to see Netflix sticking by Cho after his injury, and we’re crossing fingers that he has an easy and excellent recovery. See you soon, we hope, space cowboy.

In the meantime, if you’ve never watched Cowboy Bebop, might I recommend the following: