John Boyega Was “Adamant” for More Finn in Rise of Skywalker—and Honestly, It Makes Me Frustrated He Had to Fight for That 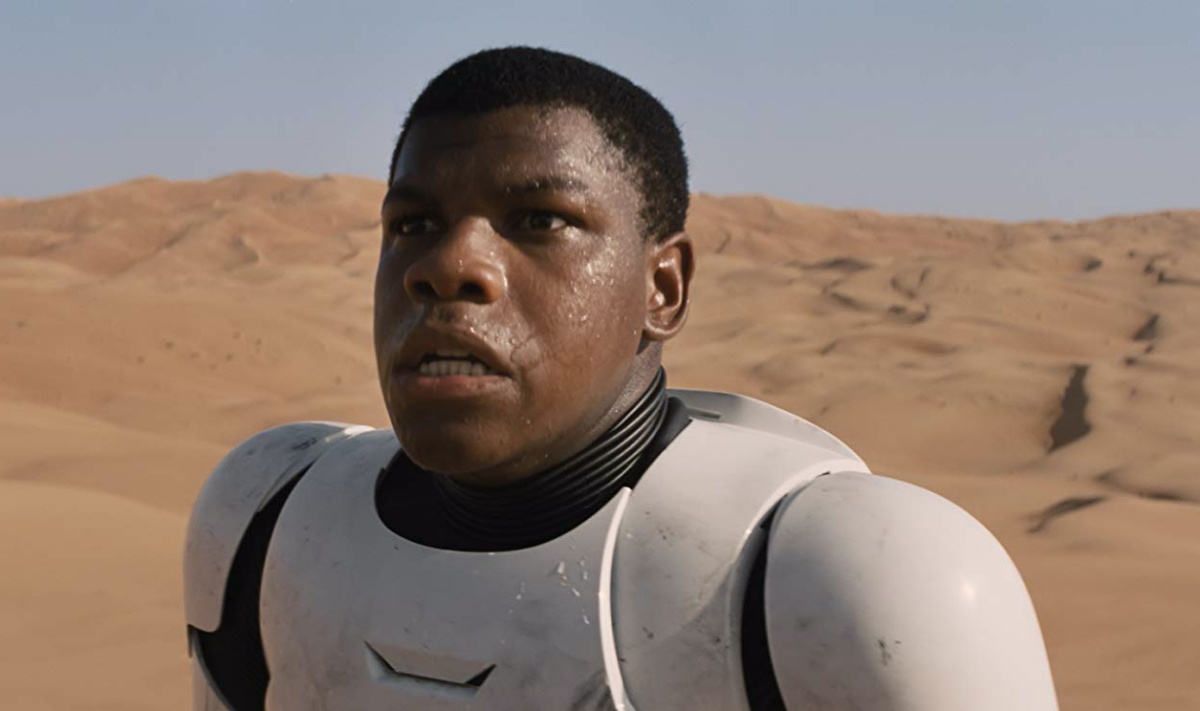 Actor John Boyega, who plays former Storm Trooper turned best friend cinnamon roll Finn in the sequel Star Wars trilogy, took to twitter telling fans that if they have felt disappointed in the lack of Finn in these most recent movies, they should give Episode Nine: The Rise of Skywalker a chance.

I hear you! Give it a shot ep 9! I was really adamant on more Finn involvement. Hopefully you like it!

I’m glad that Rey exists and that an entire young generation of Star Wars fans has her as a heroine. But I feel like as we prepare for the final installment of the series that has been overall successful despite trolls and bad-faith actors, I’m more comfortable looking back and saying that this series has been disappointing for me in many ways. Mostly in how it treated Finn.

In the first trailer for the Force Awakens, the person we first see is Finn. The images of him with the lightsaber were what got me excited. I wanted that for him. Yet, despite enjoying his character journey in these last two movies, it was just ultimately so secondary in comparison to Kylo Ren and Rey. I do not say this to remove the importance of Rey in Star Wars, but there are a lot of amazingly powerful women in Star Wars. Most of them are white women. The franchise has failed to have meaningful roles of men and women of color, with only a few notable exceptions.

That’s why having Finn as a hero, a protagonist, from the very beginning was so important for so many people. As someone who has loved John Boyega since Attack The Block, this was the thing that got me all-in about returning to Star Wars. I had Leia, I had Padmé, so this was going to be something special.

I am upset that Boyega had to fight for the right to be the co-lead he was billed to be, but I’m glad he fought for Finn.

According to Comicbook, JJ Abrams explained in a prior interview that despite everything about the transition from film to film, the group dynamic will be strong in this one:

“The story that we’re telling, the story that we started to conceive when we did The Force Awakens was allowed to continue. Episode VIII didn’t really derail anything that we were thinking about. But I will say that the fun of this movie is that these characters are all together on this adventure as a group. That’s the thing that I was most excited about to see, the dynamic between these characters that these amazing actors play on this desperate, seat-of-your-pants adventure. That, to me, was the most fun, having the group together.”

I hope so, because I was robbed of Finn and Rey friendship scenes and forced to watch Reylo collusion in The Last Jedi—and it is a crime I shall never forgive. Also, this will be the last shot for us to see a whole story for Finn because Boyega “has said that he doesn’t see himself playing Finn again” after The Rise of Skywalker, which I can’t blame him for, but still it makes it more important to get this right.

“Honestly, the bottom of my heart, I don’t think I am,” Boyega said of reprising the role. “I don’t think I am. I feel like it’s—I really do feel that way … Honestly, no, seriously, I just—this is really that movie, I think everyone doesn’t believe it, but this is that war that just ends everything. So I’m just like, wow, you know?”

Star Wars: The Rise of Skywalker will be released on December 20th, 2019, and I’ll be looking closely at Finn’s storyline.